A Beautiful Trivella, Star Man Max And A Shot Of Hope 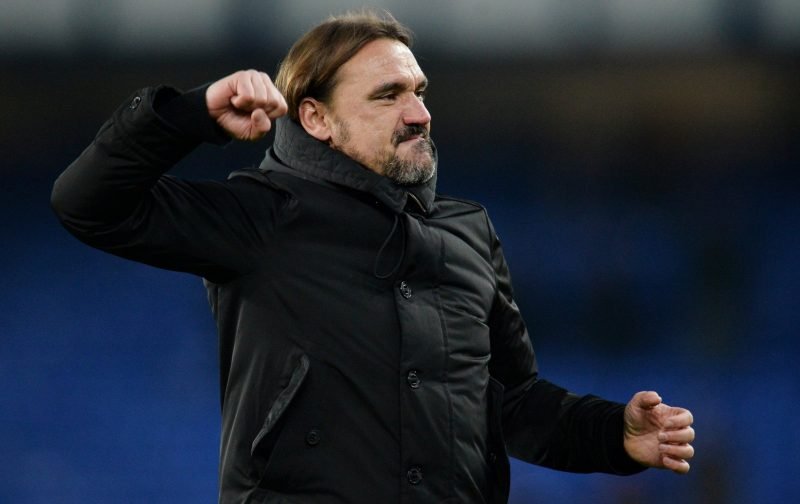 They say “it’s the hope that kills you” when you’re in a relegation battle and that is certainly a feeling that I have experienced regularly over the last four decades supporting Norwich City.

Last night’s brilliant, but narrow, win over Champions League chasing Leicester City has just given us all another shot of hope in the arm but, at least we’re still alive.

I’d written earlier in the week that it would be just like Norwich to be so abjectly poor against Wolves, following that superb showing against Liverpool, and then to turn Leicester over and that’s exactly what they did.

You couldn’t make it up.

How on earth can Norwich play like they did against Liverpool and Leicester and be where they are in the Premier League table?

The game itself was an often tense affair, although the club had done it’s best to get the atmosphere going beforehand with pitch-side flame projectors being rolled out for the first time since Blackburn at home, last season, if memory serves me.

Leicester had issued all their travelling support, which looked full, with individual flags to wave. When I went to the King Power Stadium before Christmas, each seat had a blue & white Santa hat and a clap banner attached to it. They love a clap banner at Leicester.

The Along Come Norwich boys and girls had done their usual and issued the Barclay and lower tier of the River End with their own flags and these, coupled with the visitors’ attempts ensured a colourful spectacle for the SKY cameras.

Norwich did win the flag battle quite easily though.

The big news before the game was that Jamie Vardy had not travelled with the Foxes’ squad due to a calf injury – shame. As I said to my lad as we walked down Carrow Hill “I’d much rather face Kelechi Iheanacho than Jamie Vardy” and he agreed with me.  As it turned out though, after an even first half, Iheanacho almost had me choking on my half-time Yorkie bar.

Having seen so many VAR calls go against Norwich this season, I expected little from Stockley Park as a review of Iheanacho’s “goal” was conducted early in the second half. The ball may or may not have brushed the Leicester striker’s arm before he fired home superbly after getting the better of Ben Godfrey. The bloke behind me was adamant it had and there had been cries of “handball” from the City stand in the moments before but I couldn’t be sure from the upper tier of the River End.

I was genuinely surprised that it was chalked off after what seemed ages (again). Anyway it seemed to lift the crowd, although Leicester seemed all the more determined and started to dominate the ball more.

VAR is not against Norwich City per se. What it is though is ruthless in it’s applications of the rules of the game. It cares not for “advantage to the forward” etc, it is either within the rules or it’s not, it’s also sucking the life out of football but that’s another debate.

Throughout the night, with Emi Buendia restored to the starting XI, Norwich had looked stronger and more determined. Alex Tettey was superb, rolling back the years as he steamed about the middle of the pitch, winning the ball and starting attacks. Buendia, after a patchy start, eventually got into the game and made a difference. Yes, he threw his arms about a bit but that’s Emi, isn’t it? Some of his play was bewitching, like the pass for Duda’s shot in the second half but on the other hand, he also lost possession a few times as well. As ever though, we’re better with him in the team.

Teemu Pukki was well marshalled by Soyuncu, in particular, and the Turkish international continues to impress me whenever I see him. How much will he be worth when somebody like Manchester City make an enquiry, I wonder? Pukki had few clear sights of goal, so Norwich had to look to other avenues of attack.

With the clock running down, Max Aarons again got the better of England left-back, Ben Chilwell and fired over a cross that initially looked too long. Aarons was superb and surely added even more to his prospective transfer value with such a composed and  energetic display against Chilwell, who is a very good player. That, I am sure, will not have gone unnoticed by envious eyes belonging to scouts from other clubs.

Anyway, the cross found Jamal Lewis on the other side of the box and he brought it down and then scored the most wonderful “Trivella” goal.

If you’re not sure what that is, it is a particularly difficult skill to master. The Trivella is a skill in which a player shoots by hitting the ball with curl applied by the outside of the boot and most players are lucky to score once in their career with the technique, as applied so beautifully by Lewis here.

The angle of that 2nd replay is just…🤤

What a goal from Jamal Lewis! 🎯pic.twitter.com/F3gfMYTA74

Seeing as this was Lewis’ first league goal, that’s not a bad way to open your account. The poise and technique required was breath-taking. Make no mistake, Jamal did not just stick his laces through it, he meant to score like that and replays of the goal show that it was probably the only way he would’ve beaten Kaspar Schmeichel from there. The bend on the ball is what did for Leicester’s number one.

That wonderful goal was enough to win Norwich the game and give us hope of a “little miracle”. It’s obviously not impossible to stay up from here and it is in the Canaries’ hands still, no matter how improbable five or six wins from the final ten games might look. Funnily enough, Leicester showed that sort of thing is really possible a few years ago.

Norwich looked resilient and hard to break down, with Tim Krul well protected for most of the game. James Maddison was given sporadic applause throughout the game whenever he went over to take a corner but it didn’t get too bad and the real support was saved for the men in yellow and green. Business is business, eh, James?

Friday night @premierleague game under the lights. Can’t wait👊🏻 Looking forward to being back at @norwichcityfc & Carrow Road. A club very close to my heart but business is business. Come on you foxes 💙🦊 #JM10 pic.twitter.com/gs31552beG

At the end, large portions of the crowd stayed for the Daniel Farke “Hoorays” as he made his way around the ground. It’s been a while, hasn’t it?

Aarons and Lewis walked around together afterwards, soaking up the warmth of the crowd on a bitterly cold night, safe in the knowledge that their little combination had sealed three priceless points. From here on in, this level of performance is required every week and not just against the big teams. If Norwich are to pull off this miracle then performances like this will be needed against West Ham, Brighton, Burnley et al.

In the meantime, enjoy your weekend and fingers crossed we get a few favours from elsewhere.