A Decade Of Amazing Norwich City Memories – Here’s My Favourite 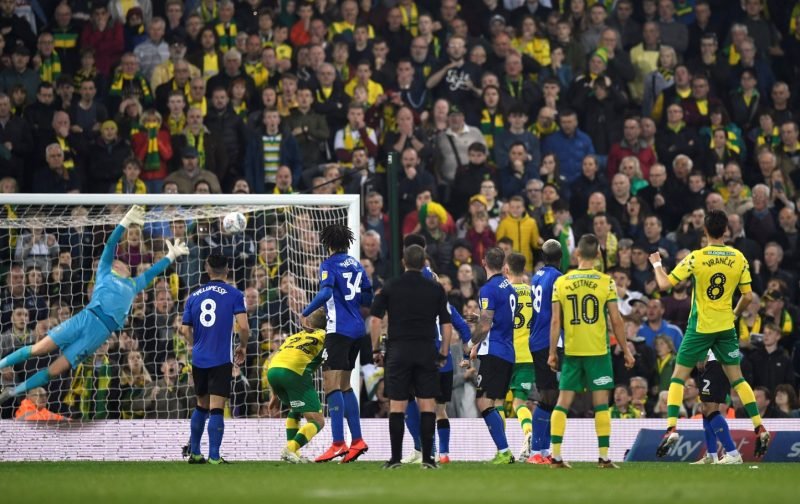 You may have seen that Norwich City’s social media team have been asking the question “What was your Norwich City moment of the decade?” over the last few days. This has prompted plenty of responses from the Canary faithful, along with plenty of videos and memories.

It’s made me wonder what was my own personal moment of the decade? To be honest, there have been a fair few, haven’t there?

One of my favourite moments was the 96th minute winner that Simeon Jackson scored against Derby County, the first game that I ever took my son to back in April 2011.

There were any number of great moments against Ipswich Town, with the 4-1 home win in November 2010 being a particular highlight.

Beating Middlesbrough in the Play-Off Final at Wembley will live long in the memory too, probably my best ever day out as a Norwich fan.

Those were all great games, as was seeing the lads win the Championship title at Villa Park last season, along with this season’s 3-2 win over Manchester City in September. All the more astonishing for the way that the Cityzens were the reigning champions and the Canaries were in the middle of an injury crisis.

But, can you pin it down to one particular moment? One single memory, a goal, I suspect, to sum up your single favourite moment as a Canary fan over the last decade? That Simeon Jackson goal against Derby comes very close but for me, and this is purely subjective, I think it was Mario Vrancic’s 97th minute winner at home against Sheffield Wednesday last season.

Here’s that moment, with a little foreign commentary and then with Chris Goreham’s Radio Norfolk commentary.

I wrote at the time, in the aftermath of it all how it made me feel and how my family and I were caught up in the moment. If you were there, you’ll know exactly what I’m talking about.

There have been so many great moments in the last decade, almost too many to mention. James Maddison’s winning goal at Ipswich, Teemu Pukki scoring in the 96th minute against Millwall, Wes Hoolahan and Jonny Howson’s wonder goals against Forest, not to mention Alex Tettey’s thunder volley against Sunderland. Helpfully, Fin Stevens has put together a few reminders for us:

As far as decades go, this one hasn’t been half bad… #ncfc pic.twitter.com/xbnel2mISZ

There are so many but for me, due to the way it made me feel and if we are talking about an individual moment, a single memory, then I’m plumping for that Vrancic free-kick.

Here’s my article from the time:

I’m a bit of a rocker in terms of my musical taste and I suppose that taste is slowing down as I get older, in terms of “new music.” From what I can make of it, it’s something that happens to us all as the years roll by and I increasingly find myself turning to tried and trusted music from bands that I loved in my youth and that I keep going back to year after year.

One band that I’ve recently started listening to again in depth is Aerosmith – widely dubbed as being “America’s Greatest Rock n’ Roll Band.” They were introduced as such on the two occasions I was lucky enough to see them live and they’re still rocking today, currently in the middle of a Las Vegas residency.

Anyway, a couple of weeks ago I was flicking through my Instagram feed and came across some footage of Aerosmith playing one of their lesser known but still very catchy tracks from the late 90’s “Falling in love is so hard on the knees.”

It’s a typical song and title with an innuendo meaning from Steven Tyler and Joe Perry and you should give it a go but that’s by the by. After watching Mario Vrancic score that stunning free-kick against Sheffield Wednesday last night, I think I can say that “watching Norwich City is hard on the heart!”

My wife has a heart problem. It raised it’s ugly head about nine years ago and her Cardiologist has never really diagnosed the exact problem, which seems crazy but there you go. She has to take a load of pills to stop her heart from racing at triple beat numbers and the best diagnosis the Cardiologist could come up with is Prinzmetal’s angina – you better look it up if you can be bothered, this is a football blog, after all.

Last night’s on-field antics at Carrow Road did no good for her heart at all, or mine or my son’s equilibrium either.

You don’t need me to explain what happened as I’m sure you were either there or watching it on TV, hopefully in the pub, but I just wanted to explain how the game affected all of us three as the final minutes ticked down before Super Mario came to the rescue.

So, there we are. Sitting in the top tier of the River End sitting four rows back and to the right of the goal as I look at it. I’ve screamed myself hoarse throughout the game. I’ve sung and shouted, quite a lot at Geoff Eltringham, and the clock is running down.

My lad is 13 and he is as keen and enthusiastic about football as I was at his age. He literally lives and breathes it, which I love. He is sitting in the middle of my wife and I and he says to me “we aren’t going to do it, are we?”

I look at the clock on the scoreboard and it reads 89 minutes, the board for time added on goes up and we’ve got five extra minutes, accompanied by a roar from the Barclay.

I look at him and say “maybe not this time but there’ll be a chance or two more yet.”

It’s then that I look across to my wife and see that she is looking down with her hands over her face.

“Are you alright? Is it your heart” I say.

“Yes” she  says and nods. I can’t really say too much more at this point, other than “try to keep calm and take some deep breathes” but what a situation.

Prinzmetal’s angina isn’t like normal angina in people whose arteries are clogged, her arteries are clear. Stress and strain on the heart seem to cause it and I imagine that we all felt some form of strain or stress on our bodies in those last few minutes.

My lad puts an arm around his mum as she assures us that she’ll be alright and then Mario Vrancic is fouled just outside the Sheffield Wednesday penalty area at least I think it was Vrancic, it’s all a bit hazy as I write this.

I look at my lad and wife, she says “this is it, last chance.”

My lad has tears welling up in his eyes.

I honestly did say that, maybe just to try to comfort my lad. Nobody wants to see their child cry, do they? It was all I had left in my locker.

Vrancic steps up and the whole stadium has their hearts in their mouths. I watch Mario and he places the ball, casually just a yard or two back from where the foul happened, to give himself some extra room to get the ball up and over the Wednesday wall and then he measures his steps to the ball and gets set.

I leap to my feet and my wife and lad do too. I’m screaming, shouting, my lad grabs me and I grab him. I anxiously look at my wife and she’s beaming from ear to ear, no sign of pain, only joy.

She nods, “Yessssss” she shouts.

I feel like I can enjoy the celebrations properly and boy, do we celebrate, all of us, those around me, we are all ecstatic.

Incredibly, quite a lot of people had already left from in front and behind me. Have these people learned nothing? Where else have you got to be at 9.50pm on a Good Friday evening? Surely you can’t be more concerned about beating the traffic than feeling what I am feeling at this moment, can you?

The whole bench are on the pitch and celebrating with the players and Mario, wonderful Mario. I can’t see Daniel Farke and later heard he sat impassive in his seat, unmoving. Wow, just wow.

Every sinew in my body is straining with an explosion of joy and huge relief. The adrenaline pumping through my body at that moment gives me the strength I need for flight or fight but at this moment, I’m using it for nothing but pleasure and to help me jump up and down, shouting I forget what.

The game briefly re-starts and then it’s over.

We wait, as has become the custom, to applaud our players and our Head Coach as he conducts not just the Barclay but the whole stadium after a 2-2 draw. We haven’t won anything but this is a weekly occurrence and we all love it.

After they’ve all gone down the tunnel, we turn to leave the stand. My legs feel like jelly as the adrenaline and endorphins crash dramatically and my brain knows it has to guide us back up Carrow Hill to Yarmouth Road.

My wife is okay and assures me she is during the several times I ask her as we walk towards the Holiday Inn.

So that, my friends, is a little insight, a snapshot of that moment that might turn out to be a season defining moment. A massive point, just a point but this is what it means to follow a football team. To invest yourself wholly, to give everything you have and to feel it, to truly feel it in your soul.

Like I say, watching Norwich City is hard on the heart.

That’s my favourite moment, what’s yours? Sadly, Word Press only allows me four voting options and I know that’s not nearly enough. I almost forgot Timm Klose’s equaliser against Ipswich Town as well!

If you’ve got a different favourite memory then leave a comment, there’s no right or wrong, it’s your favourite remember!

Favourite Moment Of The Last Decade? 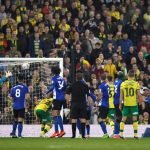 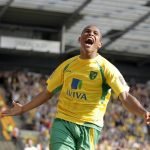 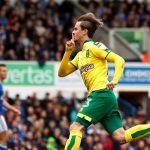 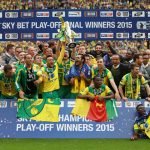