A Game Of Two Halves, Tettinho And Get Pukki In The Game 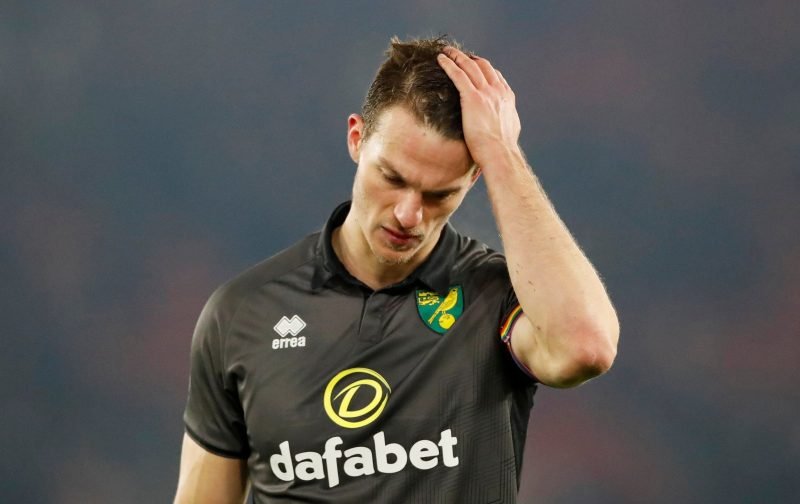 Norwich City succumbed yet again to one of their relegation rivals as they went down 2-1 at St. Mary’s against Southampton on Wednesday night.

To describe this as a game of two halves would almost be an understatement as you can see from some of the statistics below.

Game of two halves? You bet.

Daniel Farke named an unchanged team and having just run Arsenal very close with that same side only three days earlier, I doubt many of us would’ve done anything different. Alex Tettey was back in the squad and Patrick Roberts dropped off the bench to make way for the returning midfielder.

After a nervy opening ten minutes, City started to control the ball for the next ten minutes and then Southampton scored. Todd Cantwell gave away a cheap free-kick in the Canaries’ right back area which James Ward-Prowse played into the near post. Danny Ings beat McLean and Godfrey to the ball and flicked the ball past Tim Krul from close range with the clock showing 22 minutes.

After that, City were visibly rocked while the Saints pulled all the strings and added a second just before the break from a Ward-Prowse corner. Shane Long won the header and the ball fell to Ryan Bertrand who slotted home from four yards out.

He was completely unmarked and it showed a clear breakdown in zonal marking. There were two men on the posts but neither moved off the goal line to mark Bertrand, who just ghosted into the space for a simple tap-in.

The next four minutes or so before the break were harrowing for Norwich, who could so easily have conceded a third goal, effectively ending the game. Farke had already changed the formation to go three at the back, with Amadou dropping in on the right side of the defensive three but even so, it was a nail biting few minutes which City ultimately survived. 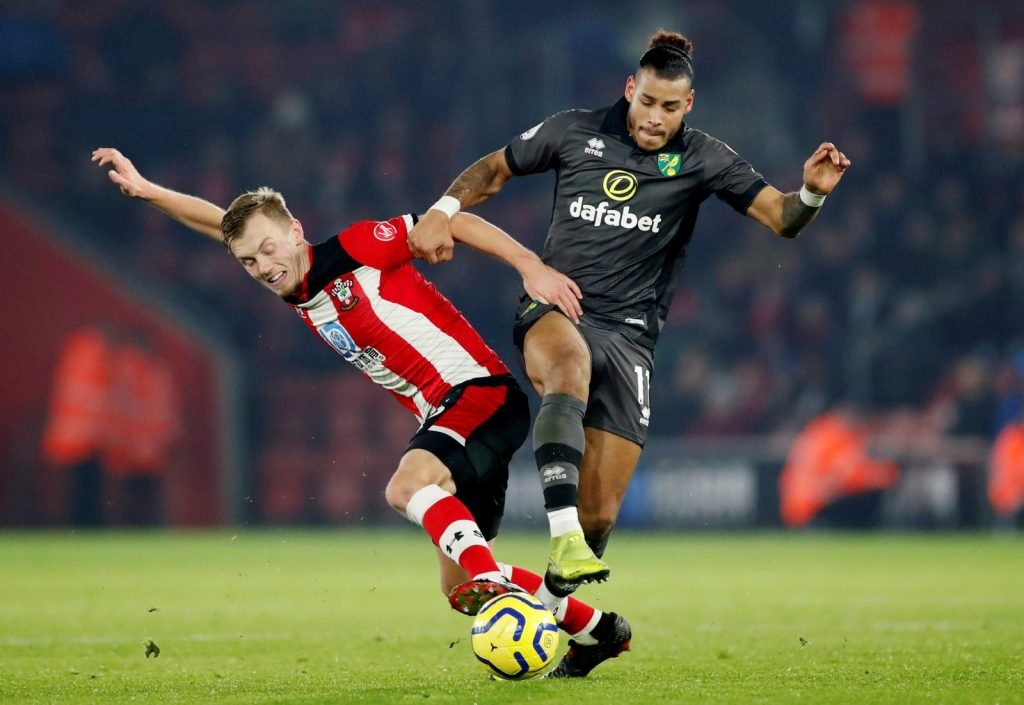 I was, like you probably were, screaming at my TV that we needed halftime changes but what actually happened had me scratching my head. Farke replaced Trybull and Amadou with Stiepermann and Tettey, which I don’t think any of us could’ve predicted.

Kenny McLean dropped back alongside Tettey and Stiepermann went up to support Teemu Pukki, something that hasn’t really worked for much of this season. Anyway, once again, it just shows that I’m not a football coach as City started to get back in the game with Pukki forcing a first save out of Alex McCarthy within seconds of the re-start.

As you can see in those stats above, the way that Pukki got into the game in the second half when compared to the first was like night and day and that has to go down to the changes. Alex Tettey, in particular, was excellent. Is it me, or is he getting better and better with age?

He did his usual destructive side of the game but also provided the assist for Pukki with an excellent through-ball, straight out of the Kenny McLean highlights reel. Alex doesn’t really do assists though.

Getting back to the earlier stats though, that show the marked difference between the two halves, the one concerning Pukki’s involvement is the most damning.

Just seven first half touches of the ball and two of them were kick-offs!

I suppose we need to give Farke some credit for changing it to get his prolific front man into the game but the first 45 minutes were effectively a write off, giving Southampton the two goal head start that they needed to see out the game. They came off the pitch at the break, joking, laughing, smiling, like it had been a practice match and that annoyed me.

We just didn’t put up enough of a fight to make them think otherwise at halftime.

That might sound a little harsh but I don’t think it’s unjustified when you consider that Norwich have been comfortably beaten by Burnley, West Ham, Palace, Aston Villa, Watford and now Southampton. All of them are teams that City would, on paper at least, expect to be competitive against and we just weren’t able to be that for enough of the game.

It’s very frustrating when you see how we played against Newcastle, Man City, Chelsea, Bournemouth, Everton and Arsenal to then see, in the games that really, really matter that the boys just can’t cut it.

Anyway, on the plus side, I though that Zimmermann is starting to show how badly a big, strong, specialist defender has been missed at centre-half. His aerial ability, strength and always surprisingly quick turn of pace have been badly missed and it’s good to have him back.

Pukki again showed that he is the best chance that City have of making a real fist of the season and staying up. There is a long way to go yet but as we can see with those second half versus first half stats, if you get him involved in the game then he will more often than not score or make something happen.

Finland have managed to do that and Farke needs to find a way for his players to do the same if they are to have any real chance of staying up.

Next up are a Sheffield United side that are really making a fist of the season. They have been excellent, so much so that Dean Henderson has become my Fantasy League goalkeeper with John Lundstrum as a bargain “centre back” who plays in midfield and scores goals. They are so tight at the back threat even the best teams in the league have struggled to handle them and all credit to them and Chris Wilder.

City struggled to deal with them too, last season, and now they are stronger after some summer investment. It won’t be easy but we are at home. Another Sunday 2pm kickoff due to the Blades being live on Amazon Prime tonight.

With regard to Prime, I thought the coverage was good and I welcome their involvement. I already have Sky and Prime, which obviously offers more than just TV and Sport, but draw the line at BT Sport as, well, I draw the line because I’m not John D Rockefeller.

Prime will also be showing all the Boxing Day games live, which is good news.

Onwards and upwards, On the ball City!!!