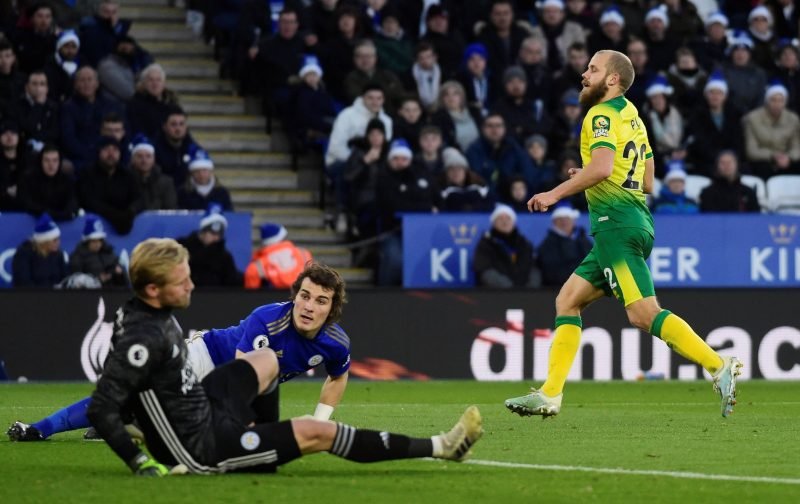 I love an away day but I get to do so few of them these days due to what’s known in today’s parlance as work/life balance. I work shifts and only get three weekends off on my ten week shift pattern, which means I often have to use my holiday allowance for football matches.

I have a season ticket and make sure I get to every home game but once you factor in a family holiday, that holiday allowance runs out pretty quickly meaning away days are a luxury.

Anyway, Leicester away on a Saturday when I have a day off? It had to be done.

These days, I’m a big family man so the trip was with Mrs T and our son, Callum, whose first away day was at Aston Villa on the final day of last season, not a bad one to start with eh?

Google maps suggested that it would take us around three hours by car so we left about 9.30. A stop at the new McDonald’s at Snetterton for breakfast and we were on our way again and despite a Sat Nav detour due to traffic on the A14, we made it to our pre-booked parking spot at 1pm.

I don’t know if you use this app yourself but JustPark is my goto in these situations. I’d never been to watch football in Leicester before so had no idea where to park. I don’t like the idea of just pitching up or trying to find an NCP or something so JustPark lets you park on somebody’s driveway nearby. You get to see reviews of the space from other users plus a street view too. It’s very good and cost me £9.50 booked from 11.am – 6pm for security, piece of mind and ease of use.

We walked the 20 minutes to the ground and had a look around the Foxes Fan Store before making our way into the away end. I asked a member of staff in the Fan Store where the away end was and he gave me directions finishing with a cheery “good luck.”

Inside the away end, the atmosphere was fairly subdued, in stark contrast to our last away trip at Villa in which the away stand concourse was literally jumping. After some refreshments, we went outside to check out the seats. I have to say that the King Power is a very impressive stadium.

It was a bit more than that but nice gesture #ncfc #OTBC pic.twitter.com/jnK5Ly10s9

Clean, well designed and completely fit for purpose. A very nice place to watch football with a great view from the away seats. As the City players came out to warm-up, they received a huge shout of “YELLOWS, YELLOWS, YELLOWS” as they all came over to acknowledge us. By contrast, the home fans had blue and white Santa hats and the dreaded clap banners on every seat. When the teams were announced, James Maddison received a round of applause from the travelling Canaries but I didn’t feel we wanted to make too much more of it than that.

The game itself will be covered elsewhere in detail, so I’m only going to give you my thoughts from the away seats.

Norwich started brightly and looked up for it, right from the first whistle. Todd Cantwell was showing some lovely touches and Teemu Pukki was making good runs right from the start.

One thing that I noticed early on was a chap, a Norwich fan, sitting in the disabled seats behind Tim Krul’s goal. Leicester had a shot go wide  and he was out of his seat and giving it large to the Foxes fans behind him – Brave, I thought.

Anyway, the game went on and suddenly we were in front.

A perfectly judged through ball saw Pukki race away from Soyuncu and suddenly, he’s one on one with Schmeichel. Time seemed to stand still as he took his shot and it felt like an age as the ball was coolly slotted past the Danish number one. The away end went mental, as you’d expect and the noise level, which had been consistently loud throughout, went up another notch.

Winning away at in-form Leicester City? That’s a little eyebrow raising to say the least.

What then happened was that City conceded an equaliser from a Maddison corner to a Vardy near post flick that Krul could only palm into his own net. Vardy’s movement was good but he should never have had the chance to head the ball goalward and yet again, zonal marking wasn’t carried out properly. It’s a real continuing issue and needs sorting out.

In the aftermath, that chap I mentioned earlier got himself chucked out.

For such a good ground, there didn’t seem to be a dedicated disabled area and the wheelchairs were simply lined up along the front of the stand behind Krul’s goal, front row of that stand effectively.

This chap, wearing a Norwich shirt under his open blue puffer coat was being spoken to by stewards as clap banners rained down on him. He made gestures to the stand behind him and the stewards had seen enough. He was being man handled out and he was resisting. Another steward was pushing a little old lady in a wheelchair out behind him, presumably he was her carer!

The home fans cheered and this numpty was getting kicked out before half-time with an old dear in a wheelchair that he was presumably supposed to be looking after. Poor form old boy, very poor form.  Hopefully, for the old dear’s sake, he didn’t get nicked outside.

The big talking point before the goal was Iheanacho’s decision to play on after Tom Trybull had put the ball out due to Pukki (and a Leicester player) going down after a tackle. Pukki later revealed he broke his toe and played on with it too – nails.

So the ball is thrown to Iheanacho, who decides to play on, to the amazement of the Norwich players and fans, rather than play it back to Krul. As he sprinted to the edge of the area, Zimmermann brought him down and all hell broke loose. The Norwich players surrounded Iheanacho, who rolled around on the ground as the referee struggled to regain control, and eventually Cantwell was booked for his reaction, which was to grab the prostrate Leicester forward by the collar. He then held his throat like he’d been strangled. A pathetic reaction.

A free-kick was given and Maddison deliberately rolled it wide of Krul’s goal as the Leicester players all walked off, acknowledging their player’s lack of respect.

On 39 minutes, just after the equaliser, Iheanacho was hauled off. He was booed at every touch, as you’d expect but there was no doubt an element of tactics involved too as Norwich were dominating the midfield.

After the break, Leicester had the better of it as you might expect.

Vardy hit a post but Krul wasn’t overly troubled by much else. Norwich were a threat on the break and Pukki’s movement, broken toe and all, caused problems. He had two good chances with balls over the top but Soyunchu was all over him each time and stopped the Finn doubling his tally. I doubt the toe helped.

It finished with a point apiece and that was about right, although it’s a game Norwich had clear chances to win.

The Canaries were bright throughout and worked very hard to get something out of this game. Pukki, Cantwell, Buendia, Aarons, Tettey, they all had good games. Nobody had a bad game, which is crucial for a team like ours in the Premier league. I could name all eleven players as having had a good game.

The travelling Canaries were noisy and great company throughout. They sang from the first whistle to the last and as ever, you can see what the support means to the players.

After the City players had been over and Farke had done his thing, always great to see and take part in but sadly not often enough these days, James Maddison came over and applauded the Norwich fans. Fair play.

On the way out, I chatted with a couple of Leicester fans who were full of praise for Norwich. They liked Ben Godfrey and Pukki and very much liked Max Aarons, who had a stonking game.

As we were nearly at the car, another couple of fans told me that we were the best team that they’d seen at the King Power this season. High praise indeed.

The trip home was leisurely and easy until we got to the A47 at the Blofield Heath slip road when we found an Ambulance crashed into a tree!

Luckily the crew were okay and didn’t have a patient on-board, so we finally got home about 9pm.

A long day but a great day out.