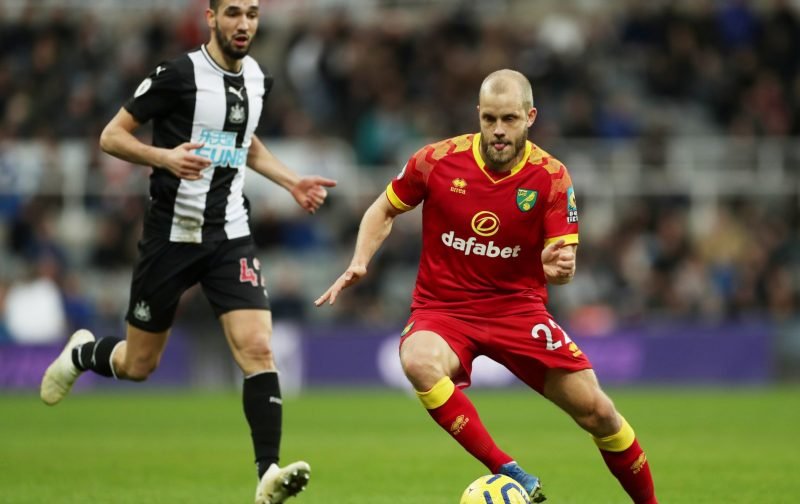 A couple of weeks ago, Danny Murphy described Norwich City on Match of the Day as being “the best bottom of the table side I’ve ever seen.”

That’s all very well but it is, in some ways, a backhanded compliment.

We all know Norwich play some nice stuff at times, and usually when Emi Buendia is involved, it’s been absolutely sensational. You only have to look at the highlights reel from the home game against Manchester City (sorry to harp back to that) amongst others to see what the Canaries are capable of.

It wasn’t just a fluke for that one game though, there have been numerous examples of excellent play for long periods of games in which City have been dominant and yet failed to make their dominance count.

Sheffield United, Wolves, Aston Villa (away), Leicester, Arsenal, Spurs (both home and away) to name but a few and now you can add Newcastle (away) to that list. I get that if you’re not a Norwich fan and you’re reading this it will sound like a would’ve, could’ve, should’ve type of piece but that is, I think, the reality.

The Canaries aren’t far away from being a good side in this division, they’re capable of taking points for sure, but it’s just been too few and they’ve been undone by defensive frailties (and injuries) too often.

They have also failed to take their chances when they’ve come and since his toe injury, Teemu Pukki has looked a little out of sorts. He’s scored from the spot a couple of times to keep his goal tally ticking over but he’s also missed a few one-on-one chances as well.

Pukki gets no real criticism from me though because of what he has done since he came to the club. He is a huge part of why City are even playing in the top flight this season and while I’m  not saying we wouldn’t have been promoted without him, I am saying that if he hadn’t moved to Norwich two summers ago and Jordan Rhodes had been our main striker that Rhodes wouldn’t have scored so many goals. He certainly wouldn’t have finished last season with 29 Championship goals.

Chances came and were spurned by both Pukki and his team mates against Newcastle. Martin Dubravka was tested first after just five minutes when Sam Byram headed a corner at goal but too close to the Toon keeper, who got a palm to it.

Then it was Pukki’s turn to be denied by Dubravka, who tipped over the Goat’s fierce effort from the edge of the area. The Newcastle keeper was excellent all afternoon long.

The game saw 20 corners and City had 12 of them. Ondrej Duda’s delivery was good throughout but the Canaries were unable to convert that tally into goals. Newcastle’s best effort of the first half came to the mis-firing Joelinton, whose header was palmed away by Tim Krul.

I mentioned Pukki earlier and he had two more good chances in the second half. First he fired over when well placed after City got the better of a three on three situation and then he shot tamely at Dubravka after Duda had played him in, one-on-one.

There were boos at the final whistle from the home fans, dismayed at seeing their team just not doing enough while those in yellow and green shook their heads and wondered how on earth all the points weren’t going  back to Norfolk with them.

If you’re a regular member of the travelling Canary faithful then this will have been a familiar feeling. The difference is though, that despite not having a regular goal scoring striker, Joelinton has one Premier League goal and cost £40m, Newcastle are adept at game craft. That ability not to lose too often and get a goal, perhaps the odd goal.

Newcastle have managed not to lose seven games this season by just scoring one goal and they won four of them, grabbing all three points against Man Utd, Spurs, Palace and Chelsea.

Thats the difference, “fine margins” as Chris Hughton used to say every week but it’s an issue that continues to blight the club. Imagine what would’ve happened this season without Teemu Pukki?!

Looking ahead, there are plenty of positives to think about for next season in what will almost certainly be a Championship return. Lukas Rupp looks a great acquisition and the new signing of Sam McCallum promises much as well. There will certainly be departures like perhaps, Aarons, Lewis, Buendia, Godfrey and maybe even Pukki but how many times can Norwich keep going up and down and not consolidating?

This will be the first time it has happened under the guidance of Webber/Farke so maybe it will be different this time and we won’t just struggle in the second tier. We keep hearing that there is a plan, from lots of fans on social media, desperately clinging to any positives that they can find and it remains to be seen if anything will be different this time. I’m certainly more encouraged with Webber and Farke in charge than say, Alex Neil but the proof will be in the pudding.

At the moment it feels like could’ve, should’ve, would’ve.