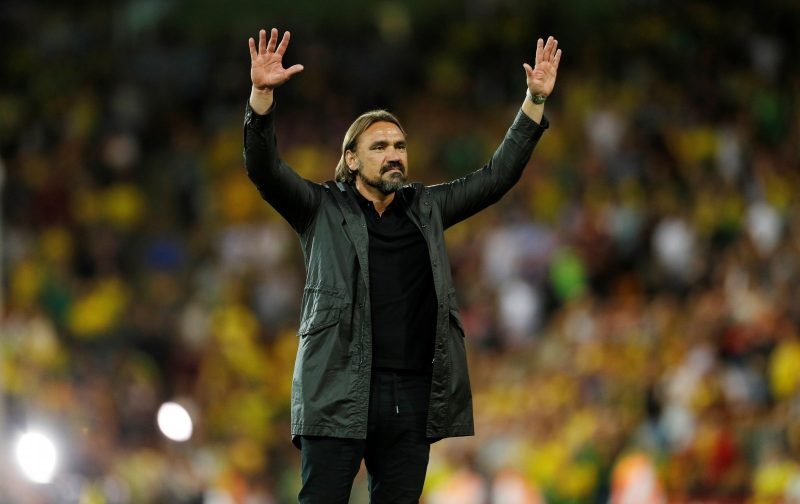 Norwich City put on the performance of a generation on Saturday evening, when they defeated a footballing super power in the shape of Manchester City.

Bank rolled by the Royal family of the United Arab Emirates, so effectively owned by a country and with the first squad to cost over £1 billion, they have an embarrassment of riches in all departments.

They have the best Head Coach in the world, Pep Guardiola and his assistants are all the best that can be hired.

Pep has the best forwards too with Raheem Sterling, arguably the Premier League’s best player (at the moment), Sergio Aguero, one of the all-time great Premier League strikers and those two are supported by Bernardo and David Silva and Kevin De Bruyne.

In defence, he has a few issues though.

I’ve never really thought that Kyle Walker was quite good enough for this team. He has always relied on his pace far too much and his passing is often wayward, as it was here.

The defensive pairing of Stones and Otamendi looked like they’d barely ever played together before and that will be something the great Pep has to work on.

There’s been plenty written about both teams over the weekend but what did the fans think?

There’s only one way to find out, let’s have a trawl through the Twittersphere…

This is not a drill…

A #MCFC has declared that Pep Guardiola should be sacked.

To the utter disbelief of @alibruceball & @chris_sutton73, apparently the club have "regressed" and that Pep has "lost the dressing room" ????

'I will back them. I will protect them and I will not be annoyed if it is not the perfect performance. All I ask is they are brave and they have invested everything.' Great words from Farke – shows what a brilliant man manager he is #ncfc

No Klose.
No Zimmermann.
No Trybull.
No Roberts.
No Leitner.
No Vrancic.
No Aarons.

Norwich become the first side to beat the Premier League champions since January.

To all the Norfolk folk who live round here and continue to ‘support’ one of the big boys… that was for you. If only you knew how good this felt #ncfc

A thing of beauty #ncfc pic.twitter.com/uekaK6hzEk

I love that Daniel Farke is now doing this with all sides of the ground. Remember wanting it last season.

From other parts of Carrow Road looking at The Barclay thinking ‘why do they get all the fun’ to a stadium now rocking as one, like tonight. #ncfc

As I said, it’s a brilliant goal. #ncfc

What a bloody nice club, eh. What a bloody good team. What character to play like that with so many injuries. That's a side with real identity. Fair play to 'em. As much as it irks, any game City or Liverpool lose makes the league more interesting. #ncfc #mcfc #mancity

A Pep talk for Daniel Farke after that amazing #ncfc win. pic.twitter.com/i6aNCQWTD8

One final thought before bed.

I was sat in Carrow Road after the supporters had left, finalising my match report and my ears were ringing, that’s how loud Carrow Road was today. #ncfc

Not a bad first game to debut for the @pinkun????

This photo is everything. This team makes me believe anything is possible. City till I die pic.twitter.com/QPFXXiJeBX

Players from the last eight years to score against all of the previous season's @premierleague top three before the halfway point of the season:

I honestly think it's the best win I've ever seen here at Carrow Road – and in its most incredible atmosphere.

The most special of football nights in Norwich. #NCFC

Whoooooo!!! What a simply staggering performance – on Norwich, Norwich, Norwich how we love you. And that crowd! The #YellowArmy have never been more involved. A glorious page in Canary history has been written. #ncfc @NorwichCityFC pic.twitter.com/EMtPSknpJ4

Can we talk about how absolutely incredible Sam Byram was today? #ncfc

Thought Man city were very naive coming to Carrow road and trying to go toe to toe with #ncfc tonight considering how many goals Norwich score at home.

Can we have a Jamal Lewis appreciation tweet? The man was AGAIN incredible today #ncfc

Not sure I’ve ever seen such a rapid improvement in a player as we are currently seeing in Todd Cantwell. Composed on the ball, breaks the lines, grafts, bags of flair & now has an end product. How much are our young players worth?! Wow ???????? #ncfc #farkeball

Amazing result and fully deserved, to a man #Ncfc were brilliant, making a World class team look normal, buzzing for the players, staff and fans!

Loved hearing Redknapp and Hughton giving #ncfc proper credit at the end of that game. Their focus was rightly on how good Norwich were, not, as is often the case, how bad the (top six team) were. Kudos chaps.

Brilliant. Those who go know.

First time for about 2yrs where City have been beaten & there was no sense that we'd been cheated by the referee, tripped up by stupid luck or anything like that. We were just outplayed by a team who were better than us on the day. Chapeau, Canaries. #MCFC

As a MCFC fan I have to say Fair play to @NorwichCityFC great team ethic and a cracking set of players and fans! Credit in the league #NORMCI #Norwich #MCFC

Not going to lie, i'll go to bed in a foul mood and it'll last until we next win, but we have to take defeats like that on the chin as supporters. When teams park the bus and do you it stings. When teams try to play, less so, for me anyway. Good luck to 'em. #ncfc #mcfc #mancity

No exaggeration this club is beyond finished when Agüero leaves. We'll never be able to replace someone like him

Most of Norwich City's injured lads were waiting by the side of the tunnel to give the team a pat on the back as they went in at half-time.

Hugely impressive, taking ideals practiced in the Championship & turning it into a @premierleague performance like that. Limited possession, & #ncfc played some lovely stuff.

A day without.. tough result to take but credit to Norwich tho. Gotta do more & better @mancity ???????? pic.twitter.com/RtClSeNAZp

Goalkeepers this decade to concede more than two goals against Norwich City without making a save:

Supporter since my first game in 1971. Some incredible days, nights but this is right up there with them. Even more special because of the injuries. Every player scores a 10 from me.

Little romance in Premier League, but Norwich are all that's good about football and Life. Tiny squad built with brains not money, depleted by injuries, outthought and outfought a Super Power. Fearless. Tenacious. Tireless. May the memories their fans made today last a lifetime???? pic.twitter.com/Ikjo362EIw

Norwich laid out a new blueprint to beat Man City. All you need is a newly promoted team ravaged by injuries, a manager who looks like a professional wrestler from the 1970s, and a Finnish goal machine whose surname doubles as a Malaysian swear word.