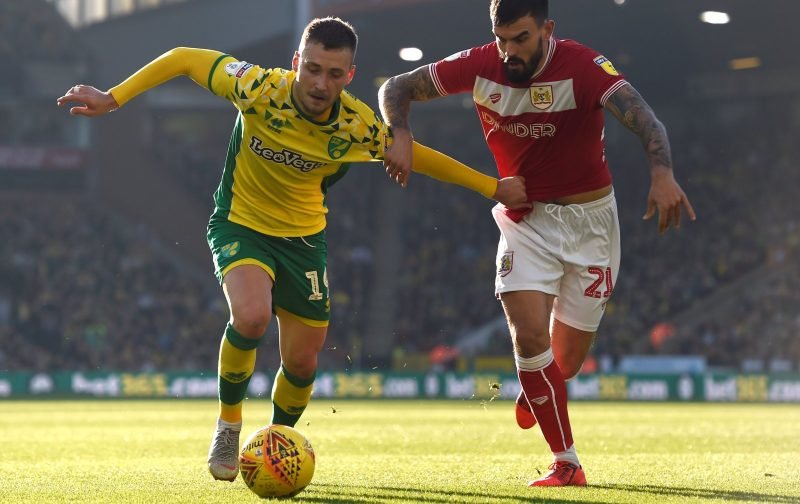 One of my greatest fears going into this Premier league season was that we would suffer long-term injuries to important players.

Norwich have had to start the season with only two fit centre backs and have now lost Timm Klose for an extended period of time, certainly months, just as he was returning to fitness.

It seems though that if there can be a sliver of good fortune for Timm, it is that he has damaged his right Posterior cruciate ligament, rather than his Anterior. This will still require surgery and see him miss a number of months as he recuperates but it’s not likely to be up to the year that damaging the ACL can see a player out for.

That’s likely to be a small crumb of comfort for Timm though.

Now, in another cruel twist of fate, the club have announced that Tom Trybull will miss six weeks with ankle ligament damage, suffered in the 2-0 defeat at West ham on Saturday.

???? The Canaries have been dealt a triple injury blow ⬇️ #ncfc

Tyrbull has been an important cog in the centre of the City midfield and completed the full 90 minutes at West Ham. Much will depend now on the fitness of Grant Hanley for the upcoming visit of Manchester City in ten days time.

Hanley missed West ham with a groin strain but seems likely to be fit again for the visit of Pep Guardiola’s Galacticos, at least that’s what Michael Bailey is saying.

Hanley will be fine for Manchester City, unless he has another setback. #ncfc https://t.co/WiBgUHQcVf

Christoph Zimermann lasted only 27 minutes at the weekend before a nasty challenge from Sébastien Haller, which went unpunished by the referee, saw him replaced by Ibrahim Amadou.

Zimmermann has foot ligament damage and left the stadium on crutches on Saturday evening, with no word on when he will return. If Hanley can recover in time then Amadou could play as a defensive midfielder to replace Trybull, probably alongside Mo Leitner. We will need someone to step on Kevin de Bruyne, just a little.

With Onel Hernandez out for another couple of months as well, I’m asking myself at what point does this officially become an “injury crisis?”