Another Tale Of Two Halves, Two Full Backs And Is This Football Anymore? 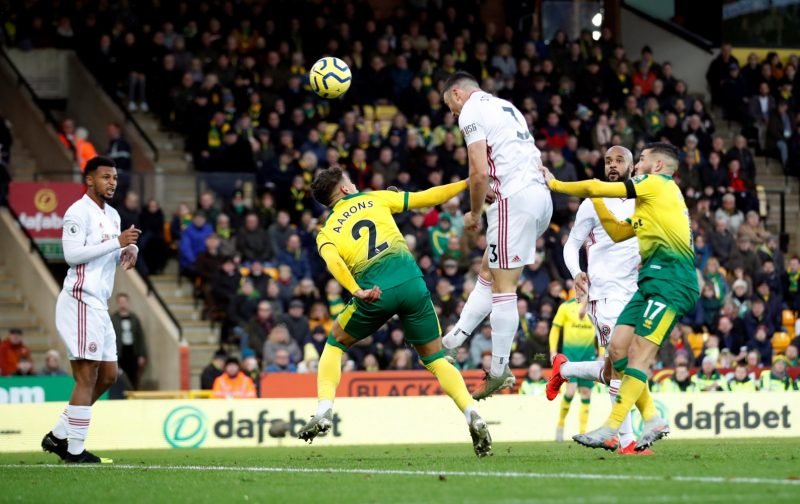 Norwich City are just not doing enough at the moment, are they?

After watching my team surrender a halftime lead to Sheffield United within the first six minutes of the second half and then offer virtually no attacking threat in the remainder of the half, I feel despondent.

After an initial mini-resurgence against Everton and Arsenal, coinciding with the return to fitness of Christoph Zimmermann, I thought that things might be on the up. However, after watching the subsequent games against Southampton and Sheffield United, it’s clear that I was fooling myself.

Those two recent defeats have one thing in common, both had one good half and both had one horrible half. At Southampton, the Canaries offered a tepid performance in the first half and against Sheffield United it was the second half that was barely luke-warm.

Why can’t we seem to play two good halves of football?

The most recent defeat feels particularly galling due to the positive first 45 minutes. Creating numerous chances and scoring the first goal and I think, making Sheffield United look pretty ordinary at times. The Blades’ famous organisation was missing for that first period and they simply weren’t at it.

The return of Mario Vrancic and dropping Todd Cantwell for Emi Buendia were bold moves by Daniel Farke in his team selection and both men played very well, especially in the first half. Mario was stroking the ball around like he had been a regular in the team and Emi seemed back to his old self. Not taking risks and using his supreme ball control to get out of trouble and start forward moves. 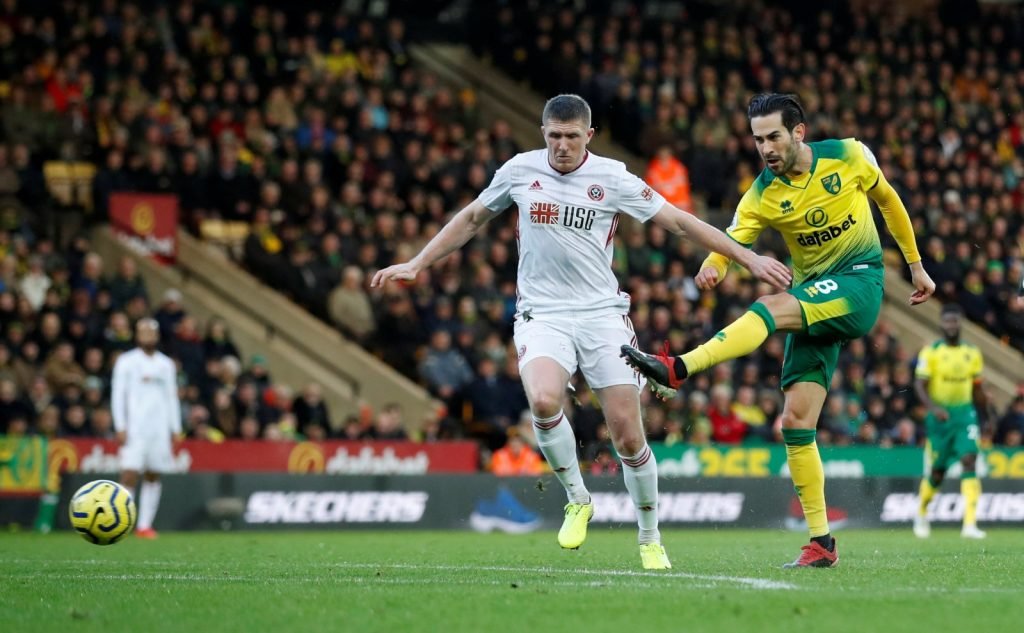 Emi spent less time rolling around than he has done in the past and I got the impression that he wanted to make an impression on his Head Coach. Alongside Super Mario was Alex Tettey, who put in another excellent performance, at least in the first 45, and he scored a nice goal too.

As the team were applauded and cheered off at the break, everything seemed well.

As I ate my free Boost bar during halftime and watched a bit of Zorb football, I pondered what was to come. It seemed obvious to me that Chris Wilder was unlikely to allow his side to play as timidly as they had just done. There were likely to be a few tea cups thrown about in the away dressing room, I figured, as Wilder doesn’t seem like a man who would let such a performance go without a challenge to his team to change things up.

“We’ll need to be really on it for the first 10 minutes or so” I thought.

There was always going to be a storm coming but the way that City just folded and allowed first Enda Stevens and then George Baldock to both score goals inside the first six minutes of the half, which ultimately won the points for the Blades, was well, simply weak.

For the first goal, Stevens out-muscled Max Aarons and headed the ball past Tim Krul from a Baldock cross and then Baldock showed some very quick feet to bamboozle Vrancic and fire past Krul just a couple of minutes later.

After that, City huffed and puffed but didn’t test Henderson anywhere near enough until Todd Cantwell, on for Onel Hernandez, shot low across his goal only for Henderson to pull off a fine save. That probably doesn’t do it justice, it was a very good save.

While this was all going on, we had several VAR interruptions, as is often the case.

Naturally, Tettey’s goal was checked for an imaginary handball that the Blades’ players thought they had seen, a red card was overturned for Chris Basham after a lunge on Kenny McLean, which were all fine. My problem with it today was after we’d gone 2-1 down there was an off-side given and John Lundstrum then fired the ball into the goal.

It was all split-second but the lino’s flag had gone up, the players stopped and Krul made no attempt to save Lundstrum’s shot.

Suddenly though, VAR are checking for a goal. If the off-side was an incorrect call then we’ll be 3-1 down. What then follows is a delay of over two minutes until the game continues with a free-kick to City for the off-side, which was correctly given by the lino in the first place.

All of this particular game’s VAR checks were correct but they just take soooooo long.

When I’m watching a match on TV at home I can see with the help of a replay whether a player is offside or not within about 30 seconds. These delays in the ground are not acceptable. I suggest that there should be a time limit. If a trained referee can’t determine a situation within say, one minute then the referee at the game’s decision stands. Also I don’t think that off-side decisions should even be subject to VAR checks, why bother having the linos?

If a lino puts their flag up then players will stop, like they did here, so if you’re not going to use their judgement then let’s get some robots to do it, eh?!

The Blades fans sang “F*ck VAR” throughout the game and joined in with the City fans in chants of “It’s not football anymore.”

Embarrassing for the Premier League, I would say. Shame it wasn’t being shown live on Sky or BT. 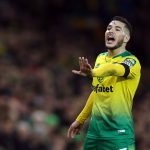 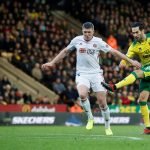 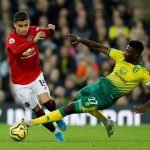 Putting that all to one side though, there is no disguising the fact that currently, Norwich City are far too easy to beat and that our defence is full of holes. We are unable stop our opponents scoring as we, perhaps naively, gamely charge forward looking to score more goals than our opponents. Well it worked last season.

Teemu Pukki has scored 50% of all our goals this season and that tells me and you that we overly rely on him. As I’ve said before, god forbid anything happens to him  because if he was out for any period of time then we’d have very little chance of scoring at all.

I am deeply troubled by what I saw in the first half at Southampton and in the second half against The Blades. We can be competitive but just not often enough, it seems.

Next Saturday, I’m taking the family to the King Power Stadium to see the Glorious Canaries take on the Fearsome Foxes.

I’m sure you’ve all seen the form that Leicester are currently in, I’m worried that we’re going to get drubbed but whatever happens, we’ll have a good day out.