As Norwich Lose Again – Is It Time For A Change Of Philosophy? 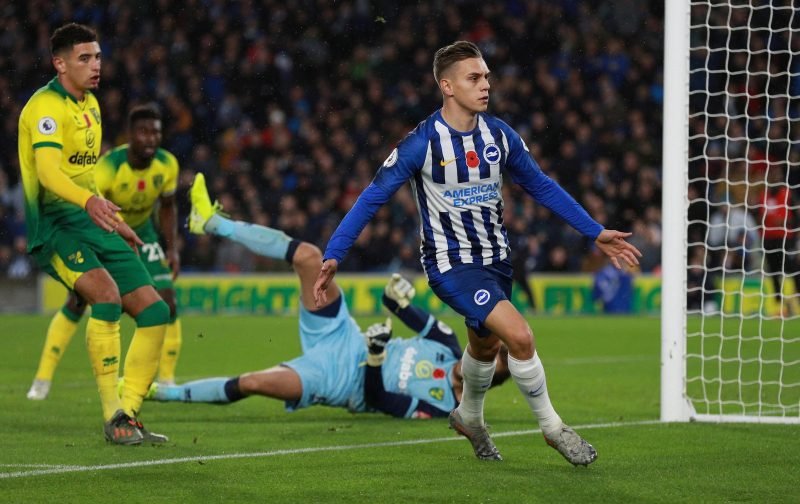 Norwich City are starting to concern me.

The latest defeat, 2-0 against Brighton at the AMEX Stadium, was yet another example of our Premier League lightweight, powder puff away performances. Those performances have been a staple of our most recent seasons in the top flight.

I know that our central defensive options are limited, to say the least, but the early season optimism is now quickly vanishing into the dark void of winter.

Quite where we go from here, I’m not sure. Confidence must be at rock bottom in the Canary camp now after a fifth defeat in the last six matches. They’ve haven’t won since September 14th and that amazing win over Manchester City, a game that seems a very long time ago now. Since then, they have conceded 14 goals and scored just twice, both consolation efforts against Villa and Manchester United respectively.

To say that is relegation form is an understatement.

Keeping a clean sheet has been, as you might have expected, a big problem with only Bournemouth away seeing no goals conceded and clearly there is a problem at the other end too, with Teemu Pukki becoming an increasingly isolated figure as the weeks go by. Is it as simple as the Premier League has just worked out how to nullify the Finn’s threat?

Whatever it is, Daniel Farke looks as though he needs to find either a new way of playing, at least in the short-term, or a miracle because the way City are playing at the moment is not working and it’s starting to become predictable that we will be outplayed and then lose.

Against Brighton, we lost the game in the last 20 odd minutes. Up until that point, City had ridden their luck with Neal Maupay in particular spurning several chances, including one, incredibly, from only a couple of yards out. Having said that, they were resolute in what they were doing, albeit they were limited in their ability to counter attack, having the sum total of zero shots on target in the game.

Right from the off, City were on the back foot with the home side brimming with confidence and creating chance after chance while only an against the run of play, 20 yard effort from Marco Stipermann ever looked like a goal for the Canaries in the first-half. That effort beat the Seagulls’ keeper but hit the bar.

The loss of Adam Webster ten minutes before half-time, saw Shane Duffy enter the fray and it would be Duffy and another substitute, Leandro Trossard, that scored the goals late on. Even after Trossard put the hosts ahead on 68 minutes, there was little sign of City getting back on terms. In fact, Brighton just got stronger.

Well, for me, with no other senior options available at centre-back, we need to become harder to beat in the short-term. My gut feeling is that we absolutely must have either Amadou or Tettey in the midfield, protecting the defence.

The suggestion from Daniel Farke, in his presser on Friday, is that Christoph Zimmermann and Grant Hanley will be able to return to training after the next international break which is only a couple of weeks away.

They will, of course, not be able to come straight back into the side and will need a bit of time to get back up to speed. When one or both of them are back then that should free up Amadou to have a go at that midfield shield role. In the meantime, I just wish we could look a bit more solid but as I said at the top, we are also struggling to impose our passing game onto the opposition, no matter who it is.

If you don’t score goals then you’re in trouble, which seems to be Watford’s problem this season. We know that we have a goalscorer in our team but we can’t seem to get the ball to him anymore, at least in any meaningful way.

At Brighton, as he was against Manchester United, Pukki was isolated and feeding off scraps, half scraps really not even full scraps.

The return of Onel Hernandez feels like it’s going to be very important but the loss of form from Emi Buendia worries me just as much as I’m optimistic about Onel. Buendia has looked out of sorts and frustrated in games over the last month or so and isn’t providing the spark that he did so often last season.

One huge positive of late though, has been the form of Tim Krul, who has proven the naysayers wrong this term. He’s been busy in most games and made some exceptional saves, especially against Man United.

Having a good goalkeeper is always important but it would be nice if Tim wasn’t involved quite so much, eh?!

There’s seems to be a lot of admiration for the way that Norwich City play, at least among the managers of opposition teams, although it’s always easy to say nice things about a vanquished opponent, isn’t it?

Will playing the same way that got us here eventually get us the results we need or not? It doesn’t look like it at the moment.

It’s tough to call and the Head Coach and his staff have a big challenge to keep things going and to not let the heads drop. Next up are Watford, yet to  win a game in the League this season.

Not going to be an along come Norwich moment, is it?!