Aston Villa: But For Some Good Sense It Could’ve Been Norwich 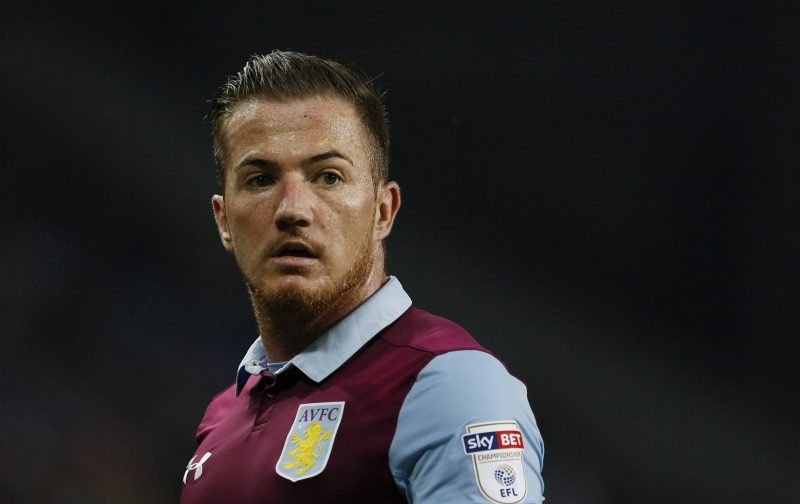 Arguably, Aston Villa are in the middle of the biggest crisis in the club’s 140 odd year history.

It looks to me as though Villa went all in over the last two seasons, spending money that the club didn’t have and propped up only by the personal wealth of their Beijing based owner, Dr Tony Xia.

The talk in various media articles is that Villa have been losing £6m a week and that money from Dr Tony would arrive in the Villa account each month to cover costs, except May’s payment, didn’t arrive and due to “cash flow problems”, it doesn’t look as though it will arrive anytime soon either.

There’s a tax bill owed to HMRC of around £4m, which in football terms doesn’t sound a lot, but HMRC are aggressively pursuing payment of their money, with talk of a winding up order in the near future, possibly within the week, if that bill isn’t paid.

At the end of the month, there will be other bills to pay too, including salaries to club staff and players.

The prospect of administration and starting next season with a 12 point deduction is seemingly one of the better outcomes for the club at the moment, with a fire sale of players also seemingly a certainty.

Dr Tony, who laughed on his Twitter account about outbidding Norwich for Ross McCormack, a couple of summers ago, is now desperate to sell the club to try to avert disaster. His reckless spending of around £70m on players in the last two years has brought the club to its knees and this, at a club that has a grand history of winning titles domestically and in Europe.

I’ve read that anyone wanting to take Villa on as a going concern will need to make good an incredible £70m shortfall just to keep the club going in the next 12 months.

There are some big-name players on massive salaries at the club, like Mile Jedinak, Scott Hogan, Henri Lansbury and Jonathan Kodjia. At least those lads actually played a little bit. The likes of Micah Richards (remember him), Pierluigi Gollini and Ross McCormack (I know you remember him) didn’t kick a ball for Villa last season but are all on £40k+ a week at Villa Park.

That is crippling, mill stone around neck stuff in the Championship and it brings me on to a seemingly opposite situation at Norwich City.

I think it’s fair to say that last season, Norwich City took a different path to that of Aston Villa. Villa bet it all on red and it came up black in the casino, Norwich decided not to gamble at all and went for a sensible, frugal approach to running a football club.

Some high earning players were sold, others were let go for free at the end of their contracts and the rest were sent out on loan. There is still a hangover from those Premier League days with Nasimith, Jarvis, Klose and perhaps Martin, still a salary burden to the club.

There have been a lot of City fans calling for money to be spent to chase success and the problem is that good players usually cost a pretty penny. There are bargains to be had, like Tom Trybull and Mario Vrancic, if you get your scouting right but usually, especially with strikers, you need to spend big money.

Villa and Norwich engaged in a bidding war for Fulham’s Ross McCormack two years ago with, according to reports, Norwich going as far as an £11m offer. Dr Tony wasn’t going to be beaten though and offered £11.9m with a £45k a week salary for what became his marquee signing. There were also incentives of a pay rise to £60k per week upon promotion and a £1m bonus. No wonder we stepped back from that particular cliff edge and I’m glad we did because it’s turned out horribly for Villa. McCormack scored just three times in claret and blue and spent last season on loan in Australia.

There were issues with his manager Steve Bruce, about him infamously missing training because the electric gates at his mansion were stuck. He also looked overweight and eventually, after a short loan to Forest he was shipped to the equivalent of Botany Bay. Had he been a Norwich player now, would he have done any better?

I dread to think.

The safety and continued trading/operating of Norwich City football club was paramount to the owners and there were, for all there faults , sensible decisions made with the appointments of Steve Stone and Stuart Webber to run things on and off the pitch.

I know there’s been a lot of talk about foreign owners and the problems that they can bring to English football and there are good and bad tales to be told. Leeds United, Portsmouth and Villa have all suffered at the hands of owners who lived beyond their means. Leicester City are an example on the other side of the coin.

With the ongoing Financial Fair Play rules too, it’s tough to run a football club outside of the Premier League and try to buy yourself success. Norwich City are trying to do things sensibly under the current rulings. Even with the impending sale of James Maddison, Norwich City will not be “well off.”

The £20-25m gained from that sale, minus the sell on fee to Coventry, will simply be used to plug a hole of around £20m from the loss of parachute payments. It’s likely that other player assets will have to be sold too and next season we might need to find another Maddison to sell.

I’d like a wealthy owner to bankroll Norwich back to the Premier League as much as the next fan but even with huge spending, that’s clearly not a given. Dr Tony has invested around £150m in Aston Villa over the last two years and will currently struggle to sell it for just a single £1 coin, given that he will need someone who is  prepared to take on that £70m debt, just to run it for a single year.

With their squad, Aston Villa should’ve achieved automatic promotion last season. The quality of players they had, albeit with a horrible run of injuries to the likes of Kodjia, Adomah and Hogan, should’ve made promotion a formality and to only finish in the playoffs must be considered a failure for Steve Bruce. Even when they needed a winger, they threw money at the problem and loaned in Robert Snodgrass, a player Bruce knew well but was likely to be on something like £40-60k per week at West Ham.

Throwing money at the problem is not always the best solution.

Aston Villa, by all accounts, are currently in the most perilous situation in their history and no one is laughing. If something doesn’t happen quickly then they could actually disappear from the football landscape, which seems unthinkable, but if the City board hadn’t taken action last season then that could’ve been us.