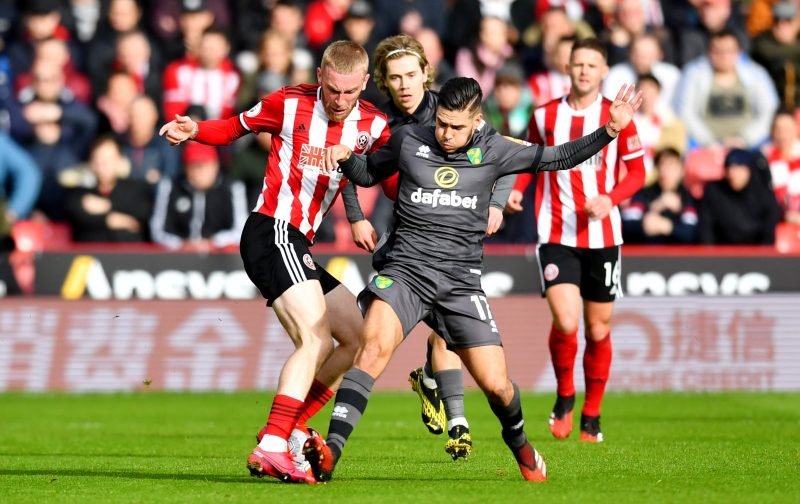 A friend of mine works on a part-time basis for a South American football scouting/data business and he tells me that the business of football scouting is going on pretty much as business as usual. There have, you will have noticed though, been a bit of a downturn in paper talk stories but here’s a one linking our very own Emi Buendia with a move back to Spain with, wait for it, Atletico Madrid.

If you don’t follow La Liga, there are two big teams in the shape of Barcelona and Real Madrid who dominate the Spanish top flight, but the usually acknowledged as best of the rest is Atletico Madrid who are managed by former Argentinian international and friend of David Beckham, Diego Simeone.

Having said that, Atleti are currently only sixth in the La Liga table behind Sevilla, Real Sociedad and Emi’s former team Getafe. They do have a fairly impressive squad though, with some real stars in the team. Jan Oblak, Stefan Slavic (ex-Man City), Kieran Trippier (ex-Spurs), Koke, Thomas Lemar, Joao Felix, Alvaro Morata and Diego Costa (both ex-Chelsea).

According to the Daily Star and reported here by HITC.com, Simeone is well aware of and interested in Buendia.

Buendia has had an excellent first season in the Premier League for Norwich in 2019/20 despite having failed to find the goal, so far. He has made 73 key passes with only Kevin De Bruyne, Trent Alexander-Arnold and James Maddison having made more. He works hard and he likes a tackle too.

The current state of the world due to COVID-19 leaves all of us up in the air in terms of the future and that includes sport. With the huge financial pressure that a lot of football clubs are under due to not being able to actually play the game, it has become apparent that a lot of finance in the game is not exactly stable, leaving many clubs particularly at a lower level, unable to pay bills.

To me, this makes me think that there will be a re-adjusting of transfer values when the pandemic is eventually over. I seriously doubt that we will see anything like the deals with took Neymar to PSG for €192m or Philippe Coutinho to Barca for €140m. No club will be able to afford fees like that in the next few years and that means that further down the scale, players will be sold for much less than say, last summer. Their values will be re-adjusted.

There’s simply no way of knowing what a player like Emi Buendia will be worth when the dust settles but it will, you can count on, be relative to everything else in the transfer market. With so many questions remaining over whether this season will even finish or not, there’s a way to go before such deals are done though.