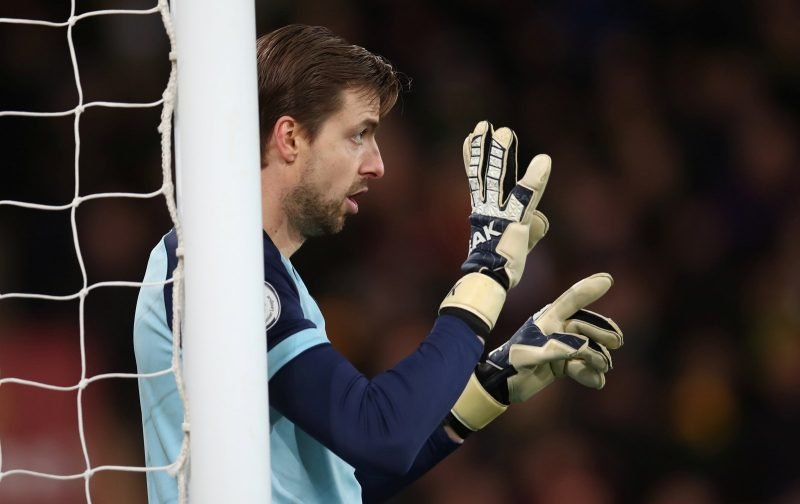 I came out of Carrow Road on Saturday evening as deflated as I’ve been all season, even more so than after that 5-1 drubbing at the hands of Aston Villa.

Losing to Liverpool, especially in their current vein of form, is no disgrace. It’s just the manner of the way that Norwich were so resilient, worked so hard and yet, failed to take the chances they created that upset me. When you add to the fact that Liverpool were able to bring on a substitute in the shape of Sadio Mane, a player who probably has a market worth of around £150m+, to win the game for them, there can be no surprises as to why we lost here.

That doesn’t make it any easier to take though. I work with a number of “plastic” Liverpool fans who have suddenly chirped up over the last couple of seasons and they are unbearable. Occasionally I get annoyed enough by their chirpring to ask them how often they’ve ever been to Anfield, whether they re-covered their armchair for the new season, bought new batteries for their remote controls etc. They don’t like it when I suggest that I’ve been to see Barcelona play in the Nou Camp more often than they have been to Anfield in the last decade (six times) and now I’ve been forced to leave the work Fantasy Football Whatsapp group – I can’t stand them any longer.

Talking of plastic stuff, what is this new craze involving “half and half” scarves?! I saw quite a few grown men wearing them around the stadium and in the River End too. Why would you buy one or worse, wear one?!

This is a ridiculous thing and I just don’t get it. My lad is 14 and he’s as bemused by it as I am.

I guess this is what you call a “21st century problem” eh?

It wasn’t all bad in the River End though.

The reality is that this game was a “free hit”. It wasn’t, at least on paper, a realistic chance of getting points but to have almost got something out of the game just hurts even more. Lukas Rupp was guilty of being shot shy when he was played through by a long ball and inexplicably tried to square it to Teemu Pukki rather than shoot in the first half. Surely you just swing your boot at it in that position, don’t you? Even if it is on your weaker side. The pass to Pukki was too weak and the Liverpool keeper was able to deal with it. If Alex Tettey’s shot had just been an inch or two to the left then Becker might’ve been beaten there as well. Could’ve would’ve, should’ve, I’m afraid, again.

On the way out from our seats in the upper tier of the River End, my wife was ahead of me and my lad and I momentarily lost her in the crowd, as we met up again on one of the landings she told me that a “man”, a Norwich fan had barged past her and swore at her in his hurry to get out of the ground. It upset her and you have to wonder at how pathetic that sort of behaviour is. In light of the news that broke during the game, the hashtag #BeKind seems appropriate in all walks of life.

Getting back to Norwich City, the “little miracle” that our Head Coach keeps mentioning is still on and starts in earnest away at Molineux against Wolverhampton Wanderers next Sunday. Being brutally honest though, it’s a long shot at best and can any of us really see a win against the Wolves?

There are plenty of positive things that I can take out of our team at the moment though and Kenny McLean is one of them. He’s underrated, I think. Good on the ball, able to drive the play forwards, he likes a tackle and  he’s not bad in the air. I imagine that he will be a big cog in the City midfield next season, especially in the Championship as that looks likely to be where we will be playing.

There is concern that Sam Byram’s hamstring injury will see him miss most of the rest of the season which opens the way for Jamal Lewis to get back on the field. Lewis did well against Mo Salah when he came on, arguably there’s no bigger test in English football for a left back at the moment than that.

Todd Cantwell was a constant threat when he got the ball, although a couple of times his flicks and tricks didn’t come off, putting City on the back foot unnecessarily. He’s young though and a wonderful talent, he’s still learning and shouldn’t be heavily criticised for trying such things too much.

Grant Hanley was also very good and sent Roberto Firmino to the shops several times in the game. A player much maligned at times on social media but steadily showing his worth  as he gets back to full match fitness.

There’s also a need to mention Tim Krul, who had a very, very good game and made an incredible double save in the second half. First he blocked Salah’s snapshot on the turn and then he somehow smothered Keita’s follow up effort, all with Dutch national manager, Ronald Koeman watching as well.

A certain other Norwich fan blog seems to regularly target Krul as being a poor player and part of the reason why Norwich are struggling. That is absolute nonsense and just sensationalist stuff probably intended to boost clicks for advertising revenue for the writer. Krul has been excellent this season and should be in the running for the Barry Butler Memorial Trophy. I think he’s brilliant and judging by his recent upgrade on the FIFA football game, so do EA Sports who only do such things based on performance data.

It’s now Sunday and the weather is grim, my garden fence has blown down (again) and I’m feeling a little low after this defeat. At least I don’t have to receive constant Gifs from plastic Liverpool fans on my mobile phone anymore.