Buendia And Cantwell – Speculation Increases As Leeds And Villa Circle 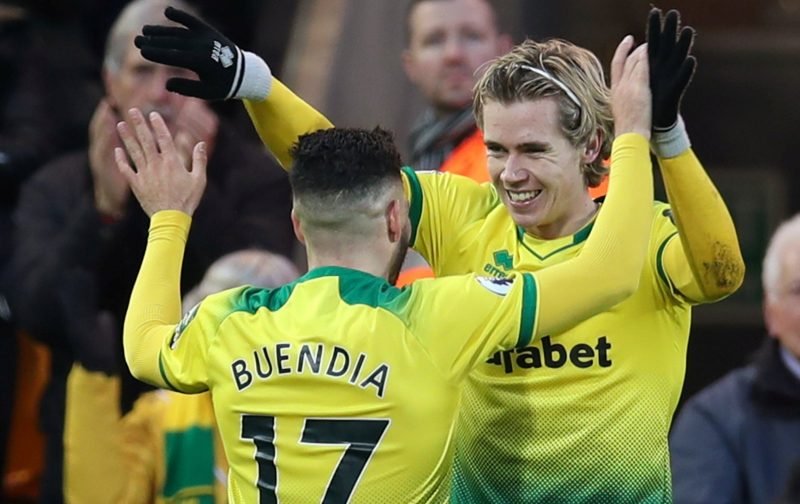 Todd Cantwell has missed the last two match day squads due to a perceived lack of focus in training according to Daniel Farke but along with Emi Buendia, he has been the name on all the transfer speculators’ lips, with just over thirty hours left of the transfer window as I write now.

On Tuesday I gave you a fairly comprehensive write-up of how I feel the situation is panning out behind closed doors, which you can read below.

Interest In Todd Cantwell With Four Days To Go?

Thursday morning brings us yet more speculation linking both Todd and Emi with a move away from Norwich as Friday’s 5pm deadline rapidly approaches.

According to Leeds Live it is now Buendia who is a target for Marcelo Bielsa’s side rather than Cantwell, as supposedly the reported £25m price tag on Todd is putting them off. I hate to break it to them but with four years left on his contract and 86 chances created in the Premier League last season, Emi is also likely to command a high fee, probably higher than Cantwell.

Thursday’s Daily Mail has a story in which they are linking the Championship’s brightest talents with all and sundry in the Premier League and they have links there about Cantwell (Leeds) , Buendia (Leeds and Villa) and Max Aarons (Spurs).

The reality of Aarons’ situation is that Bayern Munich, Barcelona and Tottenham have all gone and bought other right-backs in this transfer window, so there is a lot of regurgitated speculation there. In terms of Cantwell (read above) and Buendia, they seem the most likely to attract a late move but after Leeds signed Raphinha and Villa loaned in Ross Barkley, I just don’t see either team really needing any of these Norwich players.

Never say never, and all that but still.

Thirty hours to go and counting…