Bundesliga Star’s Father Confirms He Is Moving To Norwich 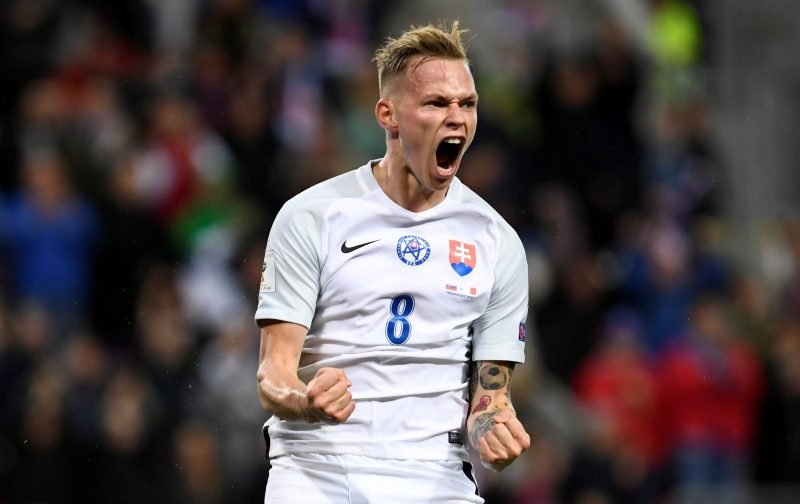 Ondrej Duda seems certain to sign for Norwich City in the coming days to help the Canaries in their fight for Premier League survival.

The 25-year-old attacking midfielder will join Norwich on a loan deal for the remainder of the season and how do we know this?

Because his father has spoken about it to the Slovakian media.

Duda’s father is quoted on Sport.sk talking about the deal and he’s quoted here by the EDP.

“We agreed with Norwich in three minutes.”

“Negotiations between the clubs were a bit more complicated because Hertha’s entire management was on tour in the US. In winter there is not much time to change the jersey. Norwich had to meet all the requirements, not just of the player, but also Hertha.

“In such a short transfer window, only the English teams are currently able to meet the financial requirements without any problems.

“There were several German teams in the game. They know him well. Hertha, however, would not allow him to go to a direct competitor. Only England could be considered.”

“It is very important for us to play in the leading competition. Norwich was the hottest candidate,” said Ondrej senior. “Other interested parties wanted to attach conditions. Norwich was the most specific and direct.

“Ondrej’s salary was taken, and the coach also played an indisputable role. Daniel Farke knows Ondrej and wanted him for the team.

“He will certainly be given space. It was the most serious offer. Ondrej looks forward to a new challenge. He is very happy that he will play in the best league in the world after the Bundesliga.”

That would seem to be that then. Good news, I’d say.

The “Number 10” position has caused a few headaches this season with Marco Stiepermann being unable to recreate the stellar form that he showed in the Championship last season. Kenny McLean has been tried there and he’s done okay but it’s not his natural position. It wil be good to have a player up there to support Teemu Pukki who can actually win a header – Sorry Marco…