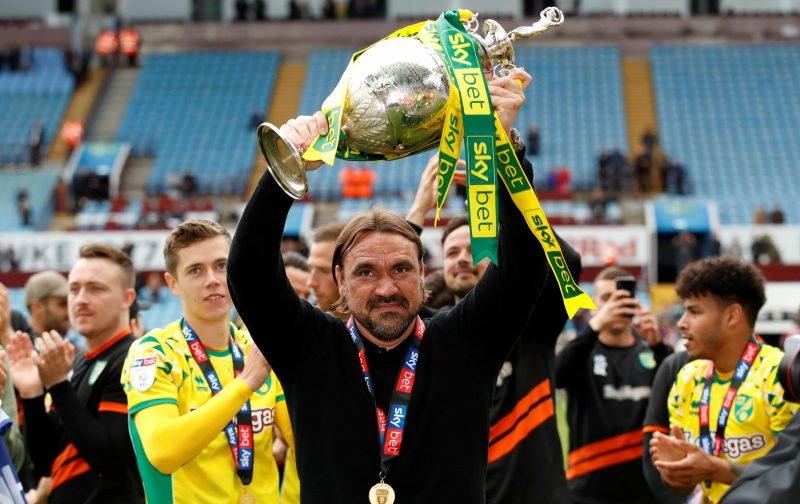 What a day yesterday was, eh?!

The day started with a story in The Mirror in which James Nursey said Emi Buendía is on the verge of signing a new deal with the Canaries.

In line with making sure that all their best players are on improved, long-term contracts, this makes sense and seems highly likely.

Then we had another signing in the shape of 19-year-old Belgian centre back, Rocky Bushiri.

We are delighted to confirm the signing of Belgium U21 international Rocky Bushiri! #ncfc

Rocky will join up with our Under-23s for the upcoming season. Welcome, Rocky! ????https://t.co/bVllOD0Wep

The Canaries are continuing to build their youth ranks with top prospects with one eye on the future and there was also news from Scotland that Partick Thistle’s 18-year-old winger, Aidan Fitzpatrick has been given permission to speak to Norwich after the two clubs agreed on a fee of around £350k plus add-ons.

Partick took the unusual step of making a club announcement explaining exactly what is happening. As I say, unusual but refreshing and great news for City fans.

The day continued with news of a new shirt sleeve sponsor (the club’s first) in the form of former sponsor Best Fiends.

The club continue to do revenue making deals and why not? One or two City fans on social media were not exactly impressed but I really can’t see the problem.

Meanwhile, over in Germany, Sky Sports Deutschland were reporting that City are edging closer to a season-long loan for Schalke goalkeeper, Ralf Fahrmann, something you can read all about here.

The story seemed to gain more and more traction throughout the day. So much so that a few of the big national papers are carrying it this morning.

This is what Bundesliga commentator, Dan O’Hagen tweeted about it:

Sounds like Fährmann to #NCFC might be gathering traction. I don’t see him coming to sit on the bench – he could do that at Schalke. Definite upgrade on Krul, and shows a ruthlessness and lack of sentiment in Norwich which bodes well for the season.

Back to Blighty and the Canaries’ policy of extending contracts continued with two big ones announced.

First off, local boy Todd Cantwell finally signed his new deal which will keep him at Carrow Road until 2022.

#OneOfOurOwn has put pen-to-paper on a new deal! ✍️ #ncfc

Then, some equally good news was broadcast as the Goat himself, Teemu Pukki signed a contract extension, again until 2022.

Teemu Pukki has signed a new three-year deal with the Club, with the option of a further year! ???? #ncfc

Finally, and I almost forgot, the new season’s squad numbers were announced as well.

Make of those what you will.

It’s fair to say that Wednesday was a very busy day in the Canary nation, especially for fan blog editors trying to hold down their day jobs!