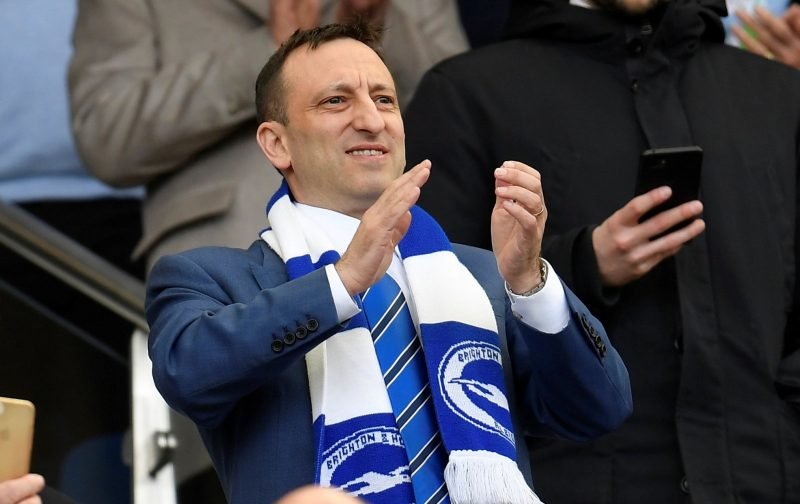 As we head towards the summer, continuing into our second month of lockdown due to the COVID-19 pandemic, football’s governing organisations continue to wring their hands at the prospect of finishing the 2019/20 season in these most unprecedented of times.

At a meeting of the Premier League’s shareholders on Friday, in which representatives of all 20 teams were present via video conference, several scheduling models were put forward.

This resulted in the announcement of an earliest start date for the resumption of the Premier League as being June 8th. That, to me, seems way too soon to be resuming football, even behind closed doors.

I am well aware that being a Norwich City blog, fans of other teams might disagree with what I’m writing here but there are a myriad of problems surrounding playing the remaining games in all leagues in England and the world.

In the Premier League, teams have either nine or ten games left to play and certainly, Brighton owner, Tony Bloom does not think it would be right to relegate a team if the season is not played out in full, which I agree with.

I know, I know, he would say that because his team are only 2 points off 18th placed Bournemouth but it’s worth pointing out that even if one of the other ways of deciding a season were used as in non-league, a points-per-game average, it would not change the bottom three and would lead to Bournemouth getting relegated on the slimmest of goal differences.

“It’s unfathomable that a team may lose out on 0.2 of a point based on points per game. Also, it does not take into account the strength of the teams you have played” he told BBC Sport.

Some sides, including Brighton and Norwich City have five home games left while others have four.

Any decision would require 14 of the 20 clubs to vote in favour and Bloom does not see that happening.

“I really cannot see the percent that would be needed voting for it,” he said.

“It would be very difficult to relegate somebody, particularly from the Premier League, if the season hasn’t played out, he added.

In terms of the world starting to turn normally again, I think that Junior Health Minister, Nadine Dorries’ comments last week were telling.

Journalists should stop asking about an ‘exit strategy.’ There is only one way we can ‘exit’ full lockdown and that is when we have a vaccine. Until then, we need to find ways we can adapt society and strike a balance between the health of the nation and our economy . #COVID19

This makes sense to me. The question of an “exit strategy” has been debated for a while now. How exactly can we start to integrate society back together again?

The government can’t just lift restrictions and then open the pubs, sporting arenas and concert venues again as there is a big risk that there will be a surge in COVID-19 again, ruining our good work so far. Having said that, the economy may well dictate a certain release of lockdown sooner rather than later but does that mean that spectator sports can just start again? Unlikely.

There’s been talk of playing games behind closed doors to avoid the crowds of fans but then you have the players’ own health to think of. Every player and member of staff would have to be tested and, presumably, then kept in some form of quarantine to preserve the safe playing environment.

It might well take five weeks of 2-3 games per week to complete the season, meaning that players would be unable to see family and friends in that time. The effect on their moral, especially those with children, may become an issue. There’s also the medical issues to consider around what happens if a player were to be injured and need hospital treatment.

The NHS and all private hospitals are geared up for COVID-19. Could football, or any other sport, justify the prospect of a player or participant needing a hospital bed or at least an A&E visit because of sport, a game, when people are still dying of the virus?

Every professional football game has an ambulance(s) on standby in case a player needs to go to hospital. That would obviously not be able to happen in this current climate, so who takes a player to hospital and how if the worst should happen during a game? Does Stuart Webber try to get Emi Buendia on his back seat with a broken leg to drive him to the N&N?

Also, what happens if a team, say, has both of it’s senior goalkeepers go down with the virus at the same time? What would happen at Norwich if Tim Krul and Michael McGovern had it and football had resumed? Would Norwich have to play Burnley and West Ham with Archie Mair in goal?

Would Manchester United be happy to play without both David De Gea and Sergio Romero?

United have to play Villa, Brighton and Bournemouth among their remaining games. Would Norwich, Burnley and Watford be okay with United playing those games with third choice Lee Grant between the sticks?

You get the idea, there are a a lot of ethical issues rather than just physical ones surrounding the resumption of sport and the world as we know it, in general.

I read an article in The Times last week in which a scientist suggested that he would be very surprised if mass gatherings such as football, rugby or music concerts were able to continue as we know them until 2021 at the earliest, which is in-line with Nadine Dorries’ suggestion of no complete lockdown lift until a vaccine is produced.

I heard that clinical trials on a vaccine started in the UK last week but even if everything goes perfectly with those trials, the earliest it would be ready is September and what are the chances of if being perfect first time? I imagine they’re not great but I’m not a scientist, so fingers crossed.

Almost every developed country in the world will be working on such a vaccine with the world’s cleverest minds at the world’s biggest pharmaceutical companies knowing that such a virus equaliser would be like a goose laying a golden egg. As ever, money focuses the human mind and there’s money to be made in this here vaccine.

Another issue concerns player contracts and those players who will be out of contract in June.

Also, imagine you are a big name player out of contract in the summer at a club that have nothing to play for, like say Jan Vertonghen at Spurs. He’s not going to win a medal as Spurs are out of both cups and miles off the title.

Who knows, he may already have the last big contract of his career sorted with another club as a free transfer. Does he gamble that by risking an injury that might see that big money deal scuppered? What happens if a player in his current position just says, “I’m out of contract and I’m off.”

Teams that then have to play Spurs will be playing against an obviously weaker defence without Vertonghen, thereby damaging the integrity of the competition. The transfer windows were brought in to help preserve a league’s integrity and to stop the biggest teams just buying up high performing players from rivals who couldn’t afford to keep them.

It’s a mess and it’s also a financial time bomb. The time is rapidly approaching when the Premier League’s bosses can no longer wring their hands and they will have to make definitive decisions about all this. Reports suggest that a number of clubs want the 2019/20 season completed by 30th June and that may still be possible if extensive testing becoming available.

However, for the reasons above, it may be that it isn’t finished at all and becomes consigned to the history books as a write off. If a financial agreement can be reached between the TV companies and the Premier League and it’s members though, then I think you’ll see this season dropped like a hot potato because as we all know and as Brian Johnson once sang, “Money Talks!”