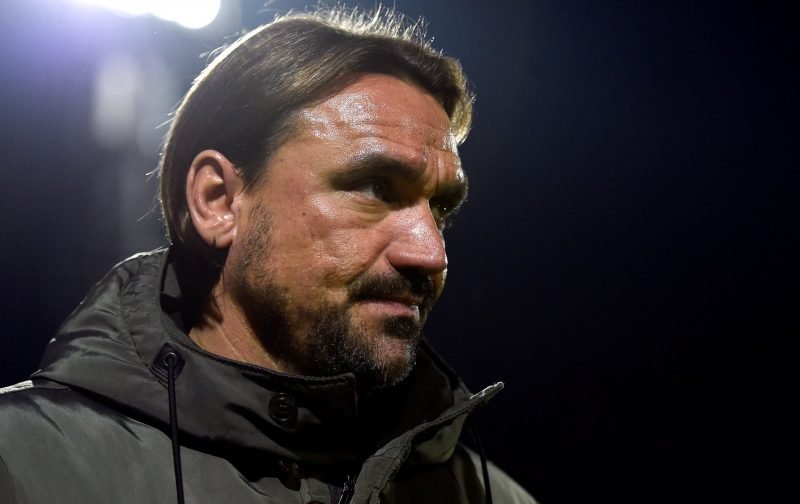 Norwich City crashed out of the Carabao Cup 1-0 at Crawley Town last night but the injury news revealed by Daniel Farke in the aftermath of what can only described as an embarrassing defeat, is much worse.

Farke made eleven changes to the side narrowly beaten by Chelsea for the trip to the League Two side, giving five players their competitive debuts.

Timm Klose and Christoph Zimmermann both made their season debuts after injury and both hobbled off, with Klose potentially having suffered a season ending ACL knee injury.

“The first report I have got from my medical department is horrible,” Farke told the EDP.

“The first diagnosis with Timm is ACL. That would mean he is out until the end of the season or best-case, March or April. We hope and we pray it is not this news. It was an unlucky situation. The Crawley lad slipped and bashed into Timm.

“This can happen in these type of games. Timm needed minutes. We had 11 changes and five debuts. When you have this outcome to a key player and his season is nearly over you can only say it is horrible evening.

“With Christoph it was planned to bring him on the pitch for 45 minutes but with the injury to Timm he had to play a little bit longer and got a hit on his back and his hip area. The first news is it is more or less alright. We definitely need him.

“As we wanted to go to the next round my thoughts are with my players as much. We hope for the best in the next days. My biggest concern is not the result but my injured players.”

Hopefully Zimmermann’s injury isn’t too serious but it seems highly likely that Klose has hurt himself seriously.

If it is his ACL, that will be a disaster. If I can try to put a positive spin on this though, at least Ibrahim Amadou had an encouraging debut and can play at centre back if needed.

At this rate, he’s going to be needed.

Amadou was spoken about prior to the game by Farke as having trained in both defensive midfield and the centre back positions. Depending on how long Zimmermann is going to be out for, I’m not relishing the thought of Hanley playing as first choice for several more weeks yet.

Oh and in case you’re interested, here’s the team that we’re humiliated by Crawley.