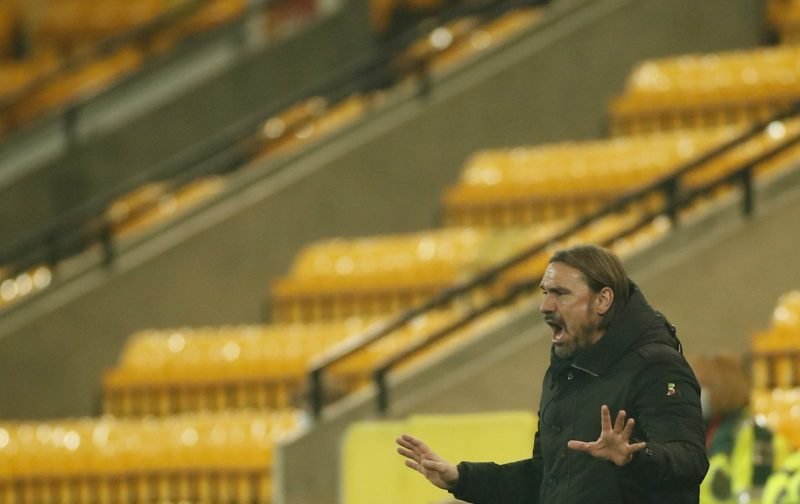 Norwich City take on Coventry City in the third round of the FA Cup on Saturday which is traditionally a great day out and one to look forward to for fans, whether it’s a home or an away tie.

Sadly this year, whilst still in the grip of the global pandemic, no fans will be allowed to watch in the stadium. I’ve always loved the FA Cup, which probably has a lot to do with my age rather than anything else. When I was a boy, growing up, it was always a huge deal and I have some very fond memories of Norwich getting to the semi-finals under Dave Stringer.

Anyway, back to the here and now, the shadow of COVID is everywhere and in the latest round of testing, three Norwich staff members have tested positive, Tim Krul announced on his social media that he is one of them and Daniel Farke reported that Adam Idah is another, with the other being a member of staff.

Farke spoke to the media ahead of the Coventry match via video and as usual, Vital Norwich Forum stalwart, FC Bears was keeping an eye on what was said. Here are his thoughts:

Krul and Idah have tested positive for COVID. Krul might be okay to play against Cardiff but will see. Kieran Dowell is out for two weeks with an ankle issue, so will miss tomorrow and Cardiff and Josh Martin looks to not be able to play tomorrow as he has now got a cold and they are testing for COVID but hoping it is just a cold.

Marco Stiepermann will not be able to play tomorrow. He is back in training but loses his balance still and gets sick. No plans for a return yet.

Lukas Rupp is back in training next week but not ready to play tomorrow.

Some good news though, Onel Hernandez and  Bali Mumba are back in training – might be too soon for Hernandez tomorrow but Mumba looks sharp so should be okay.

DF says that Barden will play in goal even if Krul was fit:

‘Daniel Barden is our cup goalkeeper this season and he’ll start tomorrow. He has my trust and I’m sure he’ll have a good performance. He’s a confident lad. ‘

Michael McGovern had successful surgery. The tendon was fully interrupted so had to be repaired. He’ll be out for at least 12-16 weeks.

DF confirms that they are in the market for a GK but he is not rushing anything and is happy to go with Krul – McCracken – Barden if he has to and says that the club will look to get someone signed in the next few days.

DF confirms that there will be rotation tomorrow but not all 11. There will be players from the last game who played who will be on the team sheet.

I am thinking that DF is saying this because Stiepermann, Rupp, Martin and Dowell are now not able to play.

DF on us not scoring from set pieces:

‘The second topic where we can improve is to win games from set pieces. We’re one of the smaller sides in the league, if we want to be top class at set pieces I can’t play with players like Pukki, Buendia or Skipp because they’re too small for this.’

Maybe a big b*stard will be signed in January?

Despite this, DF happy/pleased with how we defend set pieces – hmmmm.

DF says that he doesn’t think we will ever be a side who scores many from set pieces.

DF is happy to go with Gibson – Hanley – Zimmermann.

Do we never learn? One injury and we are back to two.

DF says that Tettey and Sorensen can also play here so no real need.

DF says that he wants a real strong line up and that doesn’t mean that Omobamidele won’t play but he has Tettey – Zimmermann – Gibson – Sorensen in front of him all trying to start at CB tomorrow.

DF tempted to play Xavi Quintilla tomorrow but Jacob Sorensen has done so well there that he might keep his place, but DF also says he wants to see Sorensen in his ideal role but then thinks it might be an idea to have Sorensen as backup defender tomorrow.

Hernandez – Mumba not going to start

So how would you now go?

DF says he will have players who played last weekend in the line up so I think DF could go:

I still think I’d give fringe / U23 players a go. This is how I would line them up: