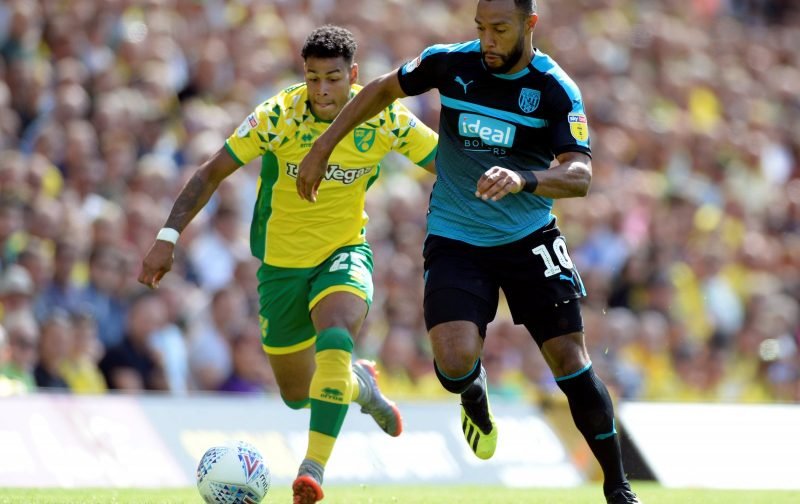 Norwich City will have to do without the services of Moritz Leitner again after Daniel Farke ruled him out of Saturday’s home match against Rotherham.

Speaking to the media at his usual pre-match presser on Friday lunchtime, the Norwich Head Coach explained that it’s a muscle problem but that it’s not serious and he should be available for next weekend’s visit from Bolton.

Daniel Farke is about to speak to the media ahead of tomorrow's game against Rotherham at Carrow Road. #ncfc

“We have to play without Mortiz Leitner tomorrow. He has a small injury in his calf. But we hope he is back for Bolton next week. We hope he can join us in the middle of next week in training.

Mortiz is crucial for our games but you sometimes have to handle that important players are out. It’s just important that is it not an injury which will last four or five months, just two or three games.”

The absence of Leitner against Hull in mid-week meant a chance for Tom Trybull to play in his place, alongside Alex Tettey.

There has been a bit of discussion on social media about whether or not Mario Vrancic would’ve been a more positive change but it is worth bearing in mind that the two best chances of the game fell to Trybull in the Hull area. It seems he’s still kicking himself for missing that late header, if his Instagram account is anything to go by.

In another disappointing development, Onel Hernandez will also be unavailable after a hamstring strain. Farke is hopeful that he might be available for Bolton but he’ll miss Rotherham. That seems likely to see a return to the side for Todd Cantwell on the left of midfield.

There were concerns over Teemu Pukki and Emi Buendia after both took knocks against Hull but both are cleared to play and available.

Grant Hanley will play for the U23s tonight as he steps up his return to match fitness but Matt Jarvis will be given a rest as he’s still not up to playing, although the tone of Farke suggested that he isn’t far off actually playing (I know).