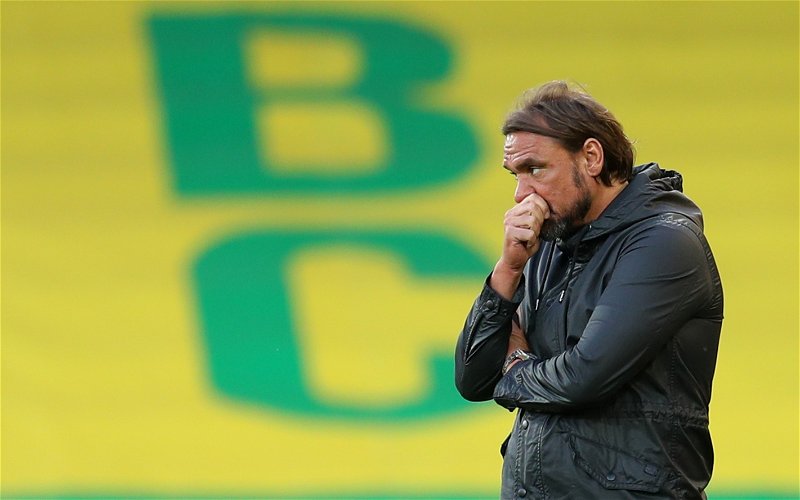 Daniel Farke has provided a fairly bleak outlook for two of his brightest young stars, just as they would be looking to seize their chances in the first team at Norwich. Speaking to the media at his usual Friday pre-match press conference.

🎙 Daniel Farke is about to address the media ahead of tomorrow's game. Catch the updates from his press conference here ⬇

Both Adam Idah and Bali Mumba, who provided a match winning cameo last time out against Swansea City, are injured and both will be out for around ten weeks!

As usual,Vital Norwich Forum stalwart FC Bears was watching the presser and gives his take on what he heard…

Grant Hanley and Max Aarons didn’t travel to their national teams, but they’re both available tomorrow.

Rupp, Gibson, and Cantwell have much improved and trained in every session and are available.

Zimmermann came through the last game without any problems and is available.

Xavi Quintilla is out again and not anywhere near fitness.

Bali Mumba is out – injured his knee – he is out for TEN WEEKS and Adam Idah is out for OVER TEN WEEKS!

“Yes, Soto is impressive, without any doubt. We’re happy with his development and it seems like a great piece of business, so compliments to our scouting and Stuart Webber.”

But DF then does play him down, probably not the best for confidence:

“He’s rising and growing, but we have to be a bit careful. With all respect, Telstar aren’t playing at the level we are. It was great to be called up for USA and score on his debut, but with all respect it was against Panama, not Brazil or Spain.”

So lucky that Aarons is fit because we now have no right back back up or left back backup – terrible.

So how would you go?