Down, Down, Deeper And Down For Norwich 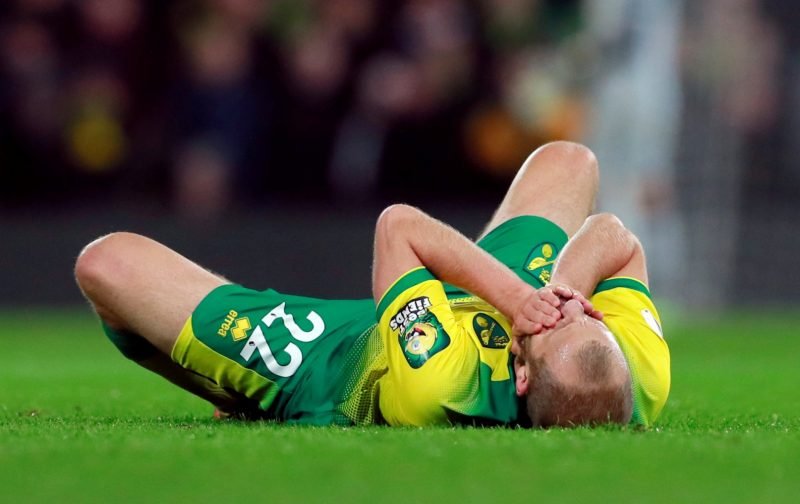 The proverbial Fat Lady is doing her vocal warm-ups.

It is, I think it’s fair to say, just about all over for Norwich City as yet another attempt to become an established Premier League side is almost over.

Two defeats in the two games after returning from lockdown have just about finished off Daniel Farke’s little miracle, with the Canaries’ Head Coach now referring to it as a big miracle.

This second loss of lockdown was much better than the Southampton defeat if only for the fact that we didn’t get hammered but even so, we still lost, yet again.

As the team news came through, I was as shocked as anybody at the removal of Cantwell, Pukki and Buendia from the starting line-up but being honest, after Southampton could any of those three really complain?

A return to the familiar 4-2-3-1 formation that Farke has favoured throughout his City tenure saw some solidity in the shape of Alex Tettey but I was disappointed to see Kenny McLean alongside him. Despite him clearly being a favourite of Farke’s, I would prefer more of a playmaker, like a Leitner or a Vrancic next to Alex. Kenny has his positives but this is just a personal preference.

Among the front four, only Onel Hernandez offered me any real hope of anything and that was how it turned out as his pace and power made him the standout player in the first half. His work ethic also saw him tracking back with Alex Iwobi, which was crucial.

Ondrej Duda’s set piece delivery was woeful throughout, either sending the ball too long or failing to beat the first man at corners. Meanwhile, Lukas Rupp is not of Premier League quality. There are levels and the Championship looks to be his. I know he’s played his whole career, and it’s been a decent career, in the Bundesliga but he’s not offering anything but the basics and some solidity here.

Everton’s expensively assembled team toiled in the heat after a bright start and if you watched the game then you will know it was an eminently forgettable watch. Not exactly the cracker that the BBC would’ve been hoping for but about par for the course in terms of lockdown football without crowds.

It was more often than not, slow and tepid, devoid of any real excitement from either side. My elderly sleeping dog, who doesn’t like any loud shouting or jumping about, snoozed through the whole match undisturbed.

When Pukki and Buendia did eventually enter the fray, Emi looked sharp and moved the ball much more quickly than before. Pukki though looked laboured and misplaced a number of passes. By then though, Michael Keane had been allowed to nod home, virtually unchallenged, from an Everton corner and it would prove to be the winner.

Everton were just about worth the win but hardly set the game alight. If it had ended goalless then I don’t think either set of fans could have much to complain about.

Another three points lost and it feels like we’re in a whirlpool, spinning around (and down) towards the plug hole that leads to the Championship.

Next up is an FA Cup quarter-final at Carrow Road against Manchester United. In happier times, this should’ve been a massive occasion but without a crowd and bearing in mind the form of United since lockdown, not forgetting how easily the Red Devil’s dismantled Norwich, twice, in the course of the league games, I fear the worst.

I hate being so despondent about Norwich and I am usually an eternal optimist where my team are concerned. However, there is precious little to get excited about at the moment and another beating at the hands of United could just about see the season done for me.

Ignore the football folks and keep smiling, you owe it to yourselves and those who love you.