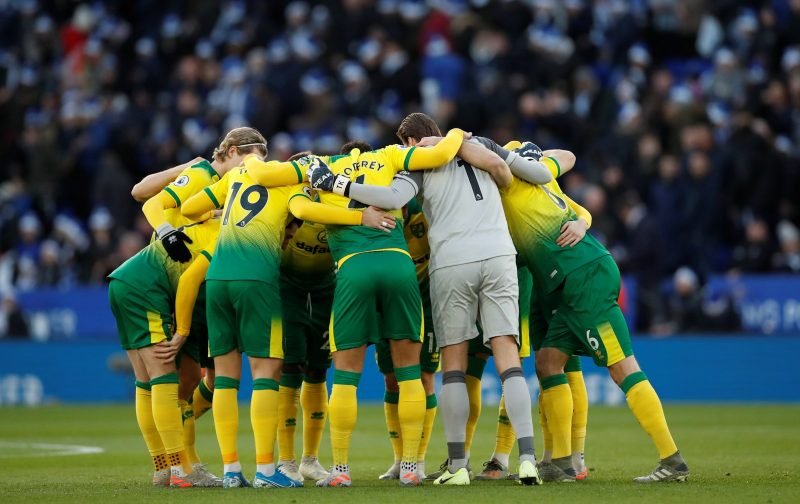 Sunday offered a more positive way to end the week for Norwich City after they got back to Colney following their 4-0 drubbing at Old Trafford on Saturday.

On Sunday afternoon the Canaries announced their first signing of the transfer window in the shape of attacking midfielder, Ondrej Duda.

Granted it’s only a loan for six months and if you’re anything like me, you’re probably sometimes wary of a loan player and their motives. On this occasion, though it does seem as though we have signed a player with something to prove.

Duda has left Hertha Berlin, having scored 11 goals and provided 6 assists in 32 games for Berlin last season, in order to play football. He seems to have been under no illusions that since the arrival of new Hertha BSC Head Coach, Jürgen Klinsmann in November, that there is no place for him in the team. That happens sometimes but if it does, then you can’t blame a player for wanting to move on as quickly as possible.

From what I can see, there was no real fallout with Klinsmann, just a new Head Coach wanting to play with different players and that has surely helped Norwich City out in their time of need.

There is no getting away from the fact that Norwich are currently rock bottom of the Premier League with just 14 points from 22 games, they are eight points from safety. The situation looks bleak and having failed to win any of their must-win games so far, they gave another one on Saturday at home to struggling Bournemouth.

Whether Duda is suddenly going to be the sole answer to our problems seems unlikely but it’s a start and I liked what he told Canaries.co.uk:

“There was some interest from other clubs but I think I’m still young and I don’t want to choose the easy way and to go to a bigger club or where the league is not so good,” said Duda. “I still like challenges and I’m happy to be here.

“I never expected to play in Germany. To be honest, I’ve always liked the Italian and Spanish leagues because of the type of player I am.

“I watched a few games and Norwich like to play football. Of course, we are last now but that’s not because of how we play. I saw some games and I spoke with a lot of guys – Norwich play nice football.

I’m going to do my best. First of all, I need to get into match rhythm and we will see. I hope we are going to take some points, step-by-step. In the end, hopefully, everyone will be happy.”

“It’s a new impulse for me because, in the last three months, I have fought for nothing. It was difficult to find motivation for something because it was a difficult situation.

“It’s about how fast I adapt here. There is competition in every club. I’m really professional. Everybody is competitive and we will see what comes in the next days. I will work hard and do my job.”

That last couple of paragraphs look and sound really positive to me. Sometimes things can change very quickly in football. You only have to look at how Watford have suddenly produced match-winning form after the arrival of  Nigel Pearson. I don’t put it all down to Pearson though, I don’t doubt that the return to fitness of Troy Deeney has been a major factor too.

Since their Captain’s return, the Hornets have looked much more cohesive and the fact he’s scoring goals has helped hugely, he’s been like a new signing. So, maybe, just maybe, a little bit of new blood might help City as well.

Talking of new blood, there’s also another link to a defender that is worth mentioning.

According to The Sun on Sunday and reported here by the EDP,  Villarreal left-back, Xavi Quintilla is also in the Canaries’ sights

The 23-year-old is a product of Barcelona’s famous La Masia, Barca’s factory for footballing superstars which in 2010 became the first academy ever to produce the top-three finalists for the Ballon D’or, Lionel Messi, Andres Iniesta and Xavi.

Quintilla was part of the Barcelona U19 team which won the Uefa Youth League in 2014, beating Benfica 3-0 in the final. However, with Jordi Alba playing in your position, it’s not going to be easy to break into the first team at the Nou Camp.

He has been a regular in La Liga this season for Villarreal but he is inside the last six months of his contract, meaning that he could be sold now so that his club at least get some fee for their man. A figure of £1.5m is being suggested by The Sun.

With Philip Heise having been loaned out and Sam Byram (a specialist right-back) playing ahead of Jamal Lewis, it does seem as though there could be a space at left full-back for another player to come in. Could this be with one eye on selling Lewis in the summer? Can a player like Quintilla be persuaded to come to Norfolk when he would surely have top-flight offers from elsewhere in Europe this summer due to being out of contract?

Stuart Webber and Daniel Farke would surely need to be at their most persuasive to convince the lad.