Dutch League Ends With No Promotion Or Relegation – What Next In England? 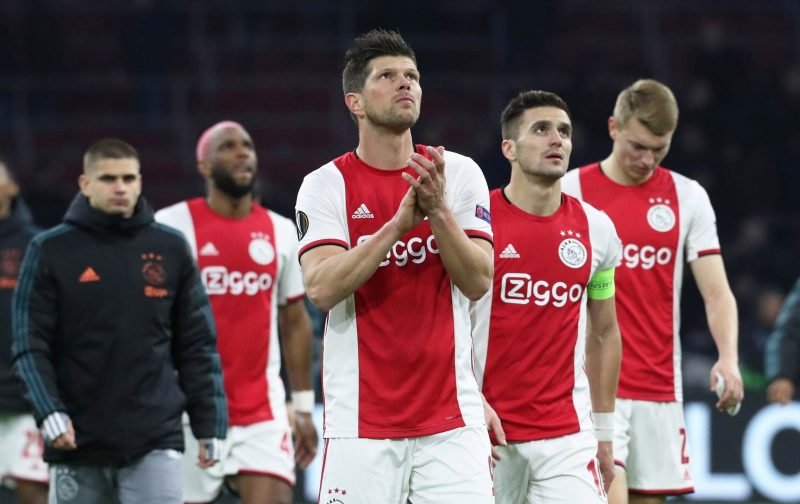 The Dutch 2019/20 football season has ended after a decision was taken on Friday 24th April due to the global COVID-19 pandemic.

The announcement came via the Dutch Football Association (KNVB) and it means that a precedent has been set, the first major football league to do so, as to how to resolve the outstanding issues that football currently has.

The decision was taken by all the clubs in the Eredivisie voting. It seems that 16 clubs voted for the usual promotion/relegation, 9 voted against this and 9 clubs abstained, including the country’s biggest club, Ajax, stating that the Dutch FA should decide, so the KNVB did decide and they scrapped promotion and relegation.

It had been thought that second tier runaway leaders Cambuur (11 points clear) and second placed De Graafschap (7 points clear of third place) would be promoted to make a 20 team top tier.

At the top of the Eredivisie, Ajax  and AZ Alkmaar are both level on points with Ajax ahead on goal difference only, with nine games left to play each. Ajax will enter the Champions League at the group stage and AZ ALkmaar will join the competition in the qualifying rounds.

This is a bone of contention for AZ, who are considering their position having previously stated that they did not agree with ending the league in this way. It’s worth noting that the league is not null and void. European qualification has been decided on the points that each team currently has but the title will not be won by any team and no team will be demoted either. The often mentioned points per game system would not have changed any team’s position in the table.

It seems that the KNVB did not think that a 20 team top tier would be feasible going forward and the news that the Dutch government have placed a ban on mass gatherings/events until September 1st at the earliest also made the league’s position even harder.

The biggest decision here is do you just write off the 2019/20 season if it cannot be played out in full, with the intention of making sure that the 2020/21 season is not overly affected, or do you try to persevere with finishing the current season?

Prior to the government’s announcement last week, the KNVB had been hoping to resume football behind closed doors on June 19th but the three month extension to the ban had made the season almost impossible to complete.

A similar decision will have to be made here in the near future although, just like in Holland, the FA and Premier League will be guided by government advice. As I wrote last week, finishing the season here in England, even behind closed doors is going to be an incredibly complex issue with numerous pitfalls. You can read my thoughts on all that by clicking on this
link.

I note that the French government have extended a ban on large gatherings until July 15th, at least, meaning that these deadlines being set by Football Associations are getting pushed back further and further.

I keep hearing that France are around two weeks ahead of the UK in terms of the pandemic’s progress, so it’s not unreasonable to think that such a ban here could last until at least the end of July. The players would normally be well into their pre-season fitness and training by then with the new season only usually a couple of weeks away in mid-August.

With music concerts being cancelled left, right and centre at English football grounds this summer, I’m struggling to see how this season can be completed successfully. As you can see in my article linked above, there are many more issues to consider than just playing behind closed doors.

What the Dutch FA have done is, arguably, make a brave decision albeit one that they had been forced into by their own governments’s decision. I wonder how long before such a decision is forced upon the powers that be in English football and I hope, that it isn’t just decided by money rather than people’s health and welfare.