Dutch Star Tests Positive For COVID-19 – Why Is International Football Even Happening In A Global Pandemic? 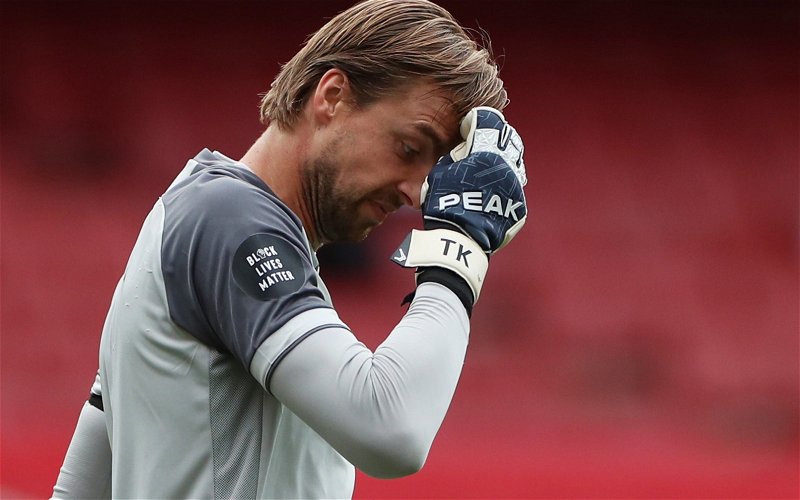 Before you start having palpitations and worrying, the “Dutch Star” mentioned in the title is NOT our superstar goal keeper, Tim Krul (at least not yet) but one of his Dutch international team mates, Tonny Vilhena.

The Krasnodar central midfielder has withdrawn from the Netherlands squad for their upcoming friendly match against Spain and their Nations League games against Bosnia & Herzegovina and then Poland.

Krul is in the same Netherlands squad as Vilhena and, incidentally, has I assume passed COVID testing and he was on the bench for the Spain game. So, so far so good on that front at least but it does make me question again, why are we playing international games of football in a global pandemic?!

The Dutch starting XI to face Spain contained players from France, England, Spain and Italy and in case you were wondering, Krasnodar is in Southern Russia.

All across Europe this week, planes are taking off and transporting players from one country to another to mix with their international team mates as well as their opponents, who will all be doing the same, and risking not only potentially their health but a period of isolation and that means missing games of football for their clubs. I suppose that most players have come to terms with all this by now, but even so…

Imagine if Tim Krul contracted COVID-19 and so did Michael McGovern, who is away on international duty with Northern Ireland. Who plays against Middlesbrough a week on Saturday? Probably either Daniel Barden or Jon McCracken – no wonder Daniel Farke is holding his breath over these international breaks.

It’s worth noting as well that now that Norwich are no longer in the Premier League, there is no regular COVID testing happening. It’s just too expensive, apparently. The City players will only be tested, like the rest of us, if they display symptoms. If that is happening in England, then you can bet your life that players from leagues not in Europe’s top five are unlikely to be getting regular testing.

I’ve said this before but the whole scenario just baffles me. I get that life has to go on and lord knows, the British government have done their best to encourage that prior to having to concede defeat and invoke a second lockdown.

But, in the middle of a second lockdown, the show (game) must go on, it seems. Lockdowns are happening all across Europe but “Elite Sport” can continue and footballers are allowed to travel huge distances and mix with players from other countries. I find it bizarre.

Am I the only one thinking this? I’d love to know what you all think…