Ed Balls To Step Down As Norwich City Chairman 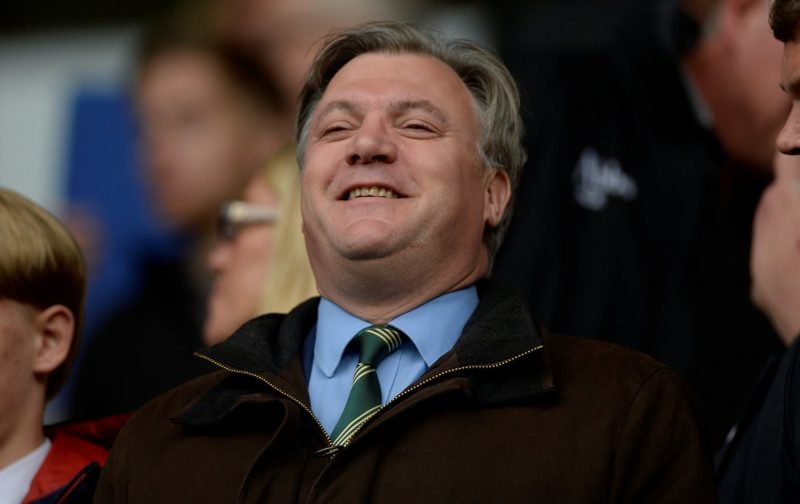 Ed Balls is to step down as Norwich City Chairman, the club have announced.

Norwich City can confirm that Ed Balls is to stand down from his role as a Director and Chairman of the Club. #ncfc

The former Labour MP cited a number of television filming commitments as the reason why, with the club not planning to replace him, at least in the short term and taking the opportunity to review the non-executive board make up.

Ed will become a Club Ambassador and Vice President with a full statement being available on the club’s official website via the link above.

???? Interview with Ed Balls who is due to step down as Norwich City Chairman. #ncfc

It seems that there is nothing untoward about this announcement and there is lots of glowing praise from both Delia and Michael towards Ed and vice versa.

They have been glowing in their praise of him with Ed revealing that he originally agreed to take on the role for one year but that quickly turned into three.

Whether he’s actually done much in the role is a moot point for some, although Delia and Michael’s statement talks about the advice he has offered, particularly in financial matters. They are the owners and obviously valued his contribution and who are we to argue with that?

He was a contestant on Strictly Come Dancing a couple of years ago and he made a point of wearing certain show outfits with yellow & green, making most of us cringe for several Saturday nights.

I dare say that he will continue to promote the club and that may have various advantages as the years go by. We’ll see.

All the best, Ed.