Farewell To A Firebrand, Hello Red And A Transfer Rumour That Just Won’t Go Away 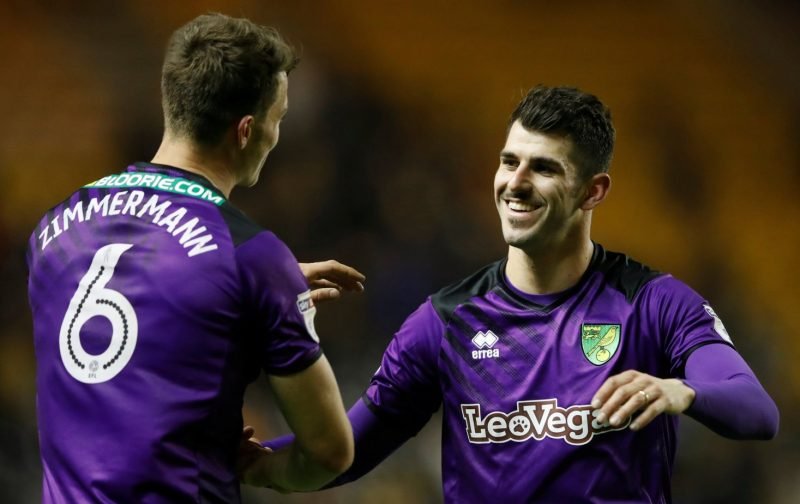 I’ve been a little bit busy over the weekend, having to work on Friday and then driving home, making tea and walking the dog while Norwich were winning the final game of their pre-season tour in Germany, 2-1 against Schalke 04.

I did try to get Schalke’s own stream to work on my iPad but couldn’t. It wanted me to register (I think) and it then wouldn’t connect to any such page so I gave up and went back to making a chilli.

Saturday was another busy day for me with a trip to London with my lad and a mate and his daughter to visit the Imperial War Museum. That was an early start and a late finish and when you factor in that we currently have a new Golden Retriever puppy in the Tuck household, then hopefully you can understand I’m slightly jaded at the moment.

The puppy’s name is Max (named by my son after City’s Starman) and at 12 weeks old, it’s like having a baby again!

Anyway, on with the football, this is a footy blog, after all!

On Friday teatime, as I mentioned above, the Canaries beat Schalke 04, in their final friendly game on German soil.

A first-half Teemu Pukki goal, with a beautiful through ball assist from Patrick Roberts gave City an early lead, only for Schalke to equalise early in the second half.

Pukki then turned provider in the 59th minute when his pull-back found Moritz Leitner who fired home via a deflection. It’s great to see that Teemu is still looking like he’s on fire with the new season now just under three weeks away. He could’ve had a hat-trick it seems on Friday night.

Saturday morning saw me up at 6 am to catch the train to London and a quick check of social media, not to mention my work Fantasy Football WhatsApp group, showed me a leaked picture of the new away kit.

I wasn’t on the Club’s official app, or wherever this apparently came from at the time but it must be a real disappointment for the club that such minor mistakes are becoming a little too regular for comfort.

Last week, the announcement of the signing of Sam Byram came about in a similar fashion, with a leaked picture of Sam in a City shirt hitting social media a few hours before he was announced at 9 am, rather than a bit later in the day (usually 5 pm!) as is more often the case.

Did City want to announce Sam at 9 am? I’m guessing not but the leak on social media made it a necessity.

Sure enough, I checked back with the club site while on the train, London bound and we had pictures of the new kit that I’d seen two and a half hours earlier.

Our Away goalkeeper kit… ???? #ncfc pic.twitter.com/sjZ4kPjYKF

This red kit seems to have divided the opinion a bit more than the home shirt release did a couple of weeks ago.

Personally, I don’t mind it. I’m at an age when buying new shirts isn’t really my thing anymore but hey, each to their own. I would prefer to buy a vintage shirt or simply wear one of my old shirts. If you read this blog, Norwich City’s media/merchandise team (and why wouldn’t you?!) then take it from me, re-releases of old kits like you did with the classic 92/94 kit and the recent release of the old purple & white away kit are a potential big money spinner.

People like me would snap up those classic ASICS or Foster’s Lager shirts. Just a thought.

My lad likes the new red kit though and he now eagerly awaits the release of the third kit before making his decision and forcing me to open my wallet again.

The club announced on Saturday, that after weeks of speculation, the Portuguese firebrand (I shall miss calling him that) has left the building and joined AEK Athens.

We can confirm Nelson Oliveira has left Norwich City and joined Greek side AEK Athens on a permanent basis. #ncfc pic.twitter.com/cQyokfBiLd

The fee is reportedly almost one million (not sure if that’s pounds or euros) and the player will be earning around €20k a week.

Considering that he had only one year left on his contract and hadn’t played for Norwich in over a year, that’s okay, I think.

It frees up some more money for salaries and puts a little more into the coffers to help out.

Thanks for coming, Nelson but your best moment as a Norwich City player was probably this goal for Reading at Portman Road last season and the celebration that followed…

A Final New Signing Or Two?

Norwich look to have done the majority of their summer business now, I’d say. They have been very busy in adding quality to their academy ranks, with one eye on the future and they have been measured in strengthening the first team.

We haven’t spent a fortune, nowhere near, but the business we have done looks decent.

There are still a few links around to players and I’ve tried to keep you abreast of the most likely of those throughout the summer.

One link that will not go away surrounds Bayern Munich striker and Ghanaian international, Kwasi Okyere Wriedt.

It seems that the Bayern man is still very well thought of in Germany and if there was any deal to be done then it’d most likely be a loan.

Do we need him though? Is this just old news being-rehashed by the not exactly always reliable footballghana.com, who knows?

We have our own young goal-scoring sensation in the shape of Adam Idah and as an academy boy, I’d like to see him given the chance to make an impact. If we were still a Championship club then I’d say that would be highly likely next season but this is now the Premier League.

That’s not to say it still won’t happen, just that Adam will obviously find it harder to get a chance ahead of Pukki, Drmic and Srbeny.

Young players can sometimes lose a bit of form and suffer “burn out”. It doesn’t happen to all of them but the signings of Heise and Byram to cover Max and Jamal show that it’s something the club are potentially aware of.

There still isn’t a number nine in the squad list, so who knows who’ll get that or even if there will be a “9” at all?!

Have a great day.