Farke, Bielsa And The Age Of Enlightenment 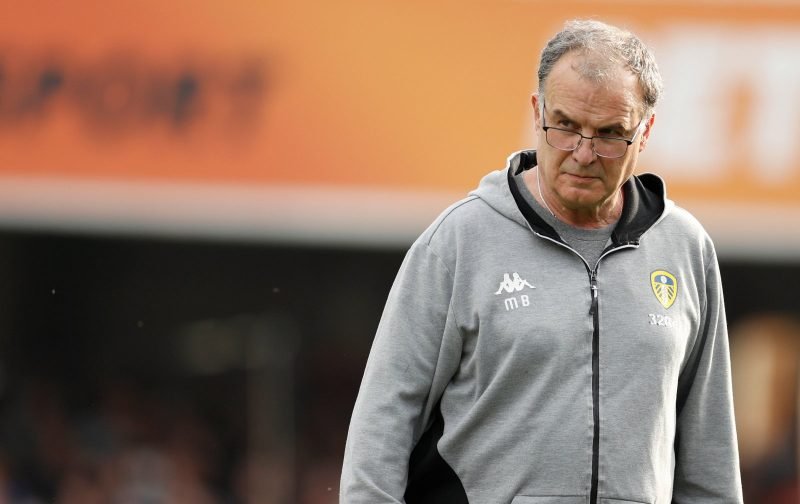 What we have here, is an article written by a good friend of mine from Chile, H.W Yeats.

My friendship with Yeats came about purely through football and Norwich City when he approached Vital Norwich and asked if he could write for me. I was happy to accept his offer and realised then that he is a Norwich City fan of long standing and that he’d first watched them on TV in Chile in the 1990’s when  they became “his team.”

He travels around the world through work and has been to Norwich a few times over the last couple of years to see games and he also managed to get to England to see Leeds v Norwich at Elland Road, earlier this season.

If you know a bit about football then you’ll know about Marcelo Bielsa and his development of the beautiful game. He is considered one of the world’s most influential coaches in terms of the number of ex-players that he has coached that have had successful coaching careers. Mauricio Pochettino, Diego Simeone and Marcelo Gallardo to name but three.

The coach that has been the most successful, having taken on his coaching ideas though, is Pep Guardiola who credits Bielsa with being his tactical inspiration and in 2012 called him “the best manager in the world.”

Guardiola has revolutionised the way coaches coach and he implemented a version of Bielsa’s style of football when he took over as Barcelona Head Coach in 2008. At that time, Barcelona were not quite the powerhouse that they are today and they were regularly second to Real Madrid in Spain. Guardiola’s use of the tactic known as “tika taka” when coupled with a nucleus of experienced players and the use of young, hungry players from the clubs La Masia academy such as Gerard Pique, Andreas Iniesta, Sergio Busquets, Xavi and an emerging young Lionel Messi, transformed the way that Barcelona played and how the game of football would be played in the future.

Does this style of football sound familiar?

Getting back to Chile, Bielsa transformed the way the national team played when he was their Head Coach between 2007 – 2011 and it’s fair to say that he achieved cult status in Chile, which is why Yeats has such an affection for him and his style of play. The foundations that Bielsa laid led to Chile winning the Copa America in 2015 and 2016, their first trophy wins in the competition for over a hundred years.

It’s fair to say that Marcelo Bielsa is a big deal in football and he deserves huge credit for the way that he has transformed Leeds United. Yeats reckons that Leeds were just one good striker away from gaining promotion. He’s probably right with that assessment, imagine if they had Teemu Pukki instead of Patrick Bamford?

Anyway, here’s the piece that Yeats has written about the similarities between Bielsa and our own Daniel Farke:

Modern football is ruled by the automation of movements, statistics and repetition. There is not often too much space for thinkers and philosophers. Mr. Farke stood by his ideals, even after getting more than his fair share of stick in his first season at the helm of Norwich City.

He has taught the footballing world that the measure of success is set by the way processes are conducted towards reaching a certain amount of smaller objectives; in other words, as he always said throughout this season: one game at a time.

Standing by your ideals is difficult when things are not going your way, but if you are able to keep your stance, with the conviction that they are the right ideals, then the results will often follow. And that is a message that can be understood not only for football, but for life.

Far from being wrong, this footballing philosophy has been embraced for the past two decades by one of the most successful and influential football managers in the modern era: Marcelo Bielsa.

This approach has made him transform mediocre sides into really good teams. People that often criticize Bielsa say that he doesn’t win many championships, well of course, when was the last time Athletic Bilbao, Marseille and even Argentina won championships?  And of course, then there’s his latest challenge, Leeds United.

Today we will take a look at 12 of the best and most famous phrases from “El Loco” and his obsession with the philosophy behind football. If we where in the age of enlightenment, he would definitely be somewhere between Kant and Voltaire.

1. Accept adversity and feed from it:

“It’s hard to accept unfairness boys. I know that today nothing will calm your souls, because after this marathon of a match, you deserved it, but couldn’t get it. Even though it might be impossible, do not complain. Swallow the poison. Build strength that playing this way you will achieve what you deserve. Congratulations boys! To all of you, to all of you!”

2.Attitude in the battlefield.

“I am very respectful and an admirer of a proper dribble. More so, I consider that two straight dribbles change the content of a football match, it clears the air, it liberates it, it makes it healthier”

4. Always keep yourself grounded at all times.

“I have never been tempted too much by praise. Praise in football is an absolute hypocrisy”.

5. The toll of being a professional footballer.

“Being the best takes happiness away from you, time with your family, with your friends, takes parties and fun away from you. Boys, you have a big problem. Very, very big. You have a lot of money but have no time to enjoy the money you have. What money can bring in terms of prosperity. I know that because I have seen it so many times.”

“Success takes away the chance to be happy. It’s also a choice… it’s always a choice. If one day you chose that you do not want to be the best in the world anymore, what’s the problem? There’s no problem, but you have to accept it first”

7. The best form of defence is attack.

“The only way that I understand football is by pressing constantly, playing in the opponent’s side of the pitch and dominate possession. I am obsessed with attack. I watch videos to attack, not to defend. You know what’s our drill for defence? We all run”

8. Football to the bones.

“For me football is everything. I think football, speak football, read football and that is a life that can’t be lived eternally. Therefore, I feel the urge to restrain it”

“There’s not much sense in demonising a person. You have to be aware and start a plan to change things. You have to learn to criticize yourself to get better”

10. Your best ally is failure.

“Success is deforming, it relaxes, deceives, makes us worst, helps us fall excessively in love with ourselves; failure is completely opposite, it forms you, makes you solid, takes you closer to your convictions, ideals, it makes us coherent, lucid. Of course, we compete to win, and we work and work to become winners, but if I was not able to differentiate between what is really formative and what is secondary, I would be wrong”

11. The need to take water out of the rocks.

“We coaches have two types of sins: to make walk players that fly and to try to pretend that players that only walk can fly.”

“Success and happiness do not work together, they are not synonyms; there are successful people that are not happy and there are people that do not need success to be happy. Nevertheless, the obligation that every human being has is to leverage their own options to become happy”

Some of Bielsa’s words will surely keep you reading in between lines – he is a puzzling character, that’s why he is called with affection “El Loco”, or “The “Madman One”, in a kind of “mad about football” way.

He is obsessed with football, and the meaning behind the game. Most of you will remember his latest feat, when he gave back a goal back to Aston Villa in a promotion chasing match with Leeds, last weekend, because he felt that the goal his team scored was under unfair circumstances. That is not a coincidence, Marcelo Bielsa is a football philosopher and he believes strongly that you shall not turn against your ideals to achieve something. Anything.

Does this sound familiar? Under the right proportions I see a lot of Bielsa in Daniel Farke. Not only in tactics, that they both love to press, they both love to have the ball and enjoy attacking football. They both seem to have the ability to turn down the noise around them and stick with their ideals, even in hard times. They think football.

In a game that is more often about automation of movements, statistics, repetition and of course, results, it is refreshing to see that there are still people capable of showing us that there’s a bit more to it. They teach us lessons that we can apply in our everyday lives. They are genuine teachers.

In the end, we love football because it is a beautiful game, and it connects us with so many emotions, in a way, it makes us feel alive. Thank you Mr. Bielsa and Mr. Farke for reminding us of that.