Farke Life? I Think I’m Done With It, Buh 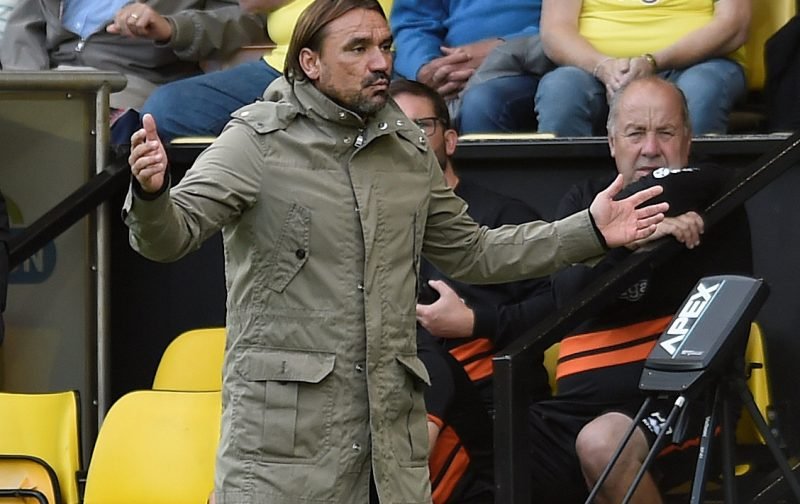 I don’t claim to be a football expert and nor do I claim that I could do a better job of managing Norwich City’s first team affairs than Daniel Farke, he is a “football man” after all.

What I am though, is a concerned fan of the Canaries. I’ve been watching them for nigh on 40 years and I like to think that I know a bit about “my” football club.

Now that I’ve got the caveats out of the way, I’d like to talk about our current Head Coach as well as the state, and style, of play.

Up until now, I have been  broadly supportive of what Herr Farke has been trying to accomplish with the new set-up and regeneration of the squad. I’ve been patient as players bed in and I think that I’ve understood what Stuart Webber is trying to achieve as a long term plan for the survival of our great club and it’s blueprint for the future via investment in the Academy.

However, 4 wins in the last 20 games, coupled with the dull, ponderous football that’s being played is just simply not good enough.

Against Leeds, Daniel Farke looked to me, for the first time, as though he didn’t know what to do. His side had started fast and that was very welcome. A succession of incisive attacks and some lovely passing led to a number of corners but ultimately no goals. Then Leeds scored twice in quick succession against the run of play and the game was almost up.

I say “almost” because 2-0 is a funny old score line. If Leeds get the game’s next goal it’s game over but if Norwich get it then it’s game on. City almost did get the next goal via Pukki and Klose in a late flurry of attacks before the break but Leeds held out to go into half time at 0-2 up.

Having started the second half with the same XI that ended the first, Farke let it drift until Leeds got the game’s third goal on 67 minutes. I looked across at him in a kind of disbelief as he just went and sat down and folded his arms. He looked for all the world as though he had given up, at least that’s how it looked to me. If that’s what it looked like to me, I wonder how it looked to his players. Eventually he stood up again, did a about of shouting and clapping his hands together but that was about it.

If I were in his shoes, I would’ve changed the formation on the hour mark and brought on Zimmermann for Pinto and Buendia for Thompson. The formation would then change to 3-5-2. It worked well against Preston in the closing stages but he didn’t even attempt it against Leeds.

Having gone 0-3 down, he brought Buendia on at 75 minutes for Mo Leitner, who I thought had a decent game in the forward areas. With ten minutes to go, he then brought on Stiepermann for Thompson and Srbeny for Rhodes. That for me, underlined the lack of depth in our squad and Farke’s lack of tactical nous. Like for like and he takes off a proven scorer for the hapless and non-scoring, Dennis Srbeny.

Do we think that Paul Lambert would’ve reacted that slowly? Of course, he wouldn’t and not even Alex Neil would leave it that late either.

Afterwards, Farke said that he put Thompson on the right to counter Leeds’ attacks down that side and that he didn’t feel able to bring Buendia on until we had gone 0-3 down. He sounded vague and lacking in conviction of his own words.

I’ve reached a point where I think that I’m done with Farke life. I’ve seen nothing in our Head Coach and his tactics that makes me think we are in for anything other than a poor season that hopefully won’t involve a relegation battle. The squad has some good players in it but the last couple of games have failed to create a single decent chance for Jordan Rhodes. Instead, we’re reduced to saying how well he did to “win” free kicks to get his team up the field. That’s all very well and part of his job, I suppose, but his main job is to score goals and he needs service for that.

I doubt that any City fan has wanted this new revolution to work any more than I have, than we all have. Facts now need to be faced and I imagine that Stuart Webber must be wondering what is going on. The other thing to consider, of course, is that Webber appointed Farke and that therefore he is Webber’s man. His first managerial/coaching appointment for the club. Surely, Webber must be thinking that this isn’t working out.

Maybe it’s just me and I’m not giving it enough time? It’s nothing personal, I’ve met Farke and heard him speak at last summer’s fan forum and he’s warm, funny and very personable, he’s a likeable chap. The problem is that I’m not seeing any progress on the field.

I get that there has been a huge turnover in playing staff but a lot of these players have been here for a year now or at least six months. I also get that a lot of these lads are not British, so there’s a new country and culture to adapt to and that some players will adapt better than others.

If you take the starting XI against Leeds though, the back four have all been here for a year or more with Hanley not really needing to bed in and Lewis doing well despite having less than a year of competitive games under his belt. Tom Trybull has been here for a year and Moritz Leitner for six months. Onel Hernandez has only been here six months but nobody would now say he needs to bed in. Louis Thompson is only just back from injury so he can be cut some slack and again with Pukki and Rhodes, they don’t seem to have needed to bed in either.

There’s a weak link in goal in the shape of Tim Krul who may just be “rusty” but how long do these errors go on for? With only Michael McGovern and Aston Oxborough as the other keeping options, this is a position that looks a worry.

I struggle to see that there’s anything other than form or coaching to blame for what we are currently watching on the pitch. If it’s a lack of form, then Farke should be identifying that.

Looking to the future, I do not expect Norwich to beat Cardiff in the Carabao Cup in midweek and then we’ve got the derby match at Portman Road next Sunday to look forward to.

Paul Hurst has yet to win a game this season for the Blues and, as you’d expect, there are grumblings about his appointment down in Suffolk. Both Hurst and Farke need a derby win desperately if they are to stop the locals getting really restless.

I’m going to watch the derby via a beam back at Carrow Road but despite the woeful form of Ipswich, I’m not confident. If Daniel Farke becomes the first Norwich manager in a decade to lose a derby match then surely the game will be up for him, with the majority of the members of the Canary nation.

Having said that, managers are traditionally given time at Carrow Road, too much time under the current regime and ownership. So don’t be surprised if he’s still in post come the winter and still nothing has changed.