Farke Not Nominated, Derby Are On TV A Lot And Norwich Are Off To Florida 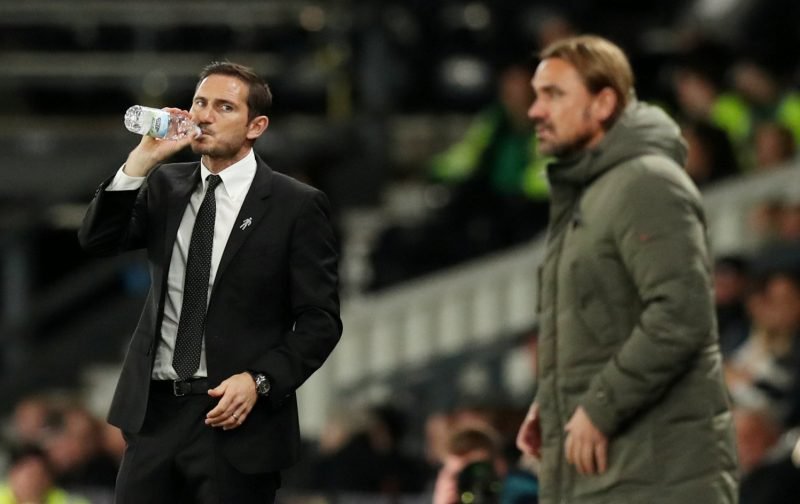 In a rather bizarre turn of events, Daniel Farke was NOT shortlisted for the Manager of the month award for October.

He lost out to West Brom’s Darren Moore in September when he was actually nominated, who has done his best to grab the Manager of the month “curse” and run with it since winning the award.

Now though, whoever decides these things, and I know George Burley is involved, has seen fit to omit our Head Coach in favour of some surprising others.

Norwich took 10 points from five games, with that slip up at home to Stoke being the only defeat and “Frank Lampard’s” Derby County also snatching a rather fortunate late draw at Pride Park.

Now, I don’t really care too much because the only awards that matter are handed out at the end of the season and I imagine that Daniel would agree. If you look at the list, McLaren and Monk have done very well but neither took their side to virtually the top of the league.

As I write, the winners in the managerial and player awards have been announced.

The managerial award went to Steve McLaren at QPR, which is fair enough.

I guess it’s Lampard’s inclusion that gets my goat, at the expense of Farke. Sky Sports are having kittens at the prospect of Lampard making a success of being a manager and as you’d expect, the latest games listed for Sky broadcast are rather Rams heavy.

???? #EFL fixtures for live @SkySports coverage have been confirmed for the festive period

There’s been a bit of talk about City “flying under the radar” of late and that’s no bad thing but I can’t see that lasting too long if we keep up this run of form.

In other news, the Canaries are off to Tampa Bay for some warm weather training during the next international break. The club have worked very hard to develop the corporate relationship with Tampa Bay and from what I understand, are very keen to make this a lasting cooperative arrangement.

There’s money to be made on these sort of commercial trips, with the double benefit of helping the players as well, at least that’s what they’re telling us.

Norwich City will be travelling to Tampa Bay during the international break for a week-long warm weather training camp with @lycaflysports and @British_Airways ✈️. #ncfc

Find out more about the benefits of the trip ➡️ https://t.co/vbwIlgLlVm pic.twitter.com/BOlCmIrOEf

I get the benefits of warm weather training and bless him, Chris Domogalla is doing his best to sell them to us here. It’s just such a long way to go and jet lag is a nasty business.

Who am I to judge though? If I could have the chance of a break in sunny Florida this November to recharge the batteries, laid on by my employer with all expenses paid, then I’d be more than happy to take them up on it.