Farke Out-Foxes Bielsa, Super Mario And There’s No Such Thing As An Easy Run 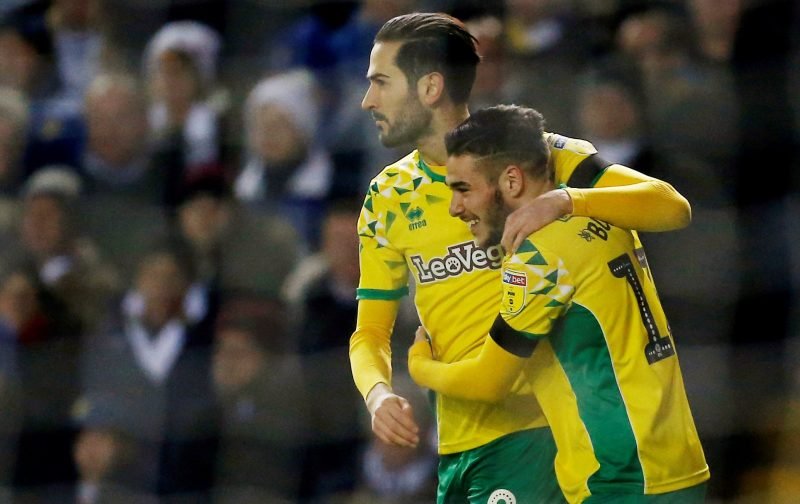 What can you say about that?

Norwich City confounded the general media (Sky Sports basically) and left Elland Road with a sensational win over previous leaders, Leeds United to top the Championship table again, albeit only on goal difference.

In the run-up to this game, I was nervous, nervous because I’m a Norwich fan and I know what can happen in football. Despite being three nil up with ten minutes to go, I was still twitchy but reflecting on it now, I clearly needn’t have been.

The way that Norwich controlled the game, even in the face of heavy pressure in the first half from the hosts, was terrific. Daniel Farke completely out-foxed Marcelo Bielsa, that most cunning of old foxes. So much so that Bielsa admitted afterwards that his side had no answer to City and that the blame should lay entirely with him. I guess his PowerPoint must’ve gone down.

Anyway, I’ve got a few observations about the game and what it means going forward.

Rewind twelve months and I remember plenty of City fans saying that Mario Vrancic wasn’t good enough for the Championship. This season though, he has stepped up to the plate in the absence of Moritz Leitner and more than produced the goods. His vision, goals and physical prowess have helped keep Norwich ticking over during a very tough run of games that wouldn’t have been easy even if we’d had Leitner fit.

Against Leeds, he won the Sky Sports man of the match award, although there were plenty of other candidates in yellow & green. Emi Buendia and Marco Stiepermann were a constant thorn in Leeds’ side but two goals from Mario helped swing the decision his way.

Super Mario inspires me with confidence now, whenever he gets the ball I get the feeling that he isn’t going to waste it, he’s going to make something happen.

Marcelo Bielsa has plenty of admirers in the managerial world, with Daniel Farke confirming that he’s one of them.

“Loco” Bielsa has a CV with some impressive jobs on it. Espanyol, Athletic Bilbao, Marseille, Lazio and he’s also managed both Argentina (1998-2004) and Chile (2007-11). He is widely regarded as one of the world’s most influential managers with former players, Mauricio Pochettino, Diego Simeone and Marcelo Gallardo referencing Bielsa as being a big influence on their styles. Pep Guardiola once said that Bielsa was the best football manager in the world giving him credit for Pep’s own tactical inspiration.

It’s fair to say that he’s kind of a big deal in football but that didn’t stop Daniel Farke outwitting him at Elland Road. Much has been made of the 0-3 defeat at Carrow Road at the start of the season but we will all remember that Leeds were dominated for the first 30 odd minutes of that game before scoring with their first shot on target. Norwich were still bedding players in at that point, there were a few who’d not had much of a pre-season and shortly afterwards it all just clicked.

At Elland Road, City surrendered their normal possession game to allow Leeds to power forwards. Farke admitted that at half-time it was then decided this would be a deliberate tactic in the second half and it allowed Norwich to counter punch them time and time again. City pressed Leeds high up the field and they struggled to cope with it. The third goal was a perfect example of this when Pukki nicked the ball back and started the counter in the Leeds final third.

In the first-half, the second goal owed everything to a quick break and the fact that Leeds didn’t track back, having been caught up field. Buendia had so much time and space and Vrancic broke his neck to get up to support, nobody in white went with him, allowing Mario to get a shot off. It fell to Pukki for a simple tap-in but you make your own luck. Daniel Farke’s homework was clearly more extensive than Bielsa’s and it’s a world away from the rigid ideas of Alex Neil, who couldn’t seem to tactically respond when Norwich were last a Premier League team. Imagine if we were to get back there with Farke at the helm…

I don’t buy into that “easy run” talk too much. It’s true that Norwich only have one more team in the current top-six left to play, a trip to Middlesbrough on 30thMarch, but there are many competent sides left in our way that will be fighting for something or just wanting to get one over on one of the top teams. The fact that Middlesbrough beat West Brom at the Hawthorns yesterday was good for the top three but also gives ‘Boro fresh impetus. They have a decent squad and will fancy a tilt at automatic promotion, being just 7 points away from us.

Winning football games brings confidence in your own ability and defeats can naturally mean the opposite. The defeat at the hands of Norwich will have hurt Leeds and it’s already sparked some panic amongst their fans if their Twitter is anything to go by. Next up, Leeds travel to the Riverside to take on ‘Boro, which will be a huge test for them, arguably a more important game for them now than the Norwich one was.

Meanwhile, the Canaries have the small matter of the East Anglian derby to contend with, traditionally a game in which all form goes out of the window. The return of Paul Lambert is the fascinating sub-plot to a game that, on paper, should offer three more points but assuming this will be easy would be a big mistake. I trust Daniel Farke though to make sure that “we won’t lose the ground under our feet.”

Make no mistake about it, this is a fantastic opportunity to win promotion. I would’ve taken a play-off challenge for this season as being about the best we could hope for but having watched us throughout, and seeing where we are in the table now, if we don’t make automatic promotion now then I think it’ll be a huge disappointment.

Failing to win promotion at all would mean the inevitable loss of a number of players that have exceeded all our wildest hopes this season. Pukki, Buendia, Leitner, Aarons, Lewis, Hernandez and Vrancic would all surely be targets for the circling sharks of the Premier league. Being top of the table in the first week of February is a terrific platform form to push forwards and hope that Leeds, Sheffield United and ‘Boro can trip each other up a bit.