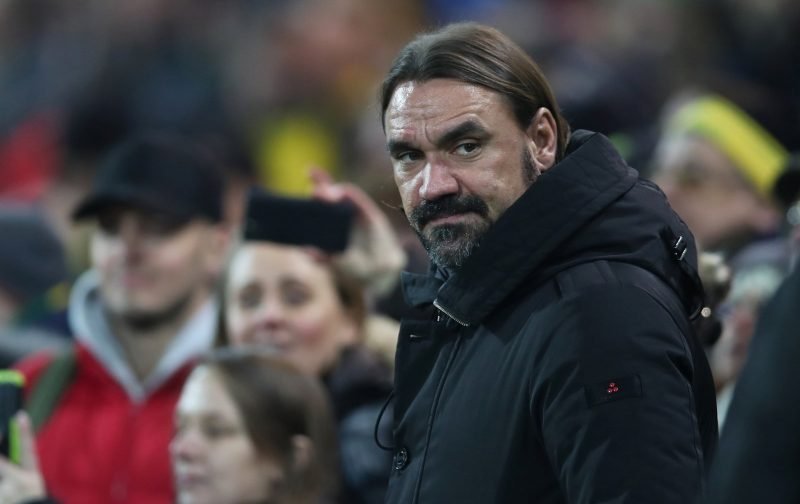 Norwich City head to the North West for Saturday’s FA Cup third round tie at Preston North End with Daniel Farke promising to use his whole squad.

💬 Daniel Farke is about to speak to the media ahead of our FA Cup tie at Preston North End… https://t.co/dMEz6iHxdX

The Canaries are unbeaten in their last two matches, both draws against Tottenham and Crystal Palace, arguably both games that they should’ve won. The FA Cup is a welcome distraction though from the trials and tribulations of the Premier League and Farke says that he he is a “big believer in cup competitions.”

The big news coming out of Colney on Friday lunchtime though was that of a striker shortage. Teemu Pukki has been playing with a badly bruised toe since he injured it at Leicester in mid-December, needing injections before the last four matches to numb the pain. He also has a slight hamstring strain and due to a combination of the two, he won’t be in the squad for the cup.

💬 DF: Teemu Pukki is out for tomorrow, he has a little hamstring strain. He’s struggling with his toe as well. I can’t predict whether he’s available for the Man Utd game. pic.twitter.com/5vAuHFaWoX

Josip Drmic is nearing a return but he’s not available yet and Dennis Srbeny has a back problem meaning neither of the two back-up strikers are available. That only leaves young Adam Idah, who made his debut in the Premier League on New Year’s day with a very late substitute appearance against Palace. It now looks likely that he will be leading the line against PNE in the FA Cup.

“To play without any strikers would be tricky. Idah is in the age where game time would be good for him. We won’t loan him out before the Preston game, that’s for sure.”

“He (Idah) is a natural born goalscorer and makes great decisions in front of goal, so he has to value that gift. Hard work is always the answer and he has a bright future.“

Obviously this scenario isn’t ideal but it will be excellent experience for him and it will give him a sense of what the senior game is all about before he most likely heads out on loan to the EFL later in the month, assuming that Drmic and Srbeny return to full fitness.

As ever, this will be a good opportunity for some of the squad players to get some game time with Farke especially mentioning that he feels the need to be careful with Christoph Zimmerman and Grant Hanley, who are having to play every game since both had enforced injury lay-offs and both have luckily come through the festive fixtures unscathed.

Whether that means he will rest one of them and play Ibrahim Amadou at centre back, I can’t be certain but if both are available, it would be good to give Amadou another chance in the central defensive midfield role that is, of course, his preferred position,

One positive coming out of this long away trip to a club that have an excellent home record and are managed by ex-Canary Alex Neil, is that there will be no VAR for this match, something that I imagine most of us will be relieved at.

Make no mistake, this is a very tough game for Norwich and although Neil is likely to rotate his own squad a little, I agree with Daniel Farke when he says that there is no favourite in this game.

If we can come through it unbeaten then we would head to Manchester United next week on a three game unbeaten run, something of a miracle for us in this league.