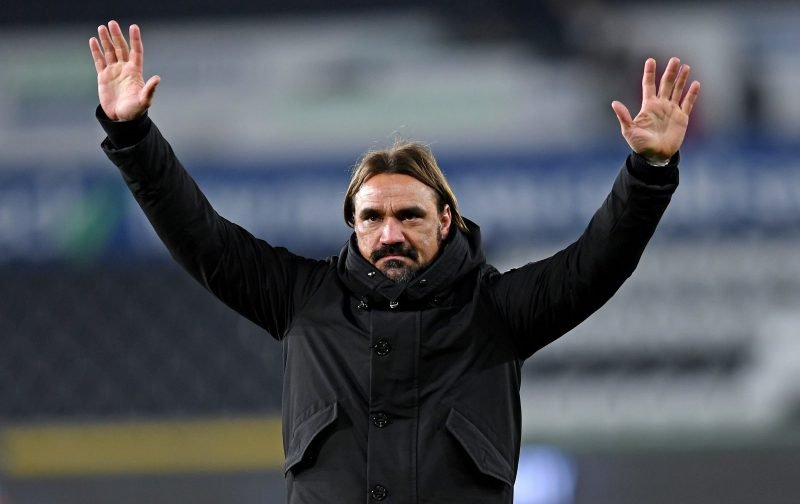 Norwich City announced that Daniel Farke and his staff have signed a new contract extension prior to last night’s 3 – 2 win over Hull City at Carrow Road, tying Daniel and his team to Norfolk until 2022.

It was the news that all members of the Canary Nation had been waiting with bated breath for, after what has been a stellar second season at the club from our Head Coach and his charges.

ICYMI, we made a pretty big announcement before kick-off last night… ???? #ncfc

Watch the full interviews with The Boss and Stuart Webber ⬇️

That settled the nerves nicely as Norwich went on to a (fairly) comfortable fifth win in a row.

Having weathered a bright opening from Hull, during which a free kick clipped Tim Krul’s goal frame, Marco Stiepermann opened the scoring after one of his mazy runs, you know, the sort he tries every week but usually does just a little too much with.

This time though, he finished with aplomb past David Marshall, before Emi Buendia quickly scored again from close range as the Canaries went 2-0 up by the 14th minute.

Norwich then carved open chance after chance before conceding a goal of their own on the stroke of half-time.

It was a bit of a lash-up by Tim Krul that ended with the City keeper dawdling on the ball and being closed down before shanking the ball out of his area. It fell to a Hull player mid-way in the half and was quickly played into Marc Pugh, who scored from the edge with a decent shot. It shouldn’t have happened and soured the end of the half for Norwich, much to Farke’s obvious annoyance.

The second half saw a typical third goal for Norwich that owed everything to a sensational flick-on from Emi Buendia to Teemu Pukki.

McLean’s fifty yard pass found Buendia, whose flick-on, and I know I’m going on about it, was absolutely incredible. Unbelievable, as you can see below.

The flick put Pukki clean through but he couldn’t take the ball in his stride and had to check. Buendia continued his run and Pukki found him with a back heel that allowed Emi to stroke the ball through Marshall’s legs in the Hull goal to restore the two-goal lead.

There was still time late on for a consolation for Hull via the head of an unmarked Chris Martin (who else?) but Norwich held on for the three points, enough to return them to the Championship summit.

Next up is another massive weekend, with City away at Rotherham and Leeds and Sheffield United playing each other at Elland Road.

It doesn’t get any bigger.