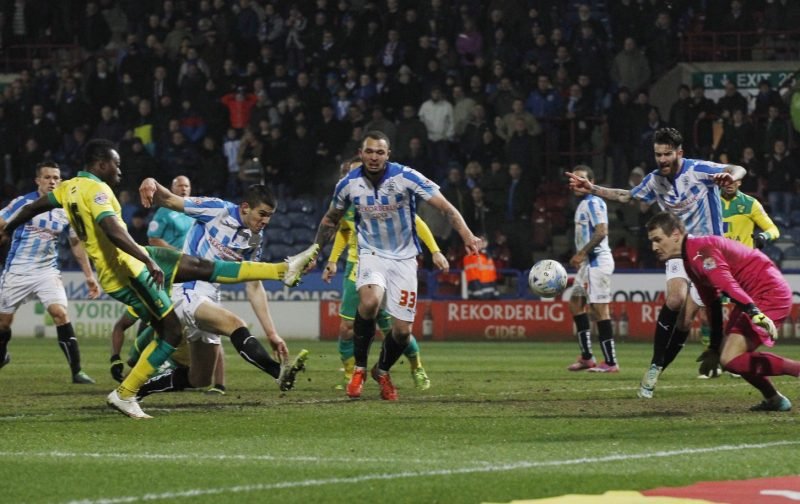 If you read my article a couple of days ago, about one of my favourite ever Norwich City goals when I watched Simon Lappin’s 94th minute free kick beat Luton Town, then you’ll have read that a favourite goal can be any sort of goal at all.

It can be a 40-yard scorcher (think Youssef Safri), an amazing piece of skill (think Wes Hoolahan) or a bundled but crucially important close range effort (think Simeon Jackson).

Here, courtesy of Vital Norwich Forum member, FC Bears, we have one of the latter types from 17th March 2015. A season that ended with playoff glory at Wembley and promotion.

Bears takes up the story…

This was not the greatest goal and honestly nowhere near one of the best I’ve ever seen technically but I am putting it on here because of the following reasons.

1. James Vaughan had scored in the 96th to put Huddersfield 2-1 up and he went mental, wasted more time and as a result got himself sent off.

2. If I remember correctly their fans weren’t the friendliest and when they scored late they were singing about us messing it up or something.

4. It was a goal from one of our own academy players, something I don’t think we had seen in a while maybe since Chris Martin and finally…

5. I loved Wes asking the ref how long was left and instead of going crazy he went to the other players “where is the ball?” They believed they could score again. 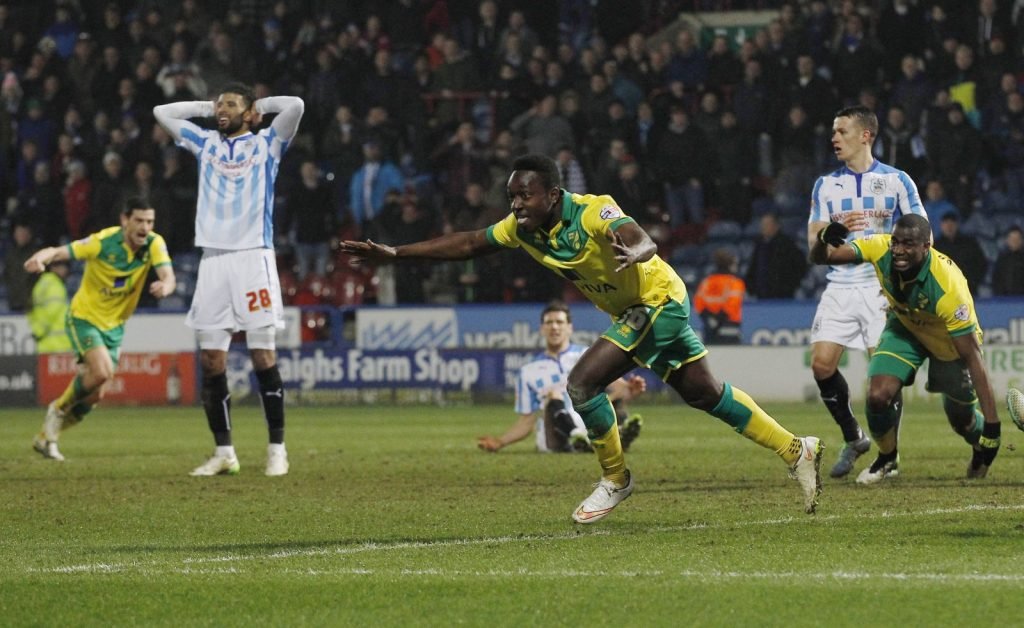