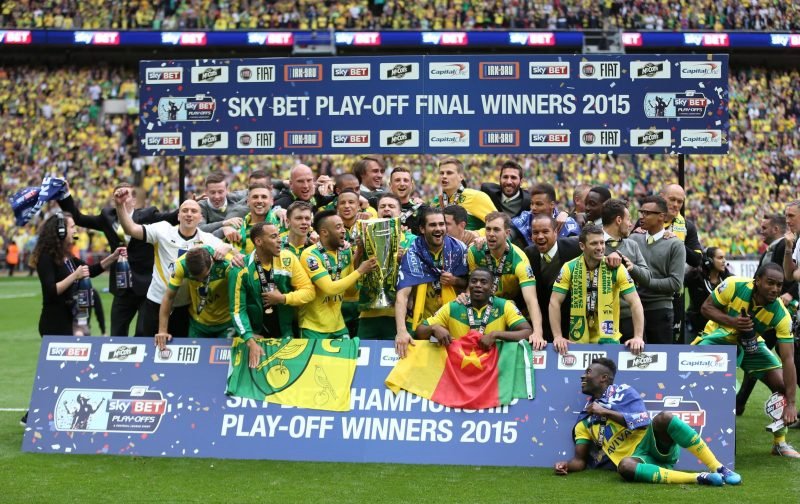 Five years ago today it was the Championship play-off final at Wembley Stadium.

Norwich City v Middlesbrough in a one game shootout for the “richest game in football.” At the time, it was reported to be worth around £120m to the winner although now, it’s reported at being around £170m for the winner.

That was before COVID-19, anyway.

I remember the day like it was yesterday and I also remember that we had decided to travel by Club Cabbage due to the likelihood of a Tube strike in London over the bank holiday weekend. As it turned out, the strike was called off and I wish I’d kept my nerve and just gone by train, or at least driven to an outlying tube station.

Anyway, we queued in the mother of all queues up Bracondale, to catch the bus. When we finally got on a bus it was a double decker, capable of about 45mph flat out and our party of five had to all sit apart. It was not a great experience as single decker coach after single decker coach overtook us.

We eventually arrived with only half an hour to spare, another annoying part about our transport decision, but did get overtaken by the Middlesbrough team bus at around 2pm with it’s Police escort – Blimey, they’re late!” We all thought.

We just managed a quick, overpriced beer in the Wembley concourse before heading out into the stadium and a sea of yellow and green and the noise, oh the noise, that is a memory that will stay with me forever. It felt like I barely had time to take it all in before the teams were out and the game was kicking off.

I remember our boys in those new green and yellow tracksuit tops and the Canary Nation in full voice, it was far more intoxicating than the gassy beer I’d just necked, and ten minutes later both teams had hit the bar. With twenty minutes gone, City were 2-0 up and they never looked back.

Due to the travel decisions we made, it was all very whistle stop. At the end of the game though, we celebrated and cheered until we were all hoarse. We sang and shouted as one after another, the City players came over and lifted the trophy in front of us. It was a very special day out and one that I feel privileged to have been a small part of. 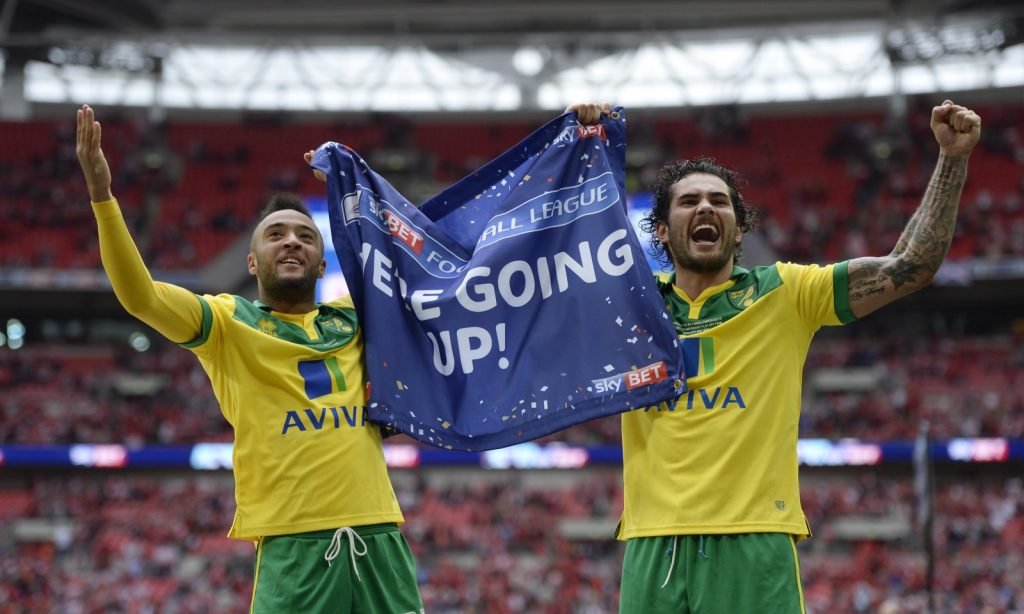 Sadly, the following season was one characterised by poor decisions on and off the field by those in charge at Carrow Road and 2015/16 ended in relegation. It would take Norwich three years to make it back up again but yet again, a combination of poor decision making, coupled with some horrendous injury issues in defence look like costing us another relegation.

It isn’t over yet though and I feel that post lockdown football is likely to be as much about fitness, certainly in the early games, something that we have to be ready for, whatever your take on the rights or wrongs of playing football again so soon.

As it turned out, we got back into Norwich on that wheezy old double decker at 1am and then struggled to find a taxi back to my mate’s in Sprowston. We eventually made it and got home, exhausted but happy, at around 2am.

“We are Premier League”, I thought as my head finally hit the pillow.