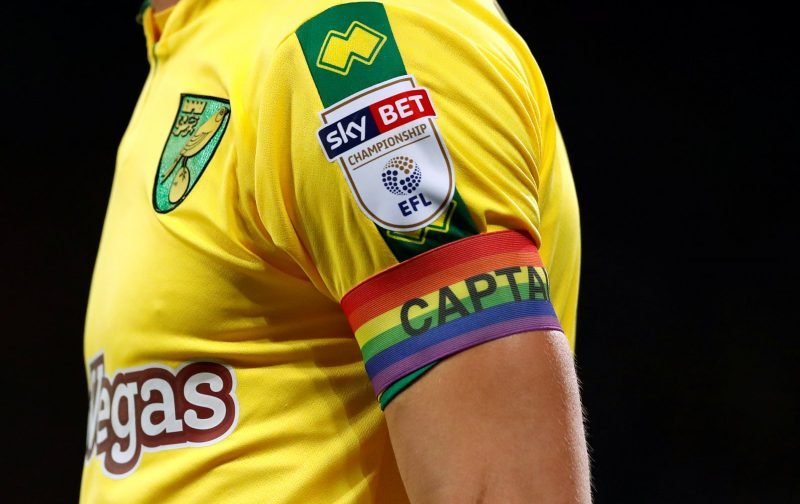 Russell Martin looks likely to be heading out on loan for the final year of his Norwich City contract, says Daniel Farke.

Speaking ahead of Norwich City’s U23 side beating Borussia Dortmund II 6-0, more of which later, the Canaries’ Head Coach explained why the former City Captain and club stalwart was currently training with the U23s.

“When you have such a club legend with such a great career either there is a possibility to back him against all odds and support him in each and every situation, or, the second way is to do without him,” Farke told Radio Norfolk as reported by the EDP.

“We have this decision to send him on loan and to do without him. I think it’s the best decision to do it like this because Russell is not a player who can sometimes be in the team and sometimes not.”

“I’m full of respect for his career and I think it’s the right way to do it, in an honest way,” Farke added.

“I think when you have an experienced player either you back him and give him big responsibility for the team or you have to be clear-cut, and that’s what we did.”

Personally I don’t think the ‘right way’ to do it is to essentially ostracise a club legend, however you want to dress it up, Daniel. #ncfc https://t.co/Gxj3atvyyD

Martin is the only player left from the halcyon days of the successive League One and Championship promotion seasons under Paul Lambert and then the recent Premier League seasons. He has made 309 appearances for City, since joining from Peterborough in 2009.

He was, you will remember, the Norfolk Cafu and a vital part of Lambert’s teams. He was a goal scorer as well and scored 5 goals in the Championship promotion season of 2010-11, from right back. He arguably did as much as anybody to help City up to the Premier League and this ending makes me a little sad for such a decent bloke. We all know though that there is no room for sympathy in football.

Since being converted into a centre back, things have gone wrong for Russ though and it is a shame to see his Norwich career end this way.

There’s no news on his loan destination yet but the writing was on the wall as soon as the news surfaced that he was with the U23 squad in Germany.