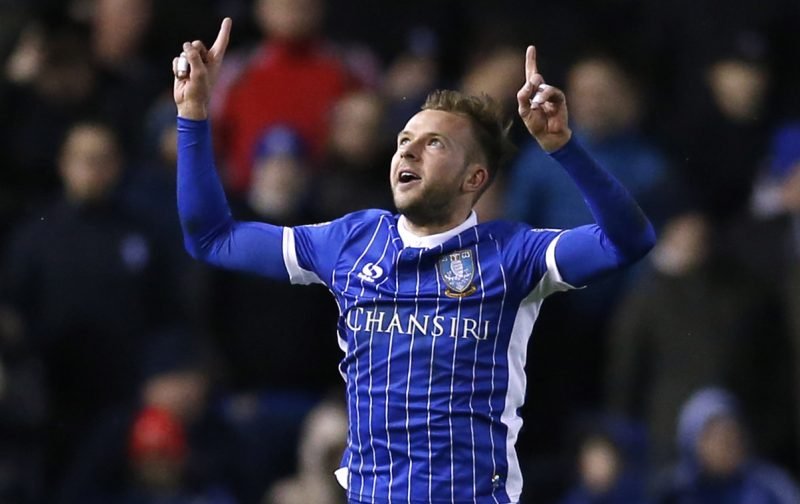 Jordan Rhodes has joined Norwich City from Sheffield Wednesday on a season long loan, both clubs have announced.

Jordan Rhodes has signed for Norwich City on a season-long loan deal!

The 28 year old former Ipswich trainee has been signed as the solution to the eternal problem for Norwich last season – scoring goals.

As a Championship striker, he has a formidable record, particularly while he was at Blackburn Rovers, when he was a team mate of both Grant Hanley and Ben Marshall. In fact, it’s been reported that Rhodes and Marshall are big buddies, so that could help him settle.

During his three and a half years at Blackburn, Rhodes scored an impressive 83 goals in 159 appearances and that was in a team that were generally struggling too. He was sold to Middlesbrough in January 2016 for £9m and helped see ‘Boro over the promotion line with 6 goals. However, after their promotion, Aitor Karanka chose not to play Rhodes too often and in January 2017, he was loaned to Sheffield Wednesday.

He scored three times in 18 appearances but Wednesday had seen enough to persuade them to pay £10m for him the following summer. Last season though, wasn’t so good.

Jordan made 35 appearances (19 starts) in all competitions and scored 7 goals (5 league). He is reportedly on a huge wage, for the Championship, of around £40-50k per week and after being linked with him for what seems like every summer for the last five years, Norwich City finally have their man.

Details of the loan are naturally not being divulged but clearly, Norwich have not paid a £3m loan fee for him. How much of his salary is being paid is also unknown but I imagine it’s quite a bit.

I think this is a statement of intent from the Norwich board. After all, money is tight and we have not exactly been big spenders this summer, which you would expect after the loss of parachute payments.

Rhodes is proven at this level, albeit the last couple of years have not been his best. Could we realistically have afforded a striker with this sort of experience that you could consider “better” than Jordan Rhodes?

I doubt it very much.

This will be a fresh start for Jordan and he will surely be as keen to grab it with both hands and make it a success as we all want it to be.

Much will depend on the service he is given and how much hunger he has. Daniel Farke is often spoken of as a good man manager, so I’m not too worried about that.

Service? Well, Farke’s Norwich rarely provided good chances for the lone striker, a role that Rhodes isn’t perhaps best suited to, last season. I’ve read that Teemu Pukki is another player who works best in a pair, so maybe that’s the thinking this season.

Pre-season is now under way and we will learn more of the sort of tactics to be used as that develops but I’m cautiously optimistic about the Rhodes deal. Yes, it’s only a loan but he is a player who has a lot to prove and he’s being given a chance to do that here.