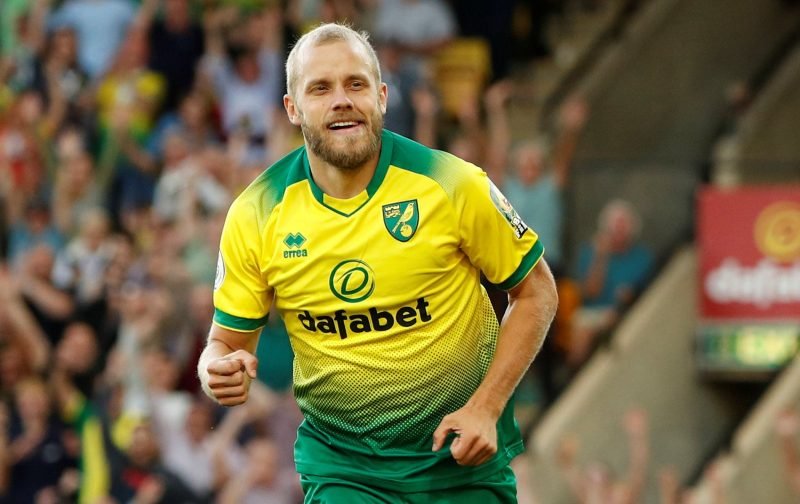 A couple of little snippets for you today regarding the Canaries with the first one being some positive injury news about Teemu Pukki’s toe.

After Saturday’s 1-1 draw with Leicester, in which Pukki scored, the Finnish striker explained that he had played the second half with a suspected broken toe. I listened to him as he was interviewed on BBC Five Live after the game and we were sitting in traffic on our way out of Leicester. Much to the incredulity of the interviewer, Pukki played it down and said “it wasn’t too bad”, although Daniel Farke was more cautious in his words later.

According to the Pink ‘Un, it seems that fortunately, it isn’t a broken toe after all. A few days rest and he should hopefully be ready to face Wolves on Saturday – keep everything crossed.

Timm Klose’s return from injury is also gathering pace with the Swiss defender posting a video of him jogging unaided with a coach on his Instagram page which can also be seen on the Pink ‘Un. It seems that Timm could be back at the beginning of March or maybe a bit earlier. In a season that has been beset with defensive injuries, this is good news, although I’d expect City to try to strengthen in January, depending on the fitness of Grant Hanley.

In terms of transfer news, one player that I would dearly love to sign for Norwich looks to be going to Leicester.

HITC are reporting the story from Sunday’s Mirror that Hull City hotshot striker/winger, Jarrod Bowen looks to be heading to Leicester in a January deal worth £10m. That fee could well be too rich for Norwich to match, even for a player that scored 22 goals in 45 starts last season and has 15 in 22 starts this season. This rather low price for a player, who is only 22-years-old, is due to his contract running down. He is out of contract in the summer but Hull are believed to hold a one-year option on him.

Meanwhile, another player linked to Norwich, this time by Teamtalk is Dundee United striker, Louis Appere. The 20-year-old has impressed this season with 4 goals and 5 assists from 13 starts this season. The Tangerines reportedly value the lad at £2.5m which has alerted Rangers, Leeds and Celtic as well as the Canaries.