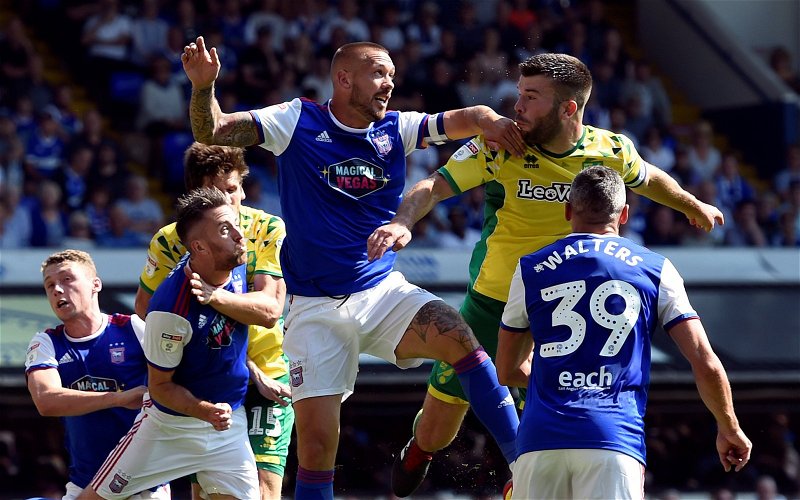 Grant Hanley was a guest on Friday morning’s Football Show on Sky Sports.

The Norwich City Captain was the second representative from the Canaries to be a guest on the show this week, after Stuart Webber gave some opinions that upset more than a few Leeds fans, that was though, after the national media had wound them up with some typically click bait headlines.

Head Coach Daniel Farke was also a guest a couple of weeks ago and his opinion was that he still wanted the chance to work on his little miracle to try to save City from relegation.

Hanley was asked for his opinions on resuming Premier League football by host Kelly Cates and he was also thrown a curveball by Jamie Carragher, who wanted to know if he thought there should be no relegation from the Premier League or promotion from the Championship if both leagues could not be completed on the pitch, as Webber had suggested during his appearance, something that Brighton’s Glenn Murray apparently also agreed with.

Grant expressed his concerns over what would happen next after training had resumed and he spoke about concerns that players have generally, such as those with pregnant wives, like Grant, BAME players being more at risk, or whether there could be long term health effects if you catch COVID-19. He also expressed concerns about players travelling to and staying in hotels and how players safety could be assured.

Ultimately though, just like the club’s Sporting Director said a couple of days earlier, Grant said that Norwich want everything settled on the pitch and they want the opportunity to play their way out of the bottom three.  He was diplomatic with Carragher about that loaded question though.

Generally, I thought that Grant came across well, providing some insight into the thoughts of players that we perhaps haven’t heard much about so far.

"The overall feeling is players have got some concerns. There's just so much uncertainty."#NCFC skipper Grant Hanley discusses Project Restart and a potential return to football on the #SkyFootballShow. pic.twitter.com/AYLRb38g4H