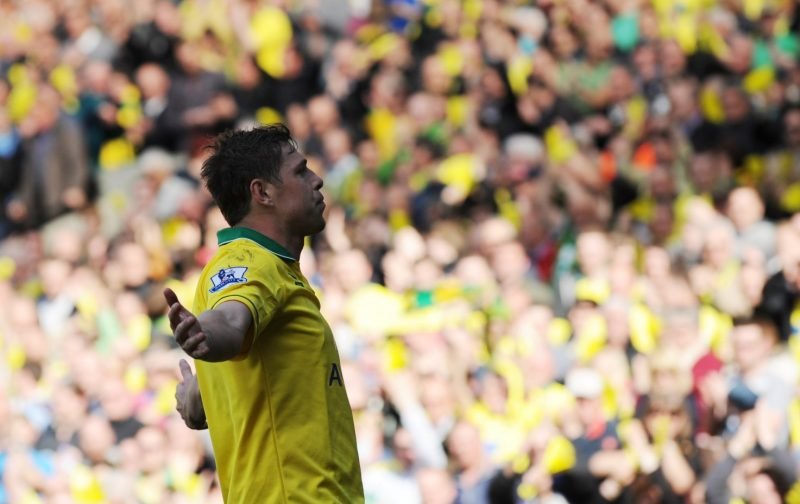 Grant Holt has officially announced his retirement from professional football via Twitter this morning.

The former Norwich City striker has decided to hang up his boots at 37 years of age and after a career of 607 games and 207 goals.

He will be best remembered around these parts for a four-year spell at Norwich during which time his goals helped the club win the League One title, as well as two successive promotions and get back to the Premier League. He scored 15 goals in the Premier League under Paul Lambert.

Holty won the Barry Butler memorial trophy for three years in a row, a feat never equalled let alone bettered by anyone else. He scored 78 goals for the Canaries and is one of my favourite ever players.

The good news is that Holty will become a regular fixture in Norfolk as he was recently announced in a coaching role with the Canaries, predominantly working with the U23s and younger age groups, as well as taking on the role of Director of Football at Langley School.

That role has become free after recently being vacated by former City teammates, Rob Newman and Darren Eadie who I’ve heard have gone on to “bigger and better things”. What exactly those are though, I must confess, I don’t know.

Thanks for the memories Grant and good luck for the future.