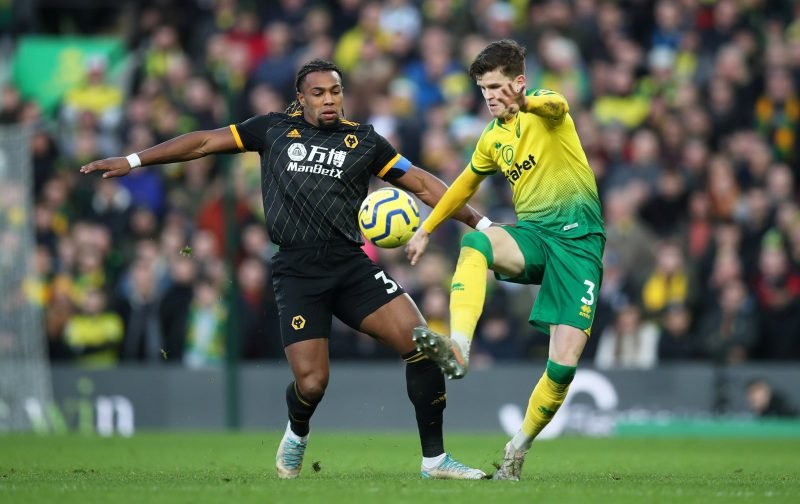 Sam Byram will miss the rest of this year’s football and is unlikely to return to the Norwich City first team until 2021.

Byram initially suffered an injury against Liverpool back in February that meant he had to come off during the game and he was replaced by Jamal Lewis who played the rest of the season and was sold to Newcastle United last week for a reported £15m+ fee.

🗣 The boss is about to speak to the media ahead of Preston!https://t.co/WMXugwY0Ql

“We hope he is available in January. That is the plan. No setback to report but after the second surgery the whole rehab process had to start all over again. That means three and a half months. He will definitely need a couple of months to return to team training. January is more realistic.

“Sam was important for us last season and it certainly didn’t help us when he was injured. After lockdown we were not that successful.

“We had three top class full backs with Max (Aarons) and Jamal (Lewis) as well but it was a lot to ask young players in our situation.”

There have been some questions over the role that Sam McCallum will play this season with him being a young player riding a crest of a wave after promotion with Coventry last season and I’d say that he needs to be playing football regularly. The arrival of Xavi Quintilla was seen as being the signal that Lewis was going to be sold and Xavi would be his replacement and that’s how it looks with the former Barcelona academy player started at Huddersfield last week.

With Byram now out for half the season, can City really afford to let McCallum go out on-loan?

In other news, ahead of the meeting with Preston, Marco Stiepermann is out with back trouble but Josh Martin is fit again and Emi Buendia will be available after suspension. Emi did apparently take a knock in training this week, not a huge problem, but it looks like the bench to start with for him.

Grant Hanley’s return to full fitness is also ramping up with the Scottish defender now being able to take part in some parts of training and if all goes well, a full return could happen as soon as next week.