Is It Time For Norwich To Change At 10? 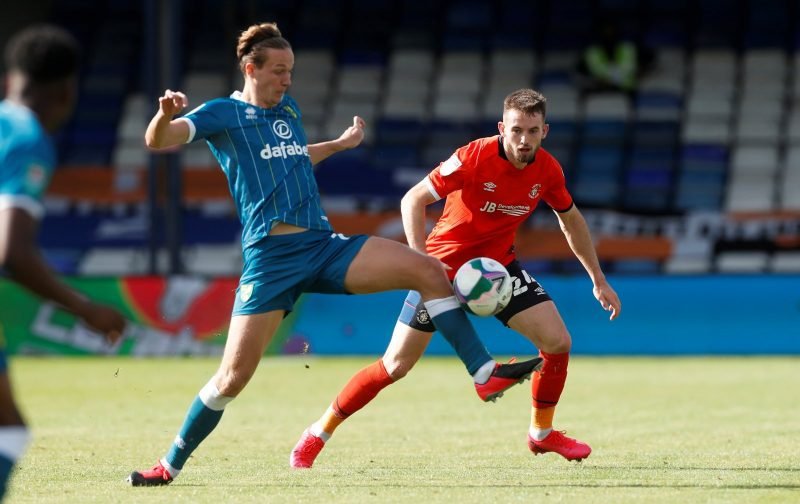 As good as this latest run has been, six wins in a row since the defeat at Swansea, and the old adage of you don’t change a winning team is hanging over me as I write, I can’t help but think one position could be improved.

That curious little position tasked with equally supporting Teemu Pukki as well as finding those pockets of space between the lines to link defence and attack in Daniel Farke’s favoured 4-2-3-1.

It has been an issue since Norwich found that in the Premier League at least, Marco Stiepermann wasn’t up to the job. Lots of different players have been tried there, Kenny McLean, Todd Cantwell (occasionally), Lukas Rupp and of course, along with Stiepermann we have the current man in possession of the position, Super Mario Vrancic.

Mario has plenty of good attributes for the role, being tall, winning more headers than Stiepermann (which isn’t hard) an eye for a pass and that wand of a left foot. At least it used to be a wand but against Brentford the other night, he left his shooting boots at home. Now, I’m not going to write off a player after one game because that would be nonsense. Mario’s dead ball ability is legendary and he almost had another goal at Wycombe last Sunday. What concerns me is his mobility.

Brentford were curiously slow in the passing compared to the last time we played them and that did give Pukki and Mario a chance to close down the back four and midfield more but Mario’s engine does not seem to me, at least, to be up to that harrying of defenders that the role in Farke’s team calls for.

There is one other name who I omitted from the above list of candidates and that is Kieron Dowell, signed from Everton last summer expressly to be the number 10. However, injuries hampered his progress up until the new year and we have yet to see the best of him. He is now fit, if not match sharp obviously, but is being kept out of the side by Mario.

Is now the right time to bring in a fresh player with a point to prove, who I think could improve things even further? I would say so but then again I’m not Daniel Farke, I don’t see them in training everyday and I don’t have the tactical analysis/scouting of Luton Town to talk through with my team of coaches. I’m also well aware of that old adage.

Farke will have another big decision to make as well, if as expected, Todd Cantwell is available again.

Onel Hernandez is another whose season has been struck down by injury but he’s fit again and has filled in for Todd in the last couple of games. He hasn’t set the world on fire but that’s to be expected and Dowell could be in the same position. It’s a tricky one to call.

Does Farke stick with Hernandez and put Todd on the bench or does he recall him at Onel’s expense, as he did with Ben Gibson. Cantwell has been so good this season that I think he’ll surely start the game, assuming no reaction to training on Friday.

Or, might he put Todd in at number 10 and leave Hernandez in the side? It’s another option.

Stiepermann by the way, is working his way back from his own injury/health issues and scored twice for the U23s last night, making him unavailable for this game.

If I was Head Coach, I’d bring in Todd for Onel and I’d bring in Dowell for Vrancic. Too much at once? Daniel Farke may well think so…