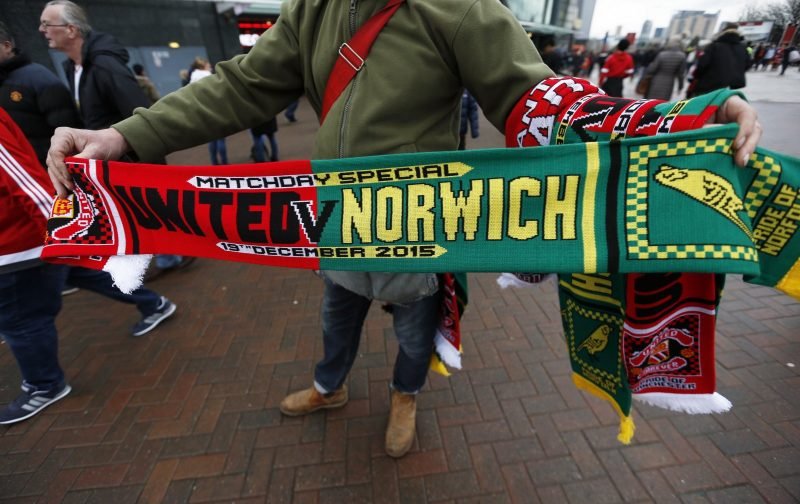 After trudging away from Carrow Road on Saturday evening, having witnessed another gutsy but ultimately fruitless performance from Norwich City I heard an interesting call from a Burnley fan on Radio 5 Live’s 606 programme.

We used to listen to “Canary Call” in the car on the way home but the family consensus is that none of us can stand it anymore. I just can’t abide listening to the views of Mary from Ditchingham or John from Newton Flotman (who didn’t go to the game but listened on the wireless) anymore. Much of the caller content is drivel, sorry if that offends anyone.

Anyway, back to this Burnley fan. He was talking about Burnley’s decent good run and the host pointed out that the Clarets are now just five points off a European place in the league table. Rather surprisingly, this fellow said that he wouldn’t want to qualify for European competition and that his club’s only goal was to stay in the Premier League. That, he said, was their objective at the start of a season which is fair enough, but he didn’t want all the travelling to Azerbaijan and other such murky places to jeopardise his side’s place in the top flight. He’d seen it happen to Everton before, although they’re still in the Premier League, so what chance would Burnley have he questioned.

That got me thinking about the age-old problem, of what to expect as a Norwich fan?

Is becoming a stabilised, regular member of England’s Premier League enough, like it seems to be for this Burnley fan? Is that even realistic for the Canaries?

A mate at work is a Spurs fan (not plastic, he actually goes to matches) and I had a conversation with him about it recently. He suggested that Norwich always do this. They get promoted, don’t invest in the squad and then get relegated.

“You need to invest like Sheffield United and Villa have done,” he said. I don’t disagree but The Blades are owned by a Saudi prince and The Villains are, I think, owned by an Egyptian billionaire’s consortium. In other words, money is plentiful for those two teams and even with those riches, Villa aren’t exactly comfortable in the table yet, are they?

I understand the plan that Stuart Webber has put in place and it makes perfect sense. As the Premier League’s only self-funded, debt-free member, Norwich need to do things differently and that’s why such big efforts are being put into youth and the academy in the hope that more gems such as Todd Cantwell, Max Aarons, Jamal Lewis and Ben Godfrey can be unearthed by the recruitment team. The idea is that you produce superstars rather than signing them and then sell them for a huge profit – the resulting transfer fees are re-invested and keep the club self-sufficient.

However, it looks to me that next summer is going to be a big one in the corridors of power at Carrow Road. Relegation is not yet a given but it looks increasingly likely and that’s not me being negative, it’s realistic. I won’t give up my levels of support, even when/if it is confirmed and will continue to sing my heart out as always. But, whichever league we are playing in next season, there will be offers for our best players and because of what they have shown this season, there will be big offers.  I don’t think for one minute that there will be a fire sale but I do think that three or four players could easily be sold for large fees, potentially bringing in as much as £100m+ into the Canary coffers.

Will that money be reinvested in the squad, will we be buying players for £10m+ in the Championship, like Middlesbrough and Forest have? Or, will we look to unearth more Emi Buendia/Teemu Pukki types of transfers? If we do that and it comes off then great, everyone is happy but I think we all know that this level of recruitment for that sort of outlay is not sustainable year in, year out. More likely is that money will have to be spent and probably much more than was spent in an effort to stay up this year. If that happens and the team are challenging for promotion, and we certainly should be, then what happens if we go back up again?

Norwich will then, I believe I am correct in saying, officially have been promoted to the Premier League more times than any other club, meaning by definition that we will have received more parachute payment cash than any other side. Look up the term “Yoyo Club” in the Oxford English Dictionary and there will soon simply be a picture of the club crest.

What should we hope to achieve in the Premier league though?

My Spurs supporting mate reckons we should look to become established “be like Brighton or Bournemouth” he said. “What, just survive each season, lower half?” I responded. To win and draw more than we lose and occasionally take a beating off a big club and sometimes getting a win at Old Trafford is not exactly an exciting thought, is it? Or maybe it is?

So what can we hope for?

In the inaugural Premier League Season of 1992-93, Norwich City very nearly won it. We led the table for most of the season, only fading in the final few weeks. Will we ever be in that position again? Highly unlikely with this funding model, although I accept and understand that’s where we are at. It just depresses me that I might end up hoping for nothing more than “staying up.”

Before Leicester City pulled off their minor miracle by winning the Premier League as a massive underdog, an unfashionable winner for sure, no pundit ever thought such a thing was possible. It does give the rest of us hope but history in this current format of the English top-flight is not on the underdog’s side.

Maybe I’m just an old romantic but winning things is what sport is all about, whatever sport you watch or support, you want your team or the person you support to win. Whether it be a single game or match or a title or cup, it’s what we want, or at least I do.

Last season’s Championship title-winning season would’ve had the gloss taken off it for me if we had only finished second and this is more about effort, blood, sweat, toil and, of course, winning for me than it is money, although obviously in modern sport, money buys the best players and the best designers for your F1 car etc.

I’ve come to the conclusion that modern football and perhaps modern sport, in general, is rubbish and that I long for days and seasons gone by, when money didn’t rule everything and clubs weren’t owned by entire countries and getting banned from European competition for financial irregularities (it was just hooliganism then). It was also a time when a club like Norwich City could be really competitive rather than just making up the numbers, which is sometimes how it feels to me.

Maybe it’s just an age thing or maybe I need to go full-on plastic and get myself a half and half scarf.

7 Replies to “Is Modern Football Rubbish?”