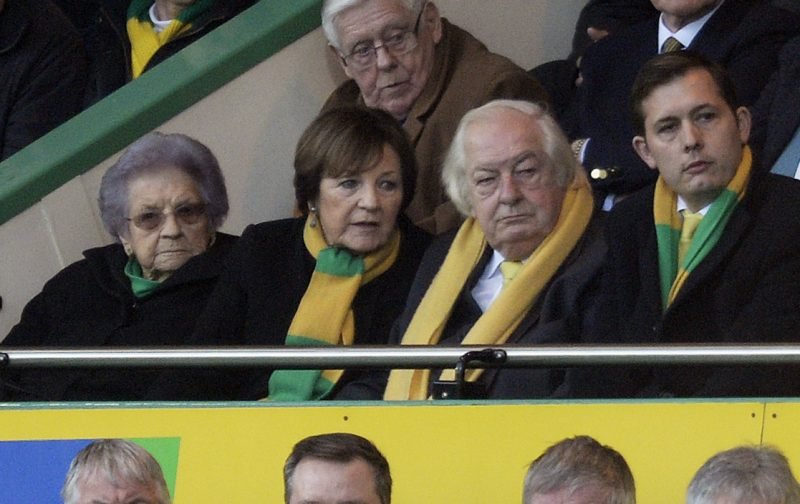 Norwich City have been promoted to the Premier League at just the right time. We might not want to admit it but if City had failed to win promotion this season then there would’ve been some big problems for the Carrow Road board.

Stuart Webber and Daniel Farke are being lauded, and rightly so, for producing a title-winning football team on a tiny budget, compared to most of their opponents, in the Championship.

There are some rich clubs in there.

Villa, Forest, Derby, Leeds and West Brom, although the Baggies have their own financial worries but still managed to keep hold of virtually all last season’s Premier League squad and add Dwight Gayle to it.

However, those finances were enforced upon Webber and Farke and they knew it from day one. Webber employed a Coach that he knew could develop young players because that was going to be the club’s way out of the financial mess inflicted during the previous Premier League attempt at stability.

Too much money was spent on the wrong players and contracts were written that are still financially hurting us now.

The news that both Wigan and Everton are due £1m+ payments for Yanic Wildschut and Steven Naismith being part of a promotion winning club is a bitter pill to swallow for the fans, let alone the club but there you go, that’s football.

Webber has already said that the board will not do anything to endanger the club’s safety, as was clearly done under the watch of David McNally, who threw a bit of an all or nothing attempt to stay in the Premier league in January 2016.

Naismith, Ivo Pinto, Matt Jarvis and Timm Klose were all signed permanently in that winter window and only Klose has really lived up to the billing at the time. The fact he’s re-signed is excellent news and very sensible too.

Where else could you get a player of Timm’s quality in that position for less than £10m? You couldn’t.

As reported by Keiran Maguire (Price of football), you can see here that City have arranged a bank loan on the back of TV income to allow the club to wheel and deal over the summer.

Norwich City take out a loan from Barclays secured on outstanding TV money due from present season & amounts guaranteed from Premier League for 2019/20. Looks as if they’re preparing their transfer pot for the summer nice & early #NCFC pic.twitter.com/BcYrQEv1SD

I remember Delia once saying words to the effect of even in the Premier League, the club had very little money and that is of course, due to the extra costs of operating in the rarefied atmosphere of the top flight.

Correct. Potential payments of £22 million depending upon conditions being satisfied pic.twitter.com/sHiaMtWRro

By the look of the above, we’re £22m down already, which is almost the entire transfer fee for James Maddison, to try to help you visualise it. This loan will help pay for things like those payments to Wigan and Everton, as well as the Club bond and probably the promotion bonuses due to the first team squad.

There are other things afoot though and I am aware that the club is being very savvy about how their money will be spent. There is some big news coming on that front but you’ll have to wait because I can’t tell you here, it wouldn’t be right for the club.

So there is going to be a lot more to this summer than just throwing money at the problem of signing players good enough to keep the club in the PL.

Running a football club is a huge and, without TV money, horrible business from a financial point of view unless you’re minted. That’s why promotion was crucial for Norwich this year because, without it, we would’ve seen the slow drawn out sales of our best players summer after summer.

Imagine if we were in Leeds’ position now.

Would we be able to keep Pukki, Aarons, Lewis, Godfrey or Buendia?

Highly unlikely because money talks and Leeds will need to brace themselves for bids for their star players. I don’t think City will be splashing £12m on the likes of Kalvin Phillips either. I’m sure Webber would be interested in him but not at that price.

So, Boxing clever will be the order of the day and as you can see from the above, we’re not going to be minted just yet.

Huddersfield earned £93.6m from finishing rock bottom last season and that’s the bare minimum City can expect. Investing it wisely will be key but with Stuart Webber at the helm, I think we’re in safe hands.