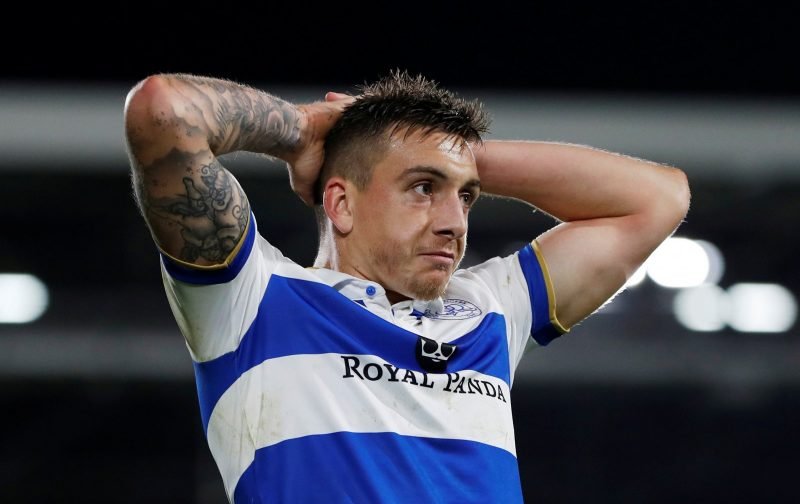 You may have noticed that Norwich City have a new striker.

It’s been a bit of a saga over the last few days but the deal has finally been done and Jordan Hugill is a Norwich player. The fee is being reported by The Athletic’s Michael Bailey as being an initial £2.6m plus add-ons which will take the final fee a fair bit higher, probably closer to the £5m that was reported as being wanted by West Ham.

"One of the main reasons I’ve come here is to get this club back in the Premier League."

By his own admission, Jordan is a bit of an old fashioned type of striker and I think that’s exactly what we’ve been missing ever since Grant Holt was sold to Wigan.

We’ve badly missed a leader, someone who leads by example and puts himself about a lot. A striker that will be useful at both ends of the pitch aerially and who isn’t bothered about breaking a defender’s nose with an elbow now and then.

Norwich’s beautiful game has been little more than that over the last season and it was painfully apparent that the Canaries’ players were mostly too small and too easily knocked about when put up against the best sides in the league or even some of the average ones, to be fair.

Players like Paul Pogba, Kevin De Bruyne and Jordan Henderson are not just good with the ball at their feet, like our lads are, they are physically stronger, to the point of overwhelming our smaller, weaker ballers.

The addition of players like Hugill, Jacob Sorensen and hopefully Ben Gibson should provide more physicality for the gruelling Championship and if we can keep hold of our best players, or at least most of them, then we should be in with a big shout of a promotion challenge.

We’ve lacked a player who can keep the ball in the corner, winding the clock down for those final seconds to see a game out, someone who can buy a cheap foul against him to do the same or to take the pressure off in the opposition half. We’ve also lacked a player who can score a towering header from a whipped in cross, we will of course need a few more of those crosses than we had last season but our new Polish winger should be able to help out with that.

All in all, Jordan Hugill looks set to be the Plan B or maybe even part of the Plan A that we just didn’t have for much of last season. The endless possession with little or no end product should now have an outlet with a player at the opposite end of the field to Tim Krul who can take a long ball and hold it up before bringing others into the attack.

Just imagine if Daniel Farke has decided to play with two forwards on occasions and we end up with either Teemu Pukki or Adam Idah running off Hugill’s flick-ons. That might be a bit retro but there will be times when a different idea is needed and I think we’ve now got it.

Welcome aboard, Jordan, I for one can’t wait to see you play in the famous yellow and green.