Keeper Update, Two Hoping To Leave This Month And A left Back On The Radar – All The Latest Norwich Transfer News 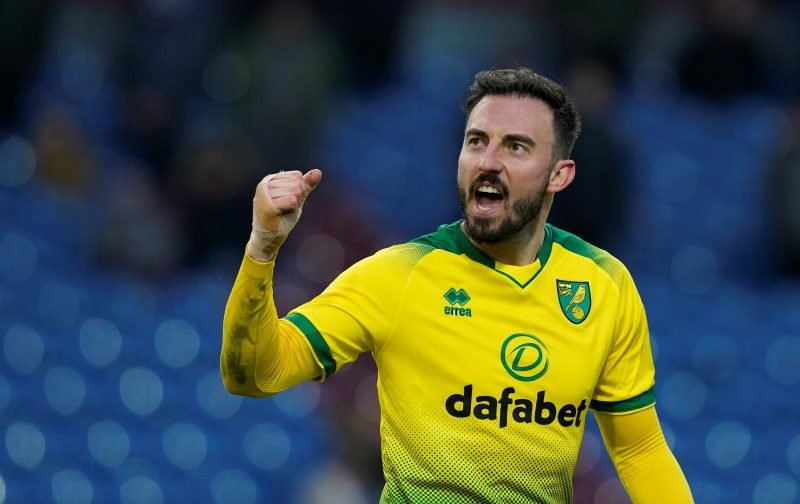 We’re now almost halfway through January and still there have been no incomings or outgoings, for that matter, at Carrow Road.

The fact that Norwich City are seeking a senior back-up goalkeeper to Tim Krul this month and the need for cover at left back are no surprise to anyone who has listened to Daniel Farke talk over the last month or two.

The injury sustained by Michael McGovern has thrown Daniel Barden into the limelight and he looks likely to continue to deputise at Cardiff this weekend again for Krul, who is still recovering from Corona Virus. Barden has done well and looks like a great prospect but that hasn’t stopped Norwich looking for senior cover, as revealed by today’s Eastern Daily Press.

According to the EDP, Norwich have held talks with former Norwegian international and Aston Villa, Keeper, Orjan Nyland but that no decision has been made by either party as to whether he will join the Canaries.

The report carries some quotes from Nyland in which he suggests that he would be happy to make a short-term move now, as he is a free agent, and then reassess his longer-term prospects in the summer. That could be exactly what Norwich need at the moment. If he fits in and does well, although clearly Krul will remain the number one assuming he suffers no long-term affects from COVID-19, there could potentially be the offer of a contract with a newly promoted Premier league side next summer.

One to keep an eye on, for sure.

Meanwhile, the same EDP story also caries word of Moritz Leitner and Josip Drmic. Both men have been cast aside by Norwich but both are keen to re-start their careers somewhere else with both their agents reportedly working hard to move them on this month.

It does neither the players nor the club any good at all to have lads on the books who can’t contribute, for whatever reason, and a move looks best for all sides.

Finally, Norwich’s search for cover at left-back has been linked with the name of young Fredrik André Bjørkan. The 22-year-old currently plays for FK Bodø/Glimt in the Eliteserien, which is the top division in Norwegian football. He’s a Norway U21 international, but is yet to be called up for the country’s senior squad.

This link comes via the72.co.uk and suggests that this lad is on the radar of several clubs they name as being Newcastle and Leeds plus Sampdoria. A fee of £1m could be enough to sign him but Norwich are suggested to have an edge due to the prospect of first-team football being more likely in the Championship than with the others in either the Premier League or Serie A.

One big concern for me is that Norwich are still linked with left-backs, suggesting to me that Sam Byram, who can play on either flank is not likely to return in the short-term. Byram showed he is a very good player last season in the Premier League but he came to Norwich with a chequered injury record and it seems his body is still letting him down. Fingers crossed he can get back to full fitness again because he is a great option to have.