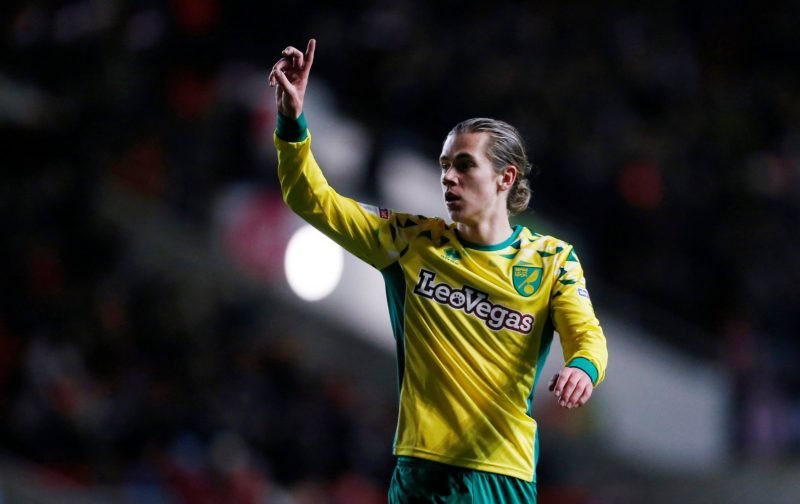 Daniel Farke spoke to the media at Colney on Thursday lunchtime for his usual pre-match presser. This weekend’s match is a day earlier than usual with a Friday night game which will be broadcast live by our old mates at Sky Sports – I’m being sarcastic there!

The first thing that Farke did was to try to keep out collective feet on the ground. Yes, after 35 games we are flying high in a position that no-one outside of Norfolk expected but with Swansea, labelled “one of the best possession sides in the whole league” by our Daniel, up next he emphasised that his charges need to be switched on or fail.

In terms of injuries/team news, it’s pretty good. Ivo Pinto has trained for the whole week and is available. Todd Cantwell is also back with the first team and will be a late call, with Farke emphasising there is no rush to involve him due to other options available.

Meanwhile, Louis Thompson is back and Farke expects him to be available after the next international break. Hopefully, Louis can get a bit of game time before the season ends after what has been a tough 2018/19 for him.

There was a little light shone on what training is like too and the way that the players are ultra competitive in the sessions as they all want a place in the team. Farke spoke about fairness and players taking chances when they’re given and that the player who returns from injury understands that he can’t just walk back into the team if others are performing well.

That’s something that we have seen several times this season and I think it’s part and parcel of why we have this team togetherness and obvious spirit in the group.

Farke did add though “It’s always tempting to throw Moritz Leitner in because I love his style and he was there with outstanding performances but he was out for several months and it’s not that easy to come back and be immediately brilliant.”

I think we all think like that about Mo, Daniel.

The away game at the Liberty Stadium earlier in the season ended up a comfortable 4-1 win but I don’t expect anything so simple this time around. The Swans will be keen to put that beating behind them and put on a performance, especially with games against West Brom and Manchester City (in the FA Cup) on the horizon, to try to put the record straight.

The theme running throughout this press conference was concentrating on one game at a time and dealing with the next opponent in front of you rather than looking further ahead.

Swansea City are a team who still have the majority of their Premier League squad and they need to be treated with caution. I have no doubt that Daniel won’t let anyone get carried away just yet and as he says they want to stay “greedy.”