Klose Returning To Basel, Godfrey Signs For Everton And Speculation Swirls Around Buendia And Cantwell Plus Max Aarons Update 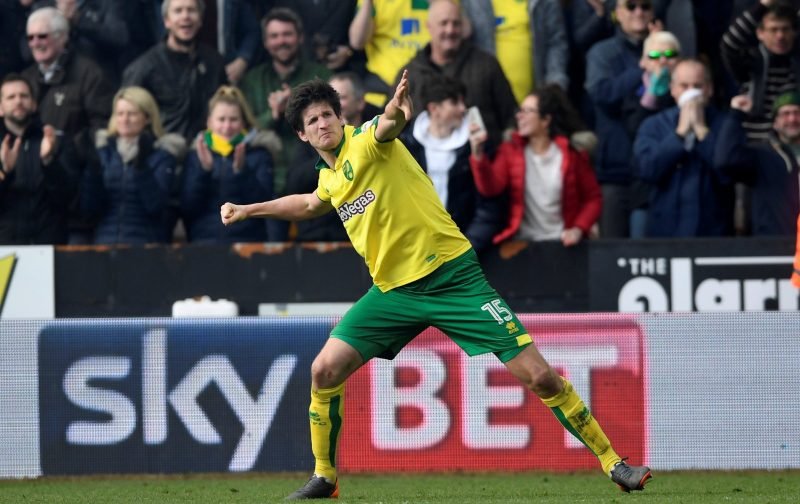 Timm Klose could be set to return to his boyhood club, FC Basel according to the Daily Mail.

Today, if you somehow missed it, is Transfer Deadline Day, much beloved of Sky Sports with the whole yellow ties and dresses thing. At least it is deadline day for international transfers with the window closing at 11pm tonight. After that though, Premier League clubs can still trade with EFL clubs for another week yet. It does seem though that the Swiss transfer window doesn’t close until 12th October, so no real rush on such a move.

Bit of chat around Timm Klose. Have definitely been discussions over a season loan to Basel with a potential option to buy.

Klose contracted to Norwich until June 2022.

Worth noting the Swiss transfer window closes on *MON 12 OCT* – so no urgency here.#NCFC @TheAthleticUK

Klose has made over 120 appearances for Norwich since joining from Wolfsburg in January 2016 although he has been injured for several longish spells, which have obviously reduced his game time. He is a big fan favourite with a huge personality, although many might agree with me in saying that his legs are no longer what they once were. With money in the bank from the sale of Ben Godfrey, perhaps if Timm leaves we might actually be stronger in defence come the end of the transfer window if a suitable replacement could be found.

Timm signed a new three-year-deal with Norwich in the summer of 2019, meaning that he has two full years left on that deal, and being likely to be a fairly high earner it does make me wonder if there is an angle here. It’s worth bearing in mind that Basel have made two previous attempts to sign their former U21 player as well.

With the clock ticking we will know soon enough.

With Ben Godfrey having been officially unveiled as an Everton player this morning, any sale of Klose would leave City quite short at centre-back, unless they have a plan in place for a quick replacement.

Delighted to sign for @Everton, can’t wait to get started with this huge club!💙 pic.twitter.com/879aghQ7Sl

The fee for Godfrey is being reported as a record by the Canaries with various unsubstantiated reports stating that it is £25m plus around another £5m in add-ons, which comfortably beats the next previous best sale of a Norwich player, James Maddison in the summer of 2018 for £24m.

If Klose leaves then we will be left with just Christoph Zimmerman, Ben Gibson and Grant Hanley as senior centre-backs, all three of whom have had their own injury problems in the last twelve months. I can’t believe that the board would leave us that short, would they?!

Meanwhile, speculation continues to swirl around Todd Cantwell and Emi Buendia. There are no new links that I can see though, with Leeds United continuing to be heavily linked with both players.

Finally, the threat of Max Aarons leaving for Bayern Munich seems to be disappearing rapidly as the German and European Champions are in the process of making a new signing today.

Marseille right-back Bouna Sarr currently in the process of his medical, ahead of joining Bayern Munich.

Just in case any of you were wondering about Max Aarons today. #NCFC @TheAthleticUK