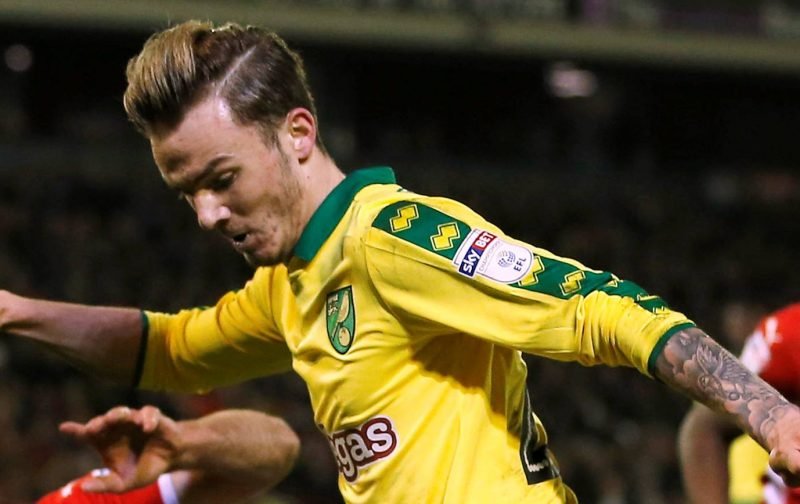 Norwich City`s stand out player of the 2017/18 season, James Maddison has been named in the EFL Sky Bet Championship Team Of The Season and he`s also been nominated for the EFL Young Player Of The Season award.

Maddison has scored 13 goals so far and has seven assists in the Championship, a level of performance that has effectively kept the Canaries in the league and out of relegation trouble.

Had Madders not had the season that he`s had, I`d hate to think where we`d be and that will be a problem that Stuart Webber and Daniel Farke will have to wrestle with in the summer, when the inevitable transfer offers come flooding in.

It`s been a breakthrough season for the former Coventry Academy product and one that has seen him earn his first England U21 caps as well.

Here`s the Championship team of the season:

Maddison has also been nominated for the EFL Young Player Of The Season award alongside Ryan Sessegnon (Fulham) and Ruben Neves (Wolves).

The winner will be announced at a ceremony in London at the Hilton Hotel, Park Lane on Sunday, April 15.

The winner will be decided when the votes of all 72 EFL managers are counted with the EFL team of the season also being announced on the night.