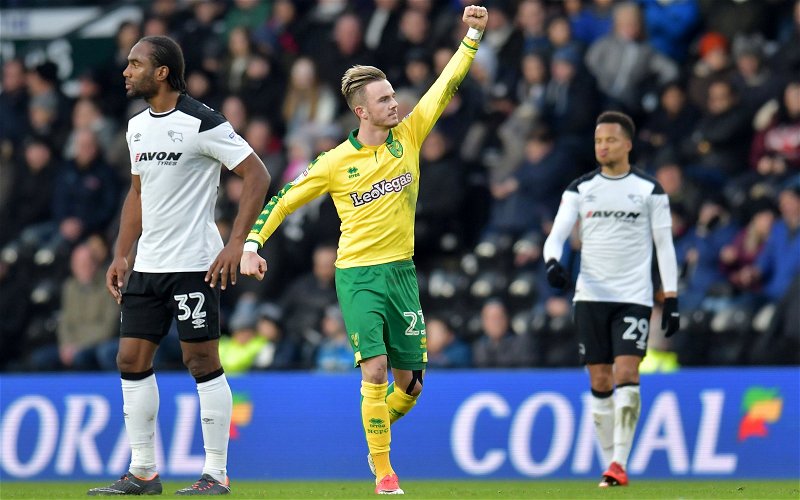 On what is otherwise, a fairly slow news day regarding our beloved Norwich City, here’s something to brighten your weekend, at least until we start talking about him leaving.

It comes from James Maddison’s Twitter account (@Madders10) and it’s a showreel produced by his dad of his best bits in a Norwich City shirt.

The latest on Madders and his “will he stay or will he go” saga is that Leicester City and Everton are being widely described in the media as “front runners” for his signature.

The EDP’s, Michael Bailey has Leicester in the driving seat and reckons that the Foxes are potentially ready to move for Maddison after the impending sale of Riyad Mahrez to Manchester City is completed.

You can read more about that here.

Anyway, on with the showreel…

Very pleased with what I achieved last season from a personal point of view. Here’s my dad’s latest video of all my best moments for #NCFC so far. The benefits of my old man being a graphic designer???????????? Share and Enjoy guys❤️ #JM23 https://t.co/QQkTu9f2Ru

I can’t help but think there’s a little irony here as all this transfer speculation swirls around him. It’s almost like an advert for the Premier League to come and get him ????

Either of those clubs would be a decent move for him, I think. There’s no point in moving to a club where he’d never play and he needs to play to keep developing. Leicester would also be close to his friends and family.

With regard to the fee being mentioned, it’s being spoken of at £20m plus, although no one really knows the detail yet. No doubt there will be add ons as well and there is, of course, a sell on fee to pay to Coventry City, assuming he moves on.

Plenty of City fans on social media are saying that fee is too low but it would be a record for a Championship player, by some distance, and he has never played in the Premier League. Taking my yellow tinted spectacles off for a minute, I can see that £20-25m including add ons would be a realistic valuation.