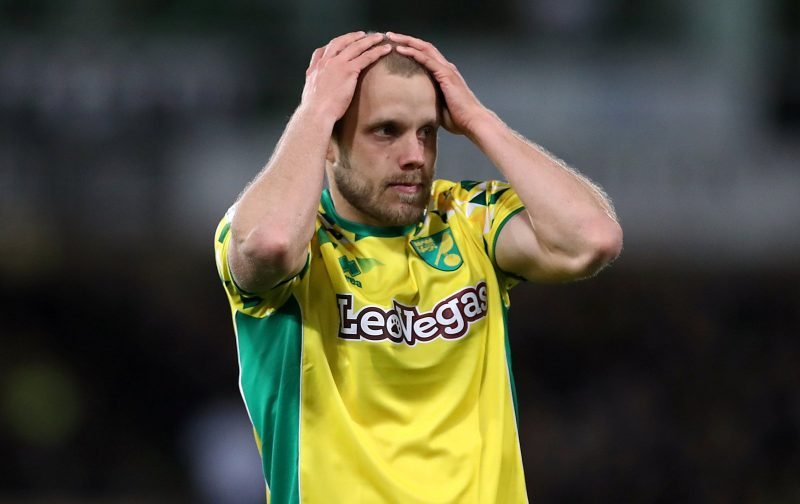 In case you haven’t seen the EDP yet, Michael Bailey is leaving Archant.

So after almost 12yrs @Archant for @EDP24 @pinkun @EveningNews – today it comes to an end.

It’s been an extraordinary journey; one I’ll always cherish. All I can say is THANK YOU to every person that helped me along the way.

That is, I think, a real loss for Archant and for the way that Norwich City will be reported locally. He has been an excellent local journalist and one who has embraced new methods and ways of delivering news and media and given them a right good go.

I do know him personally, having met him for quite a few Pink ‘Un shows over the years and I can tell you that, it seems to me, he has been one of the main drivers there behind all the new media that Archant have put out over the last few years with regard to the Canaries.

If he reads this, I can already see him shaking his head and disagreeing with that last line and that’s because he’s a very nice chap.

Videos, The Pink ‘Un Show on the old Mustard TV and now YouTube, podcasts, Twitter, Instagram etc, he’s been there at the forefront of all this new media as it has been introduced and he’s used most of these platforms to provide some brilliant fan content for the Canary Nation.

Newspapers are a dying business model and no longer is it just about the old hacks like Mick Dennis hanging around outside the player’s lounge waiting for a scoop to happen, knowing that they can’t go back to their editor empty-handed.
The printed press is being managed as it dies, as owners and editors look for new ways to get news to people and get them to pay for it but it’s still slowly and painfully dying.

Subscriptions have been tried and not really taken off, with Joe public showing that they would rather scour the internet for free news, especially if they can find an accurate source for it, than put their hands in their pockets.

That has brought those annoying pop-up adverts that are on virtually every website that you care to look at these days, including this one. They are annoying but it’s a way of people making money out of the news and let’s be honest the people who provide news are at work, looking to pay their mortgages, just like the rest of us.

You’ll note that I say “us”. I don’t include myself in the making money out of news media but I suppose that websites like this one have and are contributing to the demise of the printed press. That’s why Mick Dennis gets upset every now and then at what he describes as churnalism. I get that but it isn’t why I started writing for Vital Norwich and in its current form and content, I hope you all get a lot more than Churnalism out of it. Yes, there are adverts but believe me, I don’t write Vital Norwich for the money.

For me, it’s a hobby. I’ve always enjoyed writing and what easier thing to write about than the football club I love?
I started out writing match reports for the then editor Mike Dilley, having replied to an advert on the site. Mike left after about six months and then the new editor quickly realised he couldn’t balance a new baby with the effort required to run Vital N so I got asked if I’d like to do it.

After a lot of deliberation, I agreed and was suddenly running the thing. I’ve been writing Vital Norwich as you see it now, pretty much single-handed for the last eight years or so.
I had no instruction on how to do it or what I should write about, so I’ve made it up as I’ve gone along. I’ve stuck mostly to the written word myself, due to the job I do rather precluding me from putting my face all over the Internet but in the future I could easily see that changing.

It’s still really all up in the air for newspapers at the moment and those old hacks are needing to adapt and change to new methods quickly, or risk being left behind as dinosaurs.

It’s happened in a lot of businesses over the last decade or so with the advent of the internet meaning that there is a lot more information available at your fingertips if you want to know something.
What’s the best food processor on the market? What is the best hotel in Marrakesh? How long do ants live? How do I change a toilet seat? Etc etc etc.

Getting back to Michael, I know that he put in a massive amount of extra work to get the Archant stuff up on the main sites and out on all the associated media platforms, often working long hours with his various projects that could mean meeting fans out of work to produce the content. He’s certainly worked very hard to help Archant keep making money out of news.

Not to mention, of course, being away up and down the country every other weekend, sometimes in mid-week too, following the club.
He’s got a young family himself, so I guess Mrs Bailey must be a very understanding lady.

Michael is an absolute gentleman, generous with his time, opinions and with a huge work ethic. He will be a big loss to Norfolk’s local media but a big gain to wherever he ends up. He is a very talented journalist who I have no doubt will make a big success of his next project (unannounced but close to home, I wonder…) he also started out being the editor of Vital Norwich – just saying.

Good luck for the future, Michael and hopefully our paths will continue to cross.

I’ve just heard that Dave Freezer will be filling Michael’s proverbial boots at Archant, so all the best in your new role, Dave.